When human rights NGOs go to court, there are many key factors to consider beyond just “winning”. 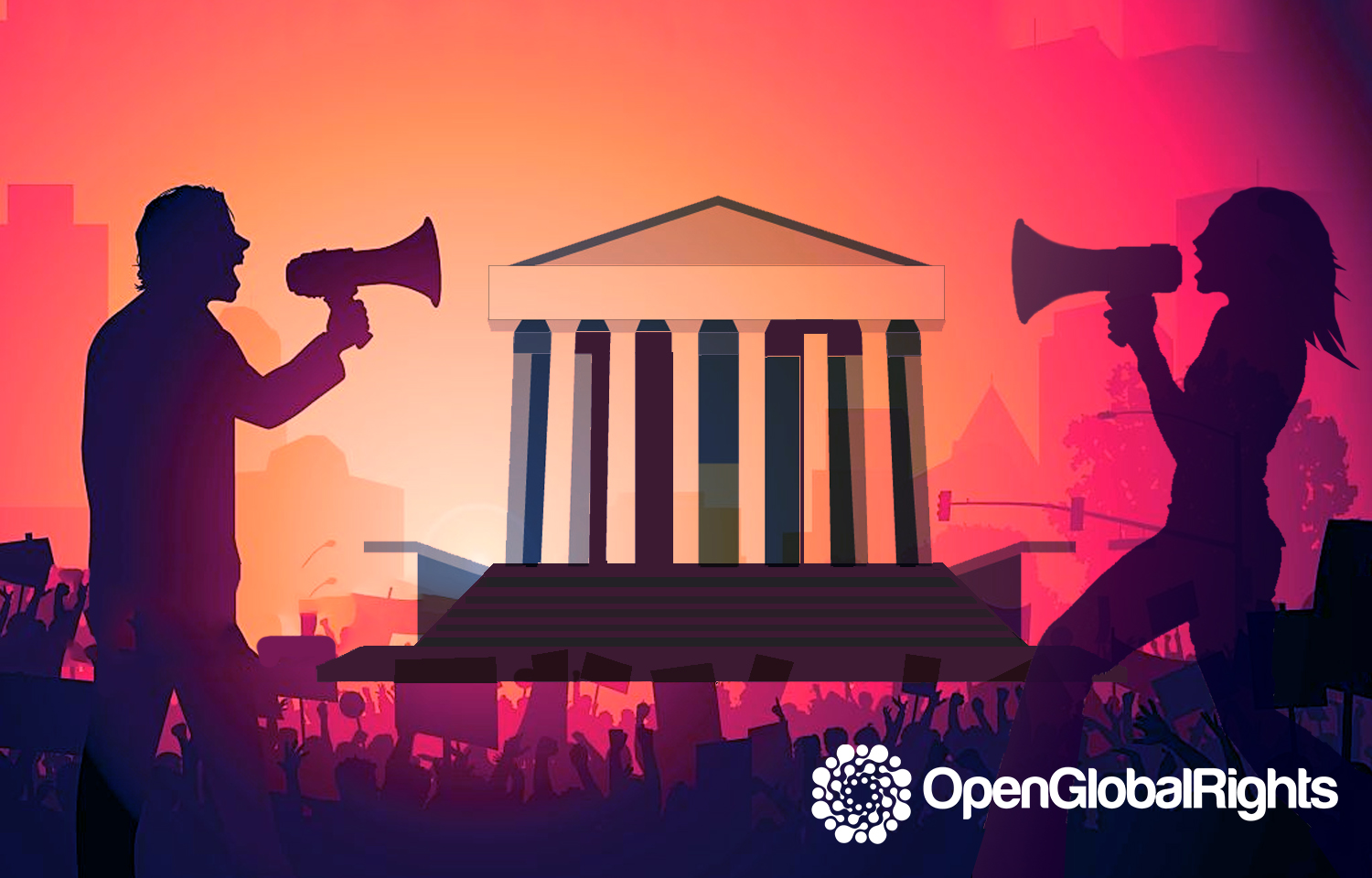 Amnesty International’s (AI) expertise and reputation have developed around the twin pillars of research and action. However, as we struggle to make progress in advancing human rights reforms, increasingly we have turned to the courts as well. Twenty years ago, AI Canada may have shown up in court once every two or three years, whereas now we often have 10 or 12 active cases across a wide range of issues (in which we are the applicant in a law suit, the intervenor in an appeal hearing, party to a judicial inquiry, or involved in some other way). This is a significant shift for AI. The following are some of the factors we keep in mind in shaping our legal strategies.

Grounding cases in our work

Cases we take up relate to matters where we are already active. AI’s mission extends to the wide expanse of the Universal Declaration of Human Rights and other international human rights instruments, but priorities and expertise shift over time. And some human rights issues have simply not been taken up in our research and campaigning—the right to vote being one clear example. Tempting though it may be to get involved simply because the case deals with a compelling or novel human rights issue, our efforts are inevitably more meaningful, and our chances of being granted standing or intervenor status all the greater, when it stems from ongoing work already underway.

Being consistent with other strategies

The companion to the first point is to ensure consistency across our various strategies, be they research, campaigning, public education, high-level advocacy or media outreach. How can litigation boost efforts in those other areas, and vice versa? That may mean toning down a related campaign when the issue is before the courts, or intensifying high-level advocacy as the day of a hearing approaches. Or it may mean precisely the opposite. Whatever the overall picture, the aim is to ensure coherence.

Determining whether to intervene or initiate

As a general rule, the bulk of our legal work has been as an intervenor in cases that have been launched by others. While litigation is increasingly important in our work, it remains a secondary strategy and we do not have the capacity to be the primary plaintiff or appellant in a dozen cases. There may, however, be times when it is essential to take the step of initiating a legal case, particularly if it would be too dangerous or difficult for individuals or communities to do so, and where there is a reasonable likelihood of being granted public interest standing. AI joined with other civil society partners in launching court cases against the Canadian government in 2007, challenging the practice of transferring prisoners apprehended during military operations in Afghanistan into the hands of Afghanistan security services despite the risk of torture; and in 2006 and again in 2017, challenging the Canada/US Safe Third Country Agreement, which shuts down official Canadian border posts to refugee claimants arriving by land from the United States.

Being aware of pitfalls

It is easy to jump to intervene in a case because the legal issue at stake is consequential for human rights campaigners. But that does not mean it is the most sensible thing to do. There may be competing considerations, especially when there are conflicting human rights in play. Organizations grappled with that challenge in deciding whether to intervene in the Supreme Court of Canada appeal in the Badesha case. It addressed the important issue of relying on diplomatic assurances in the face of a risk of torture or ill-treatment in extradition cases, but the extradition itself was of two individuals accused of responsibility for a so-called honor killing in India. There is also the ever-present concern that weak facts may lead to bad law.

AI Canada has always been able to rely on pro bono lawyers. That list includes many of the top lawyers across the country in their respective fields. Pro bono representation is, of course, crucial due to funding constraints. It also, however, generally means that counsel who come forward have done so because of a particularly keen interest and commitment to the issues at stake. It also helps encourage a deepening and expanding pro bono culture in the legal profession, opens tremendous opportunities for young lawyers to play important roles, and deepens human rights expertise among a wider range of lawyers.

Collaborating with other parties

There is always considerable advantage in taking up cases jointly with other groups and even with individual applicants themselves. Amnesty International’s 2006 and most recent 2017 court challenges to the Canada/US Safe Third Country Agreement have both included individuals who had sought to make refugee claims at official border crossings and were refused. Litigating alongside other civil society groups helps to share the workload and the financial risk (though minimal, if the case fails there may be an adverse award of costs). Collaboration is welcomed by courts looking for ways to limit the actual number of interventions, and the diversity enrichens the quality of the intervention.

Respecting the rights and wishes of claimants

In Canada, AI only intervenes in a case in which the individual or community who is a principal party in the case has indicated that our involvement would be welcome. No matter how consequential a particular case may be in possibly establishing important human rights jurisprudence, at the end of the day it is above all else about the right of that individual or community to pursue justice and seek redress for human rights harms. And it should, in our view, be in their hands to decide which other parties may or may not get involved.

It’s important to take a global view—is this the best case, in front of the most favorable court, at the most strategic moment in time, to seek to set a particular precedent or establish a new human rights legal maxim? Given AI’s international reach we have the advantage of being able to compare the likelihood of success in different jurisdictions. Of course, strategies don’t always line up in such clear and obvious ways, and some cases have to be pursued as they arise. But an effort to keep a wider, global view is always a good idea.

In taking up a case, winning is the clear goal;, but there are other possible “wins” to keep in mind, even if the overall case fails. For example, compelled disclosure of documents may reveal important information that might not otherwise have been on the public record, preliminary motions might set useful precedent on matters such as whether public interest standing should be granted, and the judgement might usefully endorse views and concluding observations from UN human rights treaty bodies. Also, the other side might take steps to improve their policies in an effort to head off the full hearing. In the court challenge to Canada’s approach to prisoner transfers in Afghanistan, the Canadian military negotiated an improved agreement with the Afghan government after the court challenge was underway.

One final reflection: the impulse and imperative to turn to the courts will inevitably rise and fall in response to the wider social, economic and political context prevailing at the time. Looking to the courts is not by any means necessarily the fastest way to achieve change, especially if a case is likely to be bogged down in a number of preliminary motions and ultimately go through one or two levels of appeal. But when campaigning and advocacy strategies are stymied, notably when faced with a government that is resistant to proposals for human rights reform, the courts may not only be the best but even the only option available. No doubt in the current global political context that will increasingly be the case in a number of countries.

Alex Neve is the Secretary General of Amnesty International Canada.