The Inter-American Court of Human Rights has set a precedent with its decision to grant territorial and ancestral rights to Indigenous peoples in Argentina—how will this ruling affect the region? 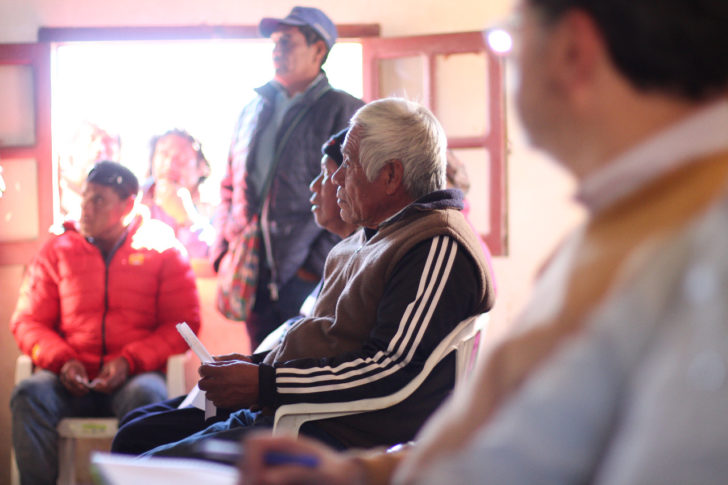 On April 2, a ruling issued in Costa Rica by the Inter-American Court of Human Rights resounded strongly in the arid north of Argentina. For more than two decades, the original communities of the province of Salta had been awaiting the outcome of the case Lhaka Honhat Association (Our Land) vs. Argentina, a case sponsored by CELS since 1998.

After more than twenty years of litigation, the Court ordered the government of Argentina to cede an undivided deed to 4,000 km2 of ancestral territory to the Lhaka Honhat Association of Aboriginal Communities, located in the north of the country. Furthermore, the South American country was convicted for the first time of violating the rights to a healthy environment, food, water, and cultural identity.

It is beyond doubt that this ruling, which sets a new standard at the continental level, is a first sign of justice for a centuries-old debt to the Indigenous peoples. However, despite its paradigmatic nature, this precedent remains precarious.

The right to community property

It is beyond doubt that this ruling, which sets a new standard at the continental level, is a first sign of justice for a centuries-old debt to the Indigenous peoples.

Twenty-two years of litigation led to the Inter-American Court of Human Rights ruling that the Argentine government must delimit, demarcate, and grant a single collective title, without subdivisions or fragmentation, on an area of 400,000 hectares of the ancestral territory. The land is claimed by the more than 10,000 Lhaka Honhat members who originate from the Wichí (Mataco), Iyjwaja (Chorote), Komlek (Toba), Niwackle (Chulupí) and Tapy'y (Tapiete) communities. The government has a maximum term of six years to deliver the territory free of fences and livestock and to relocate the Criollo populations that live there. Furthermore, the State must refrain from holding public meetings, undertaking public works or any other type of intervention on the territory without prior consultation. Also, it must take the necessary measures to adopt specific legislation on community property.

The right to a healthy environment, food, water and cultural identity

The original communities in this area are fishermen, gatherers, and hunters. They travel extensive stretches of their ancestral land to find food and medicine. But tens of thousands of heads of cattle from Criollo families graze through their traditional territory, eating the fruits that Indigenous communities collect and polluting the water they use. The fences of the Criollos also hinder access to rivers and mountains, and the constant practice of illegal logging has caused a significant change in the soil and water.

Two Lhaka Honhat leaders, Francisco Pérez and Rogelio Segundo, in their testimonial hearings in Costa Rica, presented these facts. The Inter-American Court of Human Rights found that these events “affected environmental assets, affecting the traditional way of feeding indigenous communities and their access to water.” Thus, the Court established that the Indigenous peoples had not consented to this alteration of the traditional way of life, marking the close link between the lack of guarantee of rights with the lack of a community title, under Article 26 of the American Convention on Human Rights.

Throughout the last decade, and increasingly since the beginning of this year, the Indigenous communities of this region have been the focus of national news due to the number of fatal victims of malnutrition, especially child malnutrition. One reason for this was the lack of access to Indigenous territory and the contamination generated by neighboring Criollo farming activity, resulting in the impossibility to carry out the traditional forms of subsistence for the Lhaka Honhat communities.

As a measure of reparation by the government, the Inter-American Court ordered the creation of a community fund to meet the goals that the communities themselves have set to restore their rights. In addition, it urged the government to carry out two separate studies with action plans to deal with the lack of protection of these four rights. The Court’s intent is to order the government to repair decades of setbacks.

A conquest as enormous as it is fragile

This ruling has been a light at the end of a very dark tunnel. After years of struggle, Indigenous communities finally have a ruling from an international tribunal that falls on their side.

The ruling is paradigmatic for several reasons. First, it is the first Inter-American Court of Human Rights case related to a claim by Indigenous peoples in Argentina. The massive extension of the territory in dispute is also unprecedented. Finally, the rights to a healthy environment, food, water and cultural identity have never been declared as autonomously violated before. This case will undoubtedly be one of the mandatory sentences for any litigant on issues of Indigenous peoples and ESCR.

The Court’s intent is to order the government to repair decades of setbacks.

However, we must not lose sight of the fact that the judgment of the case was given with a fair margin. The Inter-American Court composed of seven members; one of them, Judge Raúl Zaffaroni, being Argentine, excused himself. The vote on the violation of these rights was three against three, but the vote of Judge Odio Benito, as president, condemned the government of Argentina.

There is no guarantee that subsequent economic, social and cultural rights (ESCR) violation cases will share the same fate due to the composition of the Inter-American Court of Human Rights. Furthermore, this same ruling could be discussed again, despite the fact that this would represent a clear violation of the principle of non-regression of human rights. Regional civil society should be vigilant in the upcoming elections for Court judges to guarantee that the new members work towards the expansion of indigenous rights, applying the jurisprudence of the Inter-American Court of Human Rights.

A legacy case for the region

The common point between this case and several others related to community property of the Inter-American System is the monumental task of fully implementing the most needed measure: delimiting, demarcating, and granting a community property title. Although the government has a maximum term of six years to comply, the reality faced by Indigenous communities is rapidly deteriorating. Despite Lhaka Honhat's strength, especially that of its leaders, six more years in a decades-long struggle seems like an eternity.

With the effective conquest of rights on paper, it remains to be seen what level of collaboration the government that—over the decades and through the different political parties—has been characterized by its non-compliance with the rights of original peoples, will provide. Hopefully we are witnessing a change of position and this ruling will become a model case of how a state can attend to the needs of Indigenous peoples, rather than another failure in the list of international litigation cases.

The actions carried out by Argentina now will determine whether it truly wants to join the vanguard of countries that respect, protect, and guarantee the rights of all of its peoples.

Matías Duarte is one of the case litigators on behalf of Centro de Estudios Legales y Sociales (CELS).

Diego Morales is one of the case litigators on behalf of Centro de Estudios Legales y Sociales (CELS).

Erika Schmidhuber Peña is one of the case litigators on behalf of Centro de Estudios Legales y Sociales (CELS).