The unexpected announcement by Michelle Bachelet that she would not seek a second term as High Commissioner for Human Rights on June 13 has kicked off a race to find a suitable replacement. 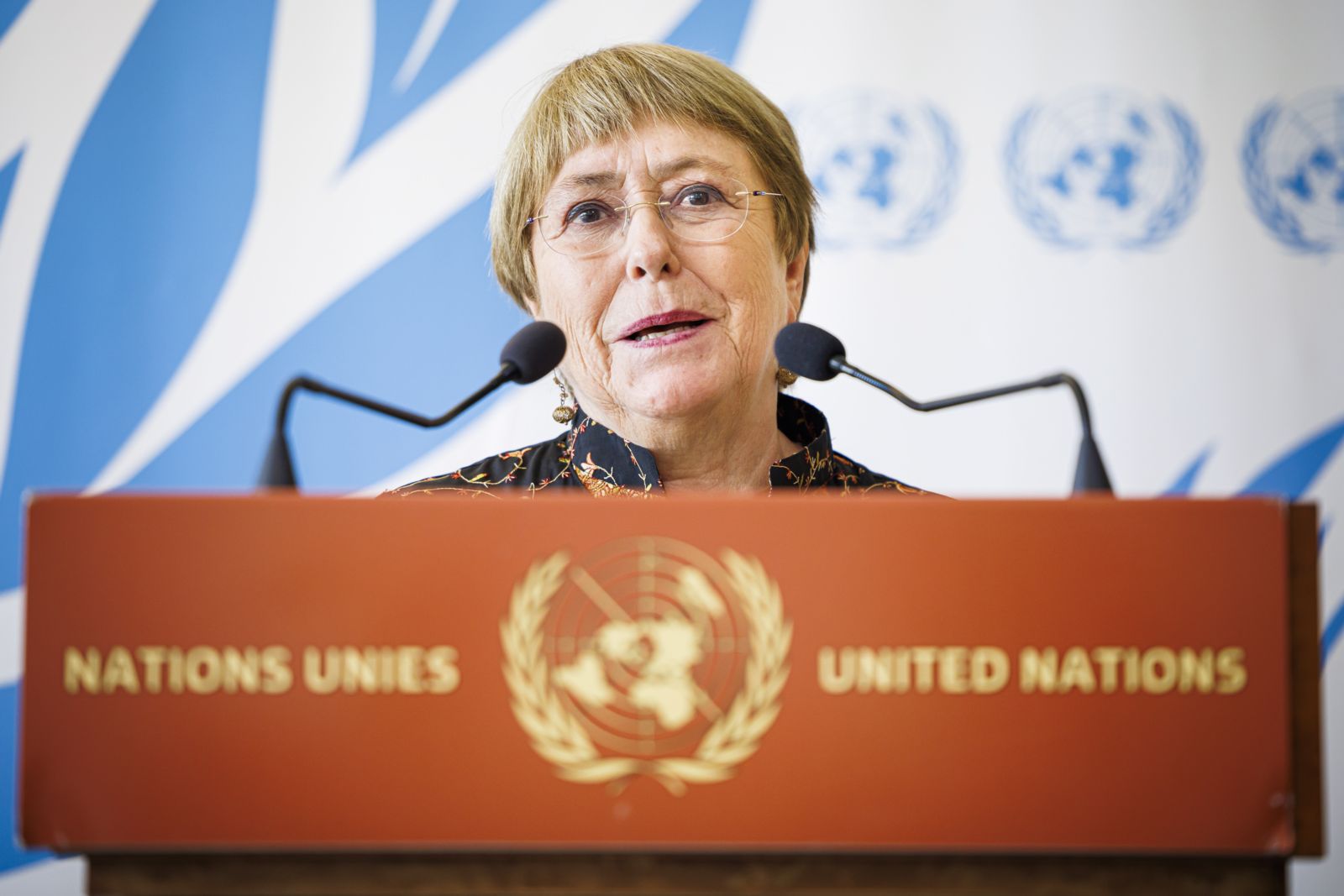 United Nations High Commissioner for Human Rights Michelle Bachelet addresses a press conference after announcing she would not seek a second mandate, during the opening day of the 50th session of the Human Rights Council at the European headquarters of the United Nations in Geneva, Switzerland, 13 June 2022. EFE/Valentin Flauraud

When Michelle Bachelet, a former president of Chile turned senior UN bureaucrat, announced that she would not run for another term in her opening speech to the 50th session of the Human Rights Council (HRC) in Geneva, many were taken aback. Rumors had it that she might run for another 4 year term, perhaps for at least half of it as one of her predecessors, Navi Pillay. Bachelet said that she had announced her decision to her boss, the Secretary General, two months before, although the secret had been well- preserved.

Bachelet leaves her office amongst widespread criticism and unprecedented calls for her resignation following her recent failed visit to China. Her successor should commit to solidarity with victims and to publicly address violations, as well as invest politically and financially to support and strengthen the Treaty Bodies and Special Procedures.

At the HRC, 47 countries condemned human rights violations in China, including in Xinjiang, Hong Kong, and Tibet in pretty strong terms. The joint statement, delivered by the Netherlands, questioned High Commissioner Bachelet on restrictions imposed during her visit and her ability to speak freely with independent NGOs. The perceived inability of Bachelet to strongly condemn the massive forced incarcerations in Xinjiang, and continued repression in Hong Kong and Tibet have been widely criticized.

While Bachelet’s term was positively marked by her commitment and contribution on issues such as climate change, poverty and inequality, vaccine inequity, and the right to a healthy environment, her failed visit to China is likely to tarnish her legacy. In the few months that remain in her term as High Commissioner, this could be redeemed to an extent by releasing her Office’s long overdue report on human rights violations, including crimes against humanity, in Xinjiang and convening an intersessional briefing on its key findings and recommendations.

Her successor should commit to solidarity with victims and to publicly address violations, as well as invest politically and financially to support and strengthen the Treaty Bodies and Special Procedures.

One area in which Bachelet did not score well was in her capacity as head of Secretariat for the UN expert bodies, namely the Treaty Bodies and Special Procedures—an area also neglected by her predecessor, Zeid Al’Hussein. The Secretariat provides the staff and financial resources which enable these expert mechanisms to function, and High Commissioners can play instrumental roles for their effective functioning, including, crucially, to secure adequate funding, complementarity, and effectiveness across the system.

Bachelet’s style and approach significantly differed from her predecessor primarily in their relations with states and international diplomacy in general. Quite clearly, Bachelet took up the post with an expectation from many states that she would be less outspoken and more cooperative than her predecessor.

Despite this fundamental difference between Bachelet and her predecessor, they both failed to sufficiently prioritize investments in the expert mechanisms which the Office of the High Commissioner services. As Olivier de Frouville, a seasoned UN expert who has served in both Special Procedures and Treaty Bodies underlined in a heavily critical appraisal of Zeid’s record, it is crucial that High Commissioners provide the space and resources for the expert mechanisms to thrive.

Bachelet’s support and attention to UN expert mechanisms was not better than Zeid’s. Unlike some of her predecessors such as Louise Arbour, who championed reforms such as the proposal for a unified treaty body, Bachelet stood carefully away from the 2020 review of treaty bodies, which provided a major opportunity to implement some of the much needed improvements to the system. This was despite calls for the High Commissioner to play a leading role. Following the rejection of the Arbour proposal, another of Bachelet’s predecessors, Navi Pillay, undertook the mammoth task of drawing a comprehensive list of challenges facing the treaty bodies with practical remedies and solutions to overcome them.

Aside from a few advances, some of which were initiated by NGOs, such as  live-streaming sessions, most of the practical reforms Pillay identified in 2012 are yet to be implemented a decade later. Like Zeid, Bachelet utterly failed in seizing opportunities to work with the UN Secretary General and with states to enact the very fundamental reforms required for the expert mechanisms she served.

Aside from that, Bachelet was heavily criticized by UN experts for failing to provide them with the means to properly work online during the Covid outbreak. Many were infuriated with the fact that the funds meant to enable their participation in sessions in Geneva were re-allocated elsewhere.

In a visionary and prophetic analysis of Zeid’s departure and replacement, the late David Petrasek analyzed that none of the High Commissioners had been able to complete two terms of four years since the position was established. Bachelet will also face the same fate.

In his 2018 post, Petrasek noted that “the growth in UN human rights mechanisms has not been accompanied by an obvious growth in their efficiency or effectiveness” and that “multiple and overlapping procedures are weighing down what should be a nimble and responsive system.” Things have only worsened since then: Bachelet has proved unable to bring about a visionary set of reforms for her office and the mandates it hosts, often with limited coordination and competition for resources between new and existing mandates.

As underlined in a joint call from leading international human rights NGOs regarding the appointment of the next High Commissioner, publicly calling out abuse is crucial to the mandate. Creating the conditions for UN expert mechanisms to adequately contribute to the same goal is equally important.

Petrasek asked if the High Commissioner’s mandate was a “poisoned chalice.” And yet, previous mandate holders such as Mary Robinson, Louise Arbour, and Navi Pillay have demonstrated that it is possible to come to the position with a vision for the things that need to change, and a plan to do so.

It remains to be seen if the next mandate holder will have the capacity and willingness to bring about the much needed improvements in the Office. All eyes are on New York, and on the Secretary General, Antonio Guterres.