Reflecting on the internet as a constitutive site for rights work may allow us to usefully open the internet to a different kind of scrutiny. 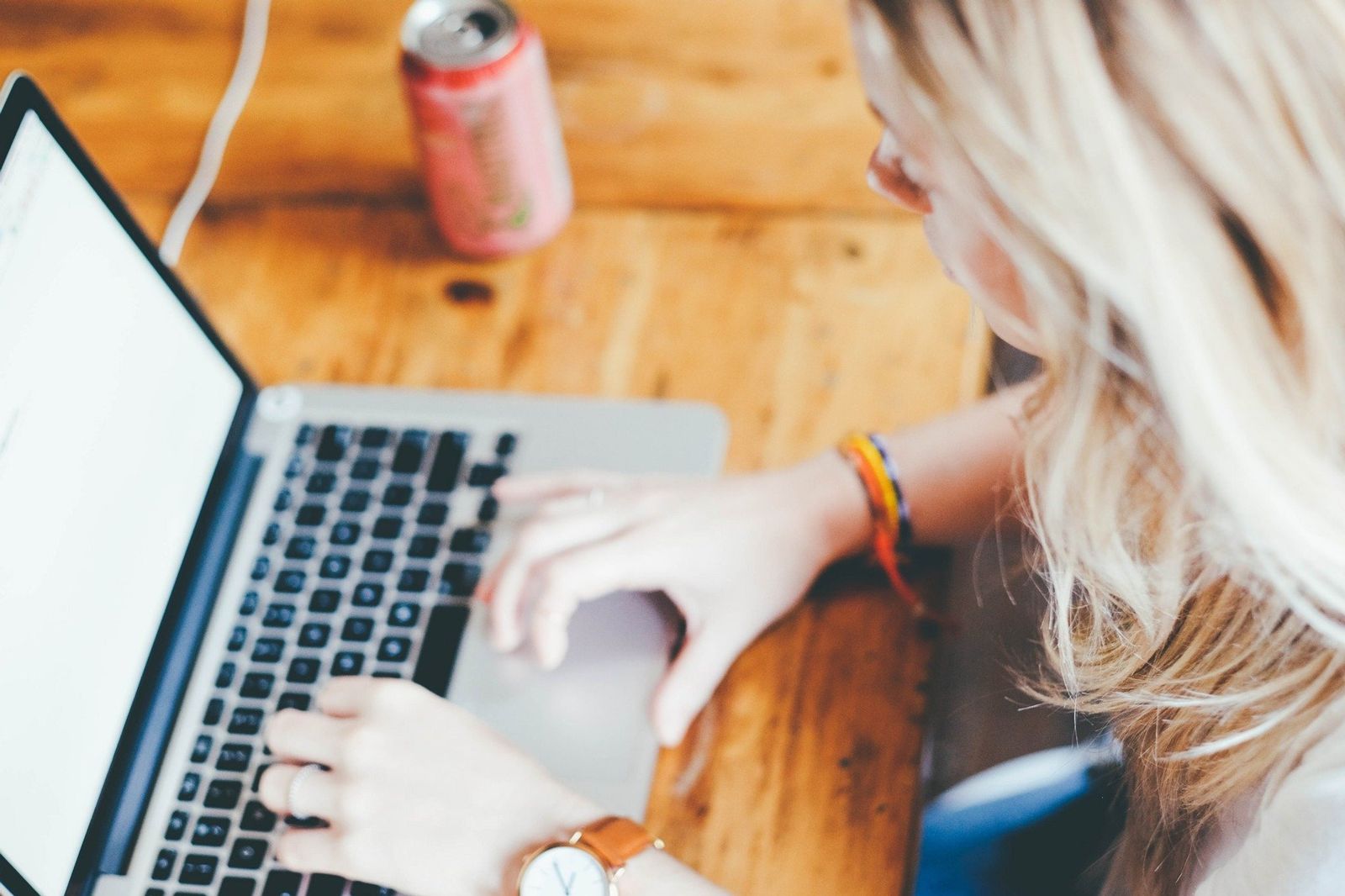 Image by janeb13 from Pixabay

Our contribution to this online discussion on whether human rights is equipped to contribute to the securing of ‘just societies’ globally is to ask what it means to incorporate inclusion and consensus into our virtual work. At this point in the 21st century, and especially after more than a year-and-a-half of lockdowns in the midst of the COVID-19 pandemic, a great deal of human rights work is at some level, virtual, especially for those of us with the privileges of stable internet connections and privacy protections. But what and how should we think about our very mode of virtual work as a technique of inclusionary or exclusionary knowledge and norms production?

To answer this, it’s worth considering how cyberspace’s temporality matters to ideas about evolving human rights norms, in at least two ways. First, the cyberworld renders disparate events and places as if all are in the same kind of ‘present’. Second, speedy action online can preclude the essential debate to inclusive norms generation. Information, ideas, perspectives, trends in rights claims can flow instantaneously online, and yet depending on context, barriers of access and censorship, how those ideas have meaning can be very different—and should be.

Focusing on the medium’s time effects is a way of thinking about the impact of instantaneous and synchronous transmission of words and images in human rights. We need to pay attention to the elements that comprise virtual rights narratives in light of rights’ cultural and legal relevance and the interlocking effects of the multiple systems (technical, organizational, cultural and legal) that comprise the internet. This involves a ‘study of affordances’, or the link between a technology’s use qualities and the practices and meanings generated by its actual use.

Here, we use consideration of the contestations, eruptions and evolving norms on sexuality and rights, especially for young people, as an example of the paradoxical power and limits of online rights formation. The age and the conditions for consent to sexual conduct is one example of a vexed and yet unsolidified rights norm where illusions of a synchronous world and the instantaneity of action prove problematic. Where the capacity to determine one’s selfhood and the possibility to act on one’s desires, with due regard for the rights of others has emerged as a key normative principle for the exercise of sexual rights, chronological age has emerged as one of the critical variables constituting this capacity to consent to sex. This centralization of consent is part of how human rights’ engagement with sexuality has altered the standard for legitimate sex, moving it away from reproduction or marriage to sex, which a person having the ability to consent, undertakes. But the very idea of how strictly age relates to personhood and legal capacities is a recent and often imposed construct: childhood as an idea of personhood linked to chronological age was spread as a product of 19th c. colonial interventions.

Today, the sexual and gender rights of under 18-year-olds are among the most explosive and instrumentalized of rights claims, invariably collapsing into ‘protect the children’ rhetorics. For instance, model laws and proposals for global registries of sex crimes travel with accelerated speed across cyberspace, to arrive in locales with vastly different political, economic and legal capacities. Further, campaigning on the internet to settle on an age of consent for sexual activity, for example, has seen rapid diffusion of calls for standards coalescing, in our opinion problematically, at 18 years for both marriage and sexual activity and calling for a criminal prosecution to deter both. At this moment, there is no international legal agreement on the appropriate age for the law to validate consent to sexual activity outside of marriage, while 18 is the treaty-based norm for entry to marriage. In India and Kenya, the age of consent for sexual activity has progressively risen to 18 years; in Chile, the age of consent for same-sex couples is 18 but 14 for heterosexual couples; the Philippines recently raised the age of consent from 12 to 16 years; within the US, Canada and countries in the EU too there is variation, ranging from 14 to18 years. Currently the limited but important guidance provided by international human rights law is focused on harmonizing same and different-sex sexual conduct ages and avoiding criminalizing adolescents of similar ages for “consensual and non-exploitative sexual activity.”

How could a narrative of a common standard for chronological age coalesce from these radically different contexts? In parts of North America and Europe where marriage is no longer the determining feature legitimizing sexual conduct, it can appear progressive to accept lower ages for sexual activity. In other regions, where marriage is still understood as the primary legitimating process for sexual activity, it appears rights-enhancing to raise both the age of marriage and the age of consent to sex, in order to provide scope for girls and boys to finish school, and determine their life course. However, this conjoining of the appropriate age for sexual conduct with age of marriage quickly gets complicated, as adolescents may face increased risk of being penalized for sexual activity. Rights work online confronts all these radically distinct concerns, while digital action platforms compel speedy responses: how can our work on these issues give due respect for local need and create a global norm in human rights in rapid response mode?

Here the digital world re-enters with a different valence, as young peoples’ sexual decisions are influenced not just by their material and cultural contexts, but by their access to digital spaces.

Insisting that inclusive rights work must integrate the particularity of locales respectfully into universal norms is not new: what is new is the speed of the transmission of the claims and the tendencies that cyber campaigning exacerbate for the spectacular and the ‘clickable.’ The eruptions of spectacular harm calling for action online, both in the Global North and Global South render acutely visible the pivotal role of the internet as a multi-faceted medium affecting the message.

Meanwhile, over-protection and under-protection of meaningful autonomy for adolescents both remain embedded in most national laws. Here the digital world re-enters with a different valence, as young peoples’ sexual decisions are influenced not just by their material and cultural contexts, but by their access to digital spaces. Any rights-based discussions on the age for sexual activity must contend with the appearance of a virtual, synchronous ‘global adolescent’ while noting that diversely situated adolescents are now learning about and expressing their sexuality online. Rights work here must contend not just with the dangers of the internet, but also with the internet’s role in sexual discovery and creation of space for non-normative sexual identities.

Reflecting on the internet as a constitutive site for rights work, considering its architecture and its interconnectedness with other social institutions may allow us to usefully open it to a different kind of scrutiny. It is not just a tool we use, or one in which we struggle defensively against surveillance and violation, but one about which we contemplate for its constitutive ideological aspects, which in turn would allow us to see its ‘bugs and its features’ in operation, and to see when those features (and bugs) are in service or opposition to more collaborative, more truly global interaction on rights as a practice than we have in the past. As Correa et al write, attention to context, messy details and background rules, often outside of what is quickly conveyed in cyberspace, is required for meaningful discussion of which and how norms can be made into rights claims.

Time spent slowing down our work—to reflect, to create dialogic spaces to debate, to de-spectacularize harm narratives, to lose the click-bait aspect of human rights work, may seem counter-intuitive, but we believe it is an essential step. Interrogation of the internet as an ecosystem of knowledge and meaning-making leads to an understanding that we need to re-calibrate some practices in human rights to ensure they are both useful, ethical, and constructive to challenging power within and across radically different societies.

Alice M. Miller is co-director of the Global Health Justice Partnership of the Yale Law and Public Health Schools.