There is a substantial need to bring marginalized voices into our climate change responses and rebuild eco-feminist archives, as that will impact not only our society but also the planet. 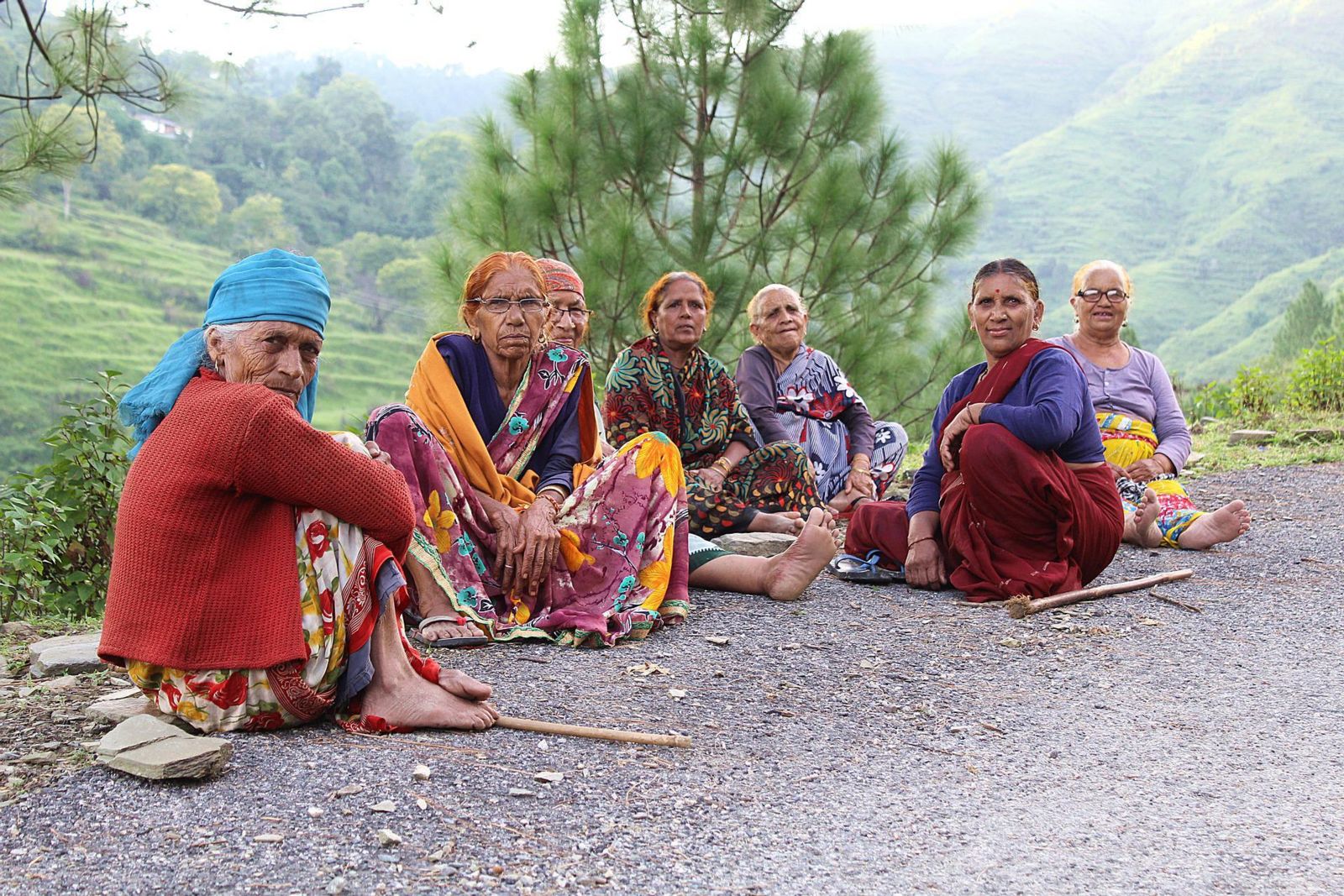 While women have always been hailed as the ‘backbone’ of Uttarakhand, they are disadvantaged in various socioeconomic sectors. In the picture above, a group of women rests in Almora, Uttarakhand. Source: D M Pant / Pixabay Creative Commons.

Over the years, clear links have been established between the subordination and oppression of women and the exploitation and degradation of the natural world. Eco-feminism stemmed out of this link, drawing on the concept of gender to investigate the relationships between human beings and the natural world. The first major impact of ecofeminist thinking occurred at the 1992 United Nations Conference on Environment and Development (UNCED), where there was a call to consider women's and environmental rights as part of the same spectrum.

As climate change continues to be one of the greatest threats to our planet in the twenty-first century, stronger efforts need to be made to bring more marginalized voices into our climate change responses and rebuild eco-feminist archives, as this will impact not only our society but also the planet.

Women and men experience climate change differently, as gender inequalities persist around the world. Women usually experience greater burdens from the impacts of climate change as they are more likely to be primary caregivers while also being in charge of food, water, and firewood procurement.

Based on the findings of the Intergovernmental Panel on Climate Change (IPCC), it is clear that people who are already among the most vulnerable and marginalized will experience the greatest impacts of climate change.

In spite of their vulnerability to climate insecurities, women are active agents and effective promoters of climate adaptation and mitigation.

The north Indian state of Uttarakhand – also known as devbhoomi, or the land of the gods – is home to the Himalayas and boasts of great flora and fauna. Progress within the state over the years , including high forest cover and a literacy rate above the national average, can be linked to the eco-feminist ‘chipko’ movement, during which women used their bodies to protect the trees from being cut down in the 1970s.

More recently, Uttarakhand has seen increased water stress and a greater risk of natural disasters, such as flooding and landslides, along with existing pressures on farming. For the last two decades, the state has also seen the emergence of “ghost villages,” which underscore  migration as a key issue. Per the 2011 Census, there are 1,048 villages with a population of zero and another 44 with a population of less than ten persons. In many instances, it is the women, children, and the elderly that continue to inhabit the villages and farm the land.

While women have always been hailed as the ‘backbone’ of Uttarakhand, they have been disadvantaged in various socioeconomic sectors. The women of Uttarakhand have also been resisting unsustainable practices associated with modernisation as well as battling alcoholism amongst the men, forming another key social movement. This organizing capacity of Uttarakhand’s women continues to be seen in numerous initiatives throughout the state.

Thehe new ordinance passed by the Uttarakhand state government, first of its kind in India, gives co-ownership rights to women in their husband's ancestral property. It was welcomed enthusiastically, particularly given the large-scale migration of men, which has left women to depend on agriculture to sustain themselves and their household without any legal claim to the land.

According to the Uttarakhand Action Plan on Climate Change, women are taking up more agricultural activities in addition to their household chores. Women and girls are also generally tasked with collecting water for drinking, cooking, washing, and raising small livestock.

We documented the life of Basanti, a Kumaoni woman from the village of Dwarson, as a case study for the Women, Climate, and Insecurity conference. Her husband battles with alcoholism while she plays the role of the matriarch, just like her mother did. When asked about her relationship to nature and animals, she gave credit to her mother and said, “My mother first got a goat for my kids then she got a cow... thinking the children will need milk. Over the years we reared and sold eight cows. I reared goats and hens too. Women leading the home made a big difference.” 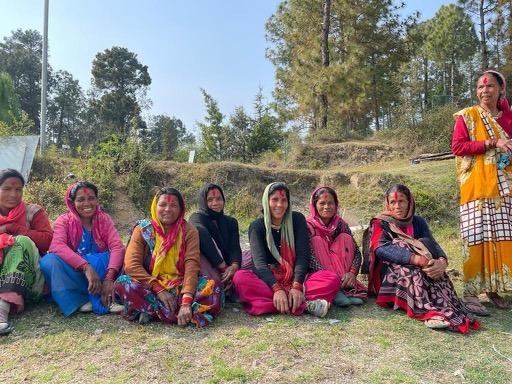 Over the last two decades, there has been a steady shift in women’s roles and contributions to society. In the picture above, a group of women sing folk songs during Holi, the festival of colors, in Almora, Uttarakhand. Basanti can be seen standing on the right. Source: Promil Pande

Today, Basanti is a proud land and house-owning resident of Kumaon, living in the house she inherited from her mother. She, moreover, also has a stake in the property of her in-laws and access to their land. She has successfully managed her household and raised all five of her children, despite numerous obstacles. She contributes a lot to her community and her leadership skills can be seen across various local initiatives in the area.

Over the last two decades, there has been a steady shift in women’s roles and contributions to society. Basanti is just one of the many Kumaoni women who have demonstrated all the good that happens when women are given freedom, power, and resources. Empowered women are agents of change and in the climate context, certainly better equipped to manage environmental resources.

Simply put, in spite of their vulnerability to climate insecurities, women are active agents and effective promoters of climate adaptation and mitigation. We need to provide them with the right tools to continue down this important path, which links gender equality and climate action together.

Madhumita Pandey is a Senior Lecturer in Criminology at Sheffield Hallam University. She works with both victims and perpetrators of gender-based violence and has expanded the scope of her research to include menstrual health and human rights and gender and climate justice.

Promil Pande is the Founder and Executive Director of The Sidhast Foundation. An educator in the field of design with expertise in textiles and handicrafts, she has been designing fabrics through weave and surface explorations for over three decades along with promoting various Indian craft traditions.