Internationalizing human rights NGOs can benefit everyone; it’s not a zero sum game.

The partnership between international and national groups has always had its moments of difficulty—misunderstandings born of different perspectives, priorities and resources. But the typical geographic divide between the two types of groups has usually led to a natural and healthy division of labor.

Several factors are now challenging this equilibrium. To begin with, the largest international groups are placing more of their staff outside the West. Human Rights Watch, for example, has long sought to locate researchers in the countries that they address.

In addition, as certain governments outside the West grow in influence, Human Rights Watch is making a greater effort to influence their human rights policies not only at home but also in their relations with other governments, much as we have traditionally worked to influence the foreign policies of the major Western powers. Meanwhile, human rights groups based outside the West are themselves growing in stature and skill, and like Conectas in Brazil, are increasingly interested in addressing human rights issues beyond their national borders.

This evolving relationship has meant a stronger movement, but it has also led to certain tensions. The most obvious ones can arise over the currencies for building any rights group—donor and media attention.

The concern over donors is obvious enough. If there were only a fixed number of donors with an interest in a country—traditionally, institutional foundations—adding another rights group to the mix could force a further division of a finite pool of resources. However, our experience at Human Rights Watch is that neither the number of donors nor the quantity of available donor funds is fixed, particularly in the case of individual donors.

In the countries where Human Rights Watch does the bulk of our fundraising, we find that a substantial portion of our revenue comes from first-time donors to the human rights cause. Indeed, this extension beyond an existing donor base has been the primary reason Human Rights Watch has been able to grow. And when the donor pool expands, it does so not only for international groups, but also for others.

As for media attention, the situation is more complicated but not as black and white as some fear. If the issue is simply who is quoted in a human rights story that journalists are already primed to cover, adding a spokesperson from an international group to the mix could reduce the media opportunities for national colleagues. However, by investigating rights conditions in the country, we try to increase media reporting on rights issues. And by highlighting a government’s position on rights issues abroad, we try to generate media attention to issues that were typically ignored. In each of these cases, the effect is to expand media opportunities, not to carve up existing ones.

Perhaps the biggest source of tension concerns institutional resources. Groups such as Amnesty International and Human Rights Watch are simply much bigger and more established than any of our national counterparts. The front line of an international group in any given country may look thin—for Human Rights Watch, typically one or two researchers—but they are backed by a formidable organization with capacities and expertise that can dwarf what is available to national counterparts. 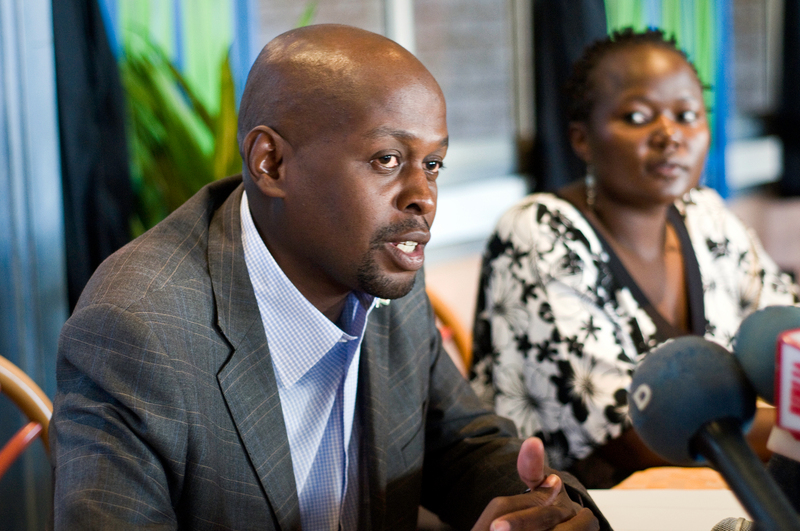 Yet admitting these differences need not mean resigning ourselves to fraught relations. Rather, in each case, with the proper sensitivity, antidotes exist that can ease tensions and smooth relations.

For example, awareness of fears about competition for donors can be met by active sharing. International groups can also help national counterparts by vouching for their good work with potential donors.

Concern about competing for media interest can be met by active efforts to speak and publish together, whether with joint news conferences or simply by quoting national partners in an international group’s news releases or multimedia productions, as Human Rights Watch regularly does. With the emergence of social media like Twitter, it has also become easy to promote the work of national groups without a formal news release.

The greater institutional resources available to the big international groups are easy to share. One useful example of such sharing is HRC Net, a network of international and national rights groups that address the UN Human Rights Council. On the one hand, it is a vehicle for an international group like Human Rights Watch, with permanent staff in Geneva addressing the work of the council, to share information about developments and advocacy opportunities there with national counterparts, many of whom do not have staff in Geneva. On the other hand, we all emerge stronger because it has also become a vehicle for national voices to be heard in Geneva.

Sometimes these partnerships require Human Rights Watch to take a back seat to our national colleagues. We do not enter conversations with our partners with the presumption that we will take the lead, but rather seek to determine the most effective ways to accomplish our common goals. For example, when President Omar al-Bashir of Sudan, facing an ICC arrest warrant, traveled to Nigeria in 2013, Nigerian groups led the effort to seek his arrest while Human Rights Watch and other international groups played a secondary, reinforcing role. The result: Bashir left the country hurriedly to avoid the ignominy of a local arrest effort.

The tension between idiosyncratic advocacy pressures in a given country and the desire of international organizations to remain relatively consistent in their positions over many countries requires, in my view, a certain flexibility. The importance of accurate fact-finding should never be questioned, but international groups should be able to tolerate a degree of variation in advocacy positions from country to country.

After all, the reason for advocacy consistency is a matter not of fundamental principle but of pragmatism—to make it harder for target governments to deflect pressure on the grounds that they are being singled out unfairly. That is a real concern, but it must be weighed against other pragmatic considerations such as whether the consistent advocacy position is the one that will work best in a particular country. In this weighing, it is not clear that advocacy consistency will always be the dominant consideration.

It is a sign of our movement’s strength that both international and national groups are capable of projecting a presence beyond their traditional domains. It is also a positive and healthy sign that we can talk about the evolving nature of our relationships honestly and dispassionately. Above all, we must recognize that despite occasional differences in perspective, any resulting misunderstandings are dwarfed by the values and cause that we serve in common.