For Amnesty International, the growing trend of “internationalization” has very old roots.

Amnesty International’s decision to experiment with new activist structures in the global South and disperse many of the functions of its London-based International Secretariat to hubs around the world has sparked lively discussion within and beyond the organization. The multi-year organizational project is in progress, and its results can’t be immediately assessed. But one thing is certain: “internationalizing” is not a new goal for Amnesty. The recent undertaking is on a larger scale, more ambitious and more dramatic than previous ventures, but it would be a mistake to view the “Closer to the Ground” project as discontinuous with efforts and commitments marking the organization for decades.

AI’s formal commitment to a worldwide presence dates to 1989, when delegates to AI’s International Council (the organization’s ultimate decision-making body) declared membership development an organizational super-priority. By the early 1990s AI was spending nearly 10% of its international budget to expand and support its federated membership structures beyond Europe and North America. Despite concerted effort over an extended period, however, results were disappointing. During the 1990s AI welcomed about a dozen new sections, including South Korea, Algeria, Nepal, Benin, Taiwan and Slovenia, but ultimately it had to close several sections in which it had invested heavily. Part of the problem was that demands placed on AI sections weren’t reasonable for a small pool of volunteers, in any country—especially without support of a locally based field organizer.

Another inherent limitation was that AI’s program was geared mainly toward abuses in other countries, a hard sell to volunteers who wanted to address pressing problems at home. Activists attracted to AI as a politically impartial international organization with a reputation for effective action gladly joined the global thematic campaigns, but they often found onerous the work of maintaining a volunteer governing board, raising funds and participating in AI’s internal policy discussions. The burden was even greater when these organizational tasks required translation to and from a local language. Growth tended to increase demands, expenses, and expectations, and local leadership in some sections openly resisted pressures to increase their numbers.

For the organization as a whole, that was not a satisfying response. Amnesty’s volunteer leadership and senior managers in the International Secretariat were committed to expanding the organization and helping to grow a local human rights presence around the world. The motivations were, and are, complex—a nuanced but important point in the current context. As a starting point, the notion of solidarity is deeply embedded in AI’s ethos and organizational culture. Amnesty was founded on a vision of human rights as a collective good, and for more than fifty years, its members have found meaning and motivation in the idea that ordinary individuals, wherever they live, share a stake in speaking out against human rights abuses, wherever they occur. From the beginning, AI’s members sought to be part of an international movement, and the original rule restricting work on one’s own country was one of the means by which the solidarity norm was reinforced. 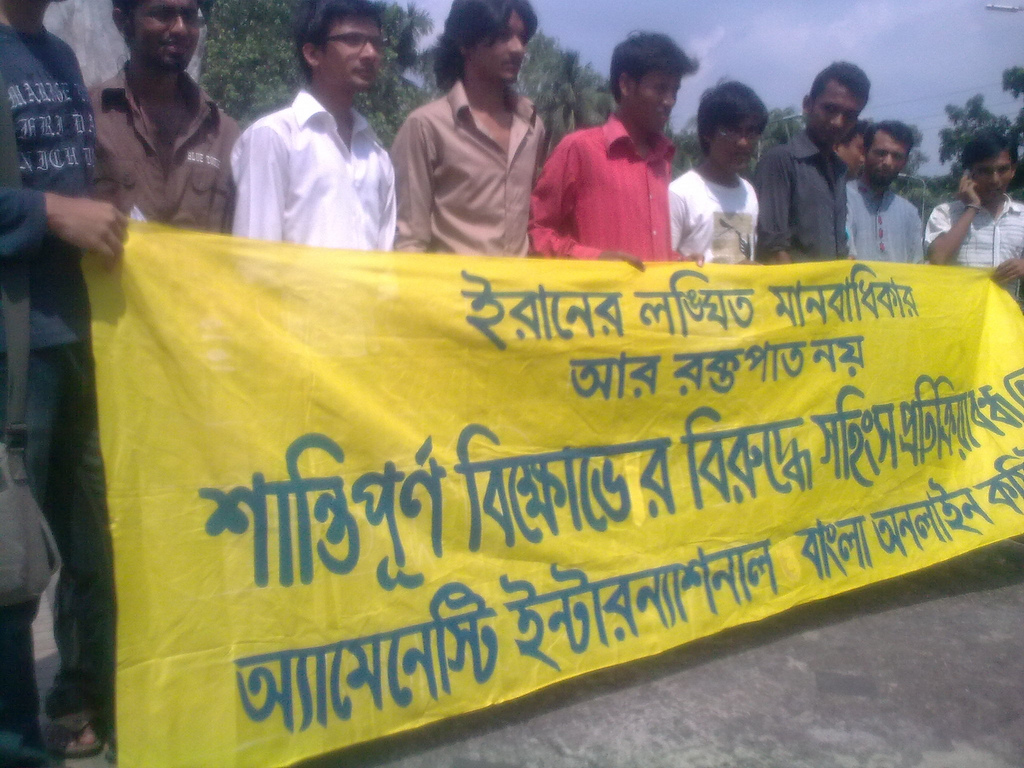 As the organization grew, Amnesty members in different countries sought ways to engage more directly with each other, across national divides and cultural constraints. AI was eager to enhance its diversity internally, electing members from around the world to its international governing board, flattening the voting structure to weight the representation of small structures, mandating a minimum level of spending to support small AI sections, setting up translation units, and making travel support and other resources available to ensure that AI members from smaller structures had opportunity to influence the organization’s strategic plan and program of work.

While the proportion of members from non-industrialized countries remained slight, the organization’s extensive consultations and efforts to integrate the concerns of AI activists worldwide had a palpable impact on the nature and focus of its work. AI members from the global South thus helped the organization find its way to work on women’s rights, impunity, HIV-AIDS, and economic social rights, among other issues. As a poignant anecdote, I recall a debate at AI’s 1995 International Council meeting, where delegates from Africa made impassioned arguments that a failure to take up work on female genital mutilation would consign Amnesty to irrelevance in their societies.

By the time of the World Conference on Human Rights in 1993, AI understood that building up a global human rights movement was not just a reflection of cosmopolitan values. It had become a strategic imperative.

By the time of the World Conference on Human Rights in 1993, AI understood that building up a global human rights movement was not just a reflection of cosmopolitan values. It had become a strategic imperative. The most convincing way to make the case for universality was to demonstrate support for universal human rights principles, all across the globe. The Paris Human Rights Defenders Summit that Amnesty and the International Federation for Human Rights (FIDH) co-sponsored in 1998 was thus intended to promote networking among local human rights organizations from all over the world, many of whom were only beginning to work with digital technology. Since that time there have been numerous opportunities to appreciate the strategic value of coordinated campaigning on issues as diverse as the International Criminal Court, the Arms Trade treaty, and the Millennium Development Goals. It has also become apparent that today’s struggles for human rights are better waged on home turf than from foreign capitals.

This, then, is the backdrop against which the current conversations unfold. Over the years AI has tried many strategies to expand its organizational footprint and encourage the spread of human rights activism. It has alternatively subsidized membership structures and promoted self-sufficiency with fundraising loans. It has invested in extensive training programs for member-leaders, developed comprehensive performance indicators and deployed diagnostic tools for organizational audits. For nearly a decade it experimented with singling out a few national structures for prioritized attention, and in the late 1990s it began to build up small-scale offices outside London.

All of these efforts have yielded results that are positive but not commensurate with the hopes and expectations. Over the past several years AI’s leadership has determined that nothing short of a radical overhaul will position the organization to meet challenges ahead. The costs have been high, particularly in terms of staff turnover. But just as there is more than one reason for an INGO like Amnesty International to “internationalize”, there is more than one way to assess costs.

An earlier generation of human rights advocates demanded “Human Rights Now!” and persuaded each other that human rights protection was something that could be secured once and for all. We now understand the quest for human rights to be a continuous struggle. The challenge is to find, and ever renew, appropriate means to carry it forward.