The relationship between citizen and state has often been tenuous, but without this tension, many citizens might not have won their independence from colonial rule or oppressive regimes. The space for people to voice dissent varies and how that space shifts, opens or closes depends on a range of factors.

What is certainly clear is that creating movements that challenge state power requires courage, bravery, creativity and the ability to dissent—whether that comes from a single individual or from the nation at large, whether that is in resistance to colonization or a dogmatic regime.

The question, then, is given that civic space is shrinking in many countries, are we still being innovative in the ways in which we challenge socioeconomic and political power to work towards a vision of common good?

Today, states in the global South have become less dependent on Western aid, and less open to influence by Western governments. Arguably, this is a welcome change in the field of international development as it allows for greater autonomy and independence to countries in their own decision-making processes. However, alongside this trend we have also witnessed increasing capture of state institutions by the global economic elite. These elites hold significant power over key policy and investment decisions and are often ideologically opposed to a strong, vibrant civil society. In a large number of countries this has meant that mainstream media is no longer as independent or free as it could be. In many cases we find that big business has a large stake in mainstream news, which has altered reporting patterns either through self-censorship or through a strong dictate against covering certain stories or perspectives. The narratives used to justify restrictions on dissent are that these perspectives are “anti-development”, “anti-national”, “politically motivated” and even “against national security”.

It is still important to celebrate small initiatives that are opening new space for dialogue and action.

While this might be indicative of reduced space for dissent through media action, in many countries these clampdowns have led to a growing and very vibrant social media. Often this is happening at the individual level where citizens have shared not only opinions but also captured key events and provided narratives that would have failed to enter mainstream media channels. As Amel Fahmy has discussed, in Egypt there is an online portal called HarassMap, which crowd-sources text messages and online reports of sexual harassment and assault, and then maps them out. The organizers use these reports to show people the scale of the problem and to dispel myths about—and excuses for—sexual harassment. While there is no denying that these tools are also monitored by authorities, it is still important to celebrate small initiatives that are opening new space for dialogue and action.

In India, prominent philanthropists—Wipro Chairman Azim Premji and Arghyam foundation chairperson Rohini Nilekani—have come together to establish an independent media trust to encourage reporting on socially relevant matters. A not-for-profit venture with a corpus of GBP 10 million (Rs 100 crores), this newly founded trust has led to the creation of a series of online journals, magazines and newspapers reporting on matters that are often not captured in the mainstream newspapers. An example of this is The Wire, which gives voice to unheard narratives and alternative perspectives. This is an initiative to encourage independent journalism driven by evidence and a means to deepen democracy through dialogue and debate. The results will be interesting, as India has never seen publicly funded independent media entities such as the National Public Radio (NPR) in the United States or the British Broadcasting Corporation (BBC) in the United Kingdom. 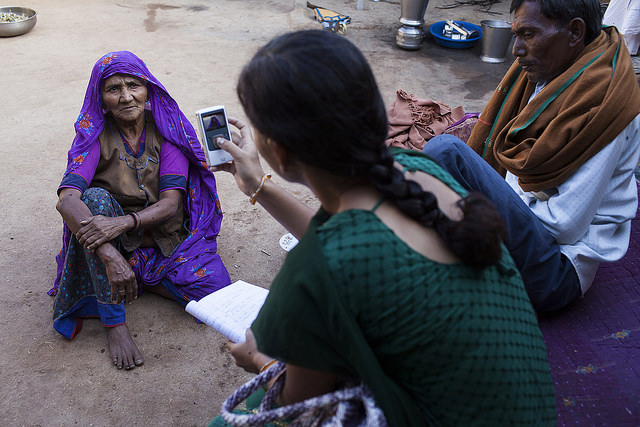 A newly established, independent media trust is opening spaces for socially relevant reporting in India. Pictured above is a videojournalist investigating issues of caste discrimination and water quality in Surendranagar, Gujarat, India.

In Bangladesh, local, national and international organisations have come together to respond to the new NGO law to protect civic space. While many of the organisations historically held differing positions and championed select issues, the current environment has brought together organisations and reduced the divisive and fractured nature through which civil society operates.

At the global level, the appointment of a UN Special Rapporteur for Freedom of Assembly and Association signals increasing attention on the issue. In 2015 the special rapporteur Maina Kiai visited Oman and Kazakhstan, after visiting Rwanda in 2014. These visits form the basis of final observations and recommendations to the Human Rights Council in June every year. Often, key issues are discussed during the in-country visit. Honduras is likely one of the next countries to be visited, as there have been numerous human rights violations, the most recent being the murder of Berta Caceres, an indigenous rights activist, earlier last month. The UN Human Rights Commission and its Universal Periodic Review Process is another mechanism with which civil society can engage more systematically to highlight concerns with civic space. Civil society is therefore increasingly coming together to address these existential threats.

Leaders like Martin Luther King, Gandhi, Nelson Mandela and Václav Havel gave us important examples of pioneering ways to challenge authority and make space for dissent. They used groundbreaking tactics to mobilize public opinion, using theatre, music and street art to convey messages that the public media failed to carry and authority refused to allow. Another more recent example is the Tunisian national dialogue quartet, a coalition of civil society groups and the winner of the 2015 Nobel peace prize, now recognized globally for steering their country towards democracy rather than conflict. Tunisia is also home to PACT, a coalition that brought together the otherwise polarized Ministry of Education and Trade Unions to initiate reform of the educational system. These and many other similar groups worldwide illustrate the possibility of courageous and sustained constructive engagement for long-term change aimed towards a peaceful transition to democracy.

There is no doubt that today, the current growth in restrictions is starting to bring civil society together to fight for survival. From India to Russia to Kenya, CSOs are taking bold steps to challenge their government on restrictions to civil society space. We must continue to follow these examples, constantly reinventing ourselves and our methods to pursue new methods of peaceful protest and change.