How can we truly value the experiences and perspectives of all generations that are so needed to forge our collective liberation? 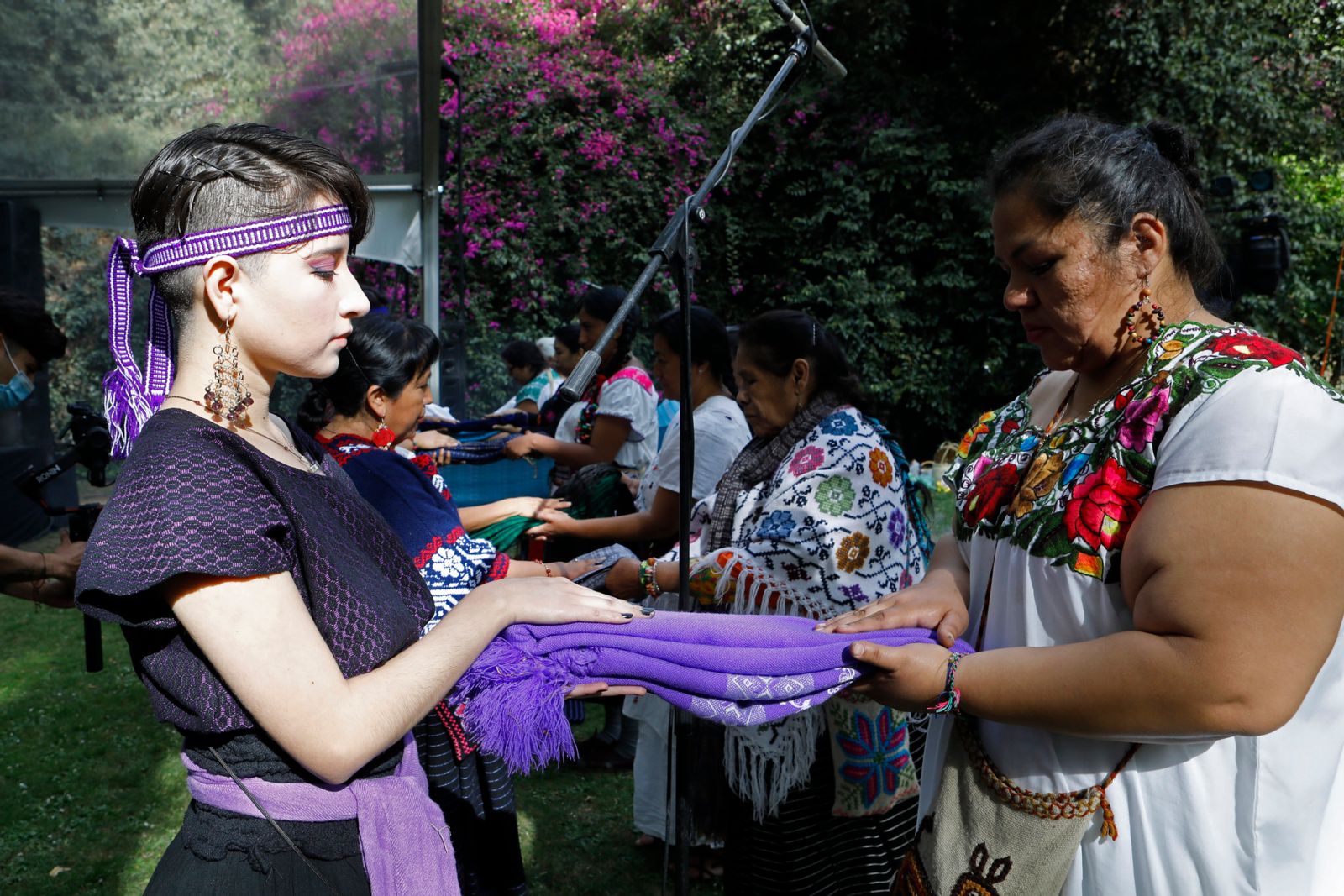 In the wake of the Paris Generation Equality Forum, the largest virtual gathering for gender equality, girls and young feminists have been organizing collectively, mobilizing, and holding decision-makers’ feet to the fire. Despite recent momentum, girls and young people have continued to face exclusion, adultism, and tokenism in formal and informal decision-making spaces both within organizations and at the United Nations.

With 40 billion USD announced at the Generation Equality Forum in commitments towards gender equality over the next 5 years, it is critical to ensure this money reaches grassroots feminist organisations and movements, including those led by young feminists. This is an unprecedented opportunity to work in equitable ways that recognize and resource girls and young people as political actors, whilst strengthening intergenerational organizing and co-leadership rooted in transparency, honesty, and openness.

Every generation faces complex dynamics and challenges. Age like gender or geography is a fluid identity and shifts and changes in different contexts. How are the binaries between young and old really serving our organizing and relationships? The dichotomy around age often acts to further fragment work and can also invisibilize people across the spectrum.

As younger feminists who have aged out of the youth movements and have/are transitioning out of leadership roles of young feminist-led organizations, we have thought deeply about what it takes to effectively organize across generations. We have more questions than answers, but we firmly believe that intentional intergenerational collaboration and organizing is critical for the resilience and sustainability of our movements.

Where are the fault lines?

As part of the in-between generation, or the sandwich generation, we grapple with how to best support young feminists, not disappearing from the spaces we have recently occupied, still being supportive while not taking up space that should centre young feminists. By embodying connecting roles across generations, we aim to catalyze discussions on leadership transitions that nourish the individual, the organization and our broader movements.

From our experiences, power-sharing is one of the  deepest fault lines in intergenerational transnational feminist organizing. For younger generations, including the one we sit between, sharing power is part and parcel of how we organize and build resilience, older generations often come from a time where ‘passing the torch’ was the just means by which you accessed  power.

Many young feminists continue to be overlooked, not taken seriously, or experience ageism in organizational, movement, and intergovernmental contexts. Our own intergenerational organizing experiences have not always been positive. Being tasked as the note-takers, cut off mid sentence or assuming we hold a junior role, including when we, ourselves, are running an organization. Even in spaces with the best of intentions to support young feminists and intergenerational organizing, the responsibility often remained with young feminist team members to mainstream youth across organizational priorities. Many times our experiences, as younger feminists, have been underpinned by power dynamics, struggles,  discomforts, and the depoliticization of our presence in certain spaces.

Similarly, many older generations who historically fought for the space they occupy, move through spaces of power often feeling overlooked, forgotten, facing a constant lack of resources, and the need to compete for funding and space with emerging leaders. In this context, the openness to nourish, share experiences, wisdom, history and knowledge with younger generations becomes less urgent. It is as if there is only enough room for one set of leaders. How can we truly value the experiences and perspectives of all generations that are so needed to forge our collective liberation?

Moving beyond the dichotomy of old and young

Building intergenerational power and solidarity also requires us to unlearn individual hierarchical leadership models, in favour of more collective power sharing alternatives. To push against capitalism and patriarchy’s deeply wired competitive narrative  that says for one to shine the other needs to become obsolete, there needs to be more space and opportunities for genuine co-leadership across generations, sharing power, and embracing abundance rather than competition.

Fracture and existing tensions across generations are heightened by competition for funding. It cannot be an either/or strategy. Practically, this means supporting young activists to have  access and control of resources, through funding them directly, via fiscal sponsors, or working with women and feminist funders who are moving resources directly to girls and young feminists. This also means continued flexible funding to established feminist organisations to co-create approaches with young people to move towards sharing power in decisions and structures. Funding for work on the intersection of generations remains scarce.

How are the binaries between young and old really serving our organizing and relationships?

Young people are often frustrated and impatient with the slow progress of institutions to deliver justice and equality or with the lack of intersectionality or inclusivity in spaces. On the other hand, older generations have fought hard for current gains, investing their time and intellectual stamina in the creation of spaces and institutions that are supposed to move us closer to a more just world.

Younger feminists have created alternative spaces over the last years in response, such as the Unconference created prior to the Generation Equality Forum, the Ella Encuentro in Latin America  founded on the basis of celebrating diversity and the inclusion of diverse womxn, or the first Global Feminist LBQ Women*’s Conference of 2019. These are a beacon of hope in the struggles to dismantling heternomartive patriarchal structures that perpetuate exclusions.

However, it is a mistake to assume that the emergence of these spaces is due to the age of feminists alone. Faced with increasing attacks on our rights and lives, and ever increasing co-optation of progressive feminist agendas, there is an urgency to dismantle and decentralize power structures even in organizing spaces. This means expanding the articulation of a feminist agenda to be inclusive of all our diversity.

Where is the balance in being active and learning (emerging generations) and holding institutional memory, supporting strategies and working to transfer the know-how, share intelligence (seasoned feminists)?

Ironically, complementarity and sometimes unaligned worldviews, approaches, and experiences of seasoned and emerging/younger generations is what makes us dynamic and inevitably could enable us to win and actually achieve gender justice. An approach that works in all spheres of change is needed, as we fight for restructuring institutions to be more inclusive and accountable, while simultaneously reimagining and co-creating alternative systems and structures. For these changes, we need the intellect and lived experience of all generations.

We acknowledge that organizing towards dismantling oppressive structures and injustices takes a toll on our bodies, minds and spirits. Thus it is so critical to hold genuine space for healing and collective care within movements and generations. Feminists from different generations continue to affirm the need to navigate intergenerational trauma. Acknowledging these realities and making space for reparations is an important step towards generational justice and solidarity. Moving beyond exchanges towards understanding and appreciation of different lived experiences and histories will support fertile ground for convergence and deeper collaboration across generations. We must make time to celebrate our victories too!

We are at a juncture where revitalized models of intergenerational leadership and organizing are needed, both in practice but also in language and shifting narrative. This requires going beyond the dichotomy of old and young, recognizing the spectrum of experiences and finding ways to sit in the messiness of our shifting identities, including those based on age. With strong waves of attacks from anti-rights groups on gender equality, sexuality and bodily autonomy, it is clear that those committed to transformative social justice agendas and who believe in collective, movement-led change need each other - no matter the age.

Marisa Viana is the executive coordinator of RESURJ (Realizing Sexual and Reproductive Justice), a transnational alliance of younger Global South feminists organizing for  sexual and reproductive justice for women and girls in all our diversity. Marisa has led organizing and advocacy with young feminists at various spaces and movements.

Ruby Johnson is a feminist activist, strategist and social justice consultant committed to redistributing resources and power to young feminist movements. She is the former co-executive director of FRIDA | The Young Feminist Fund and is currently co-leading the Global Resilience Fund at Purposeful and working as an independent consultant with a range of feminist funders and organisations.