False binaries of communities as local versus cosmopolitan are misleading and make as little sense as limiting activists’ choices to using either local or global political tools in their struggles. 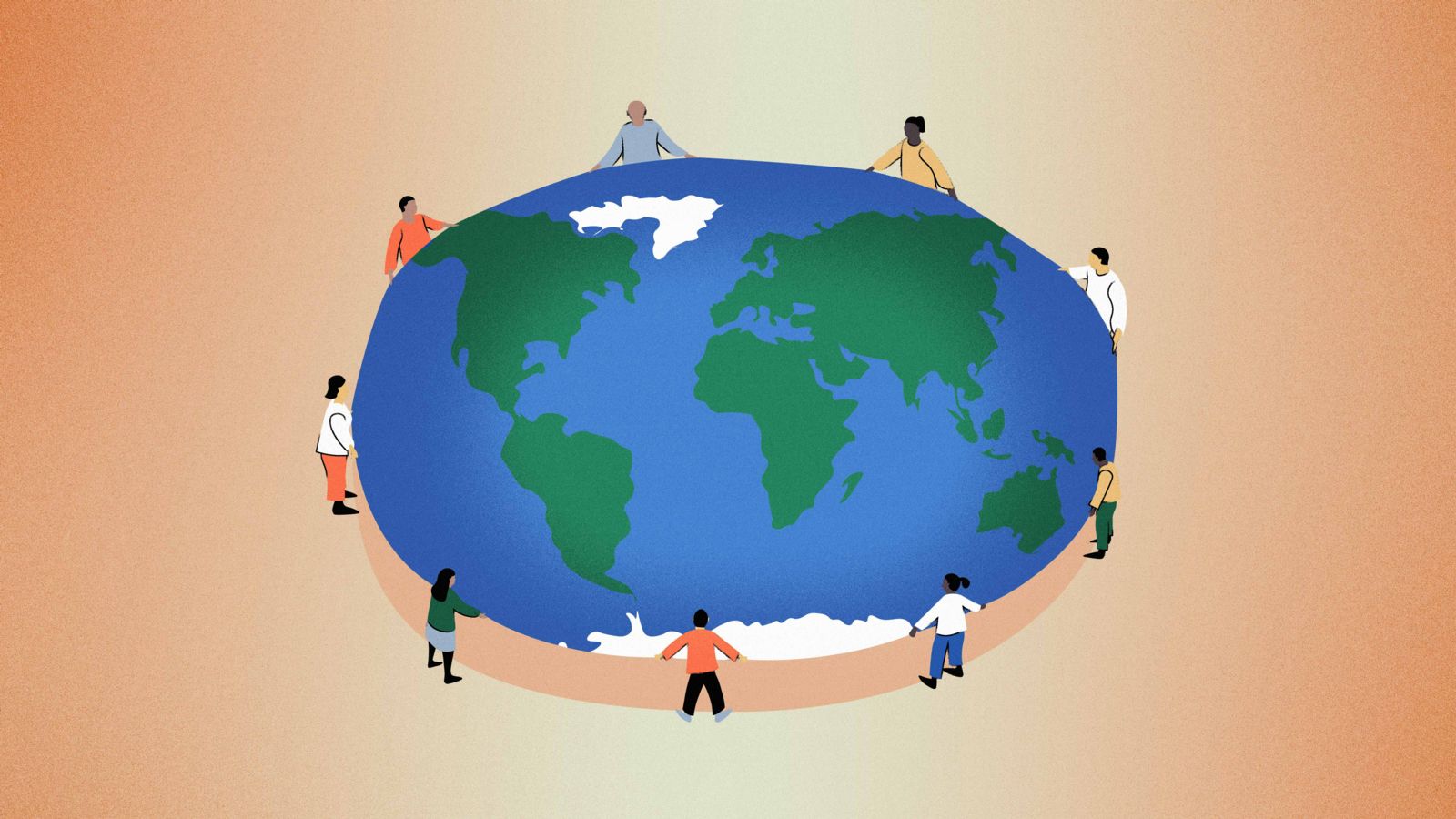 In a world seemingly spinning out of control, what is the relevance of discussing cosmopolitan versus locally-oriented politics? As we write, Black Lives Matter protests against George Floyd’s murder are rocking the United States and have brought people into the streets in many parts of the world to call out their own forms of racialized police violence and systemic racism. This is in a continuum with protests over the previous year in which the disenfranchised, from Chile to Colombia, Iraq, Lebanon, Hong Kong and beyond, have demanded their human rights–economic rights and political rights and social rights and cultural rights.

That wave of protests, including global protests for action on climate change, was slowed only by the COVID-19 pandemic: now at over 19 million cases, 700,000 deaths, and growing in many parts of the world. This surge of protest and pandemic have also come against a backdrop of rising populist authoritarianisms that both stimulate and take advantage of this chaos to advance ever more brutally repressive forms of power.

In this series, we have asked eight authors from a range of disciplines, locations, and perspectives to comment on two interlinked questions that may seem disconnected from this rush of real-world events. One, does the increasing number of intersections between sub-state actors and international norms complicate how we think of cosmopolitanism? Two, more tangibly, might the increasing use of human rights norms in grassroots activism help invigorate human rights as a meaningful counterweight to global xenophobia?

At a time when states are increasingly hostile to the international rights regime, activists are having some success with using cities as a point of entry for the implementation of human rights law. This trend is most evident among stakeholders in the wave of so-called “human rights cities”. Relatedly, both of the authors of this piece work with the Los Angeles Mayor’s office on projects that integrate the United Nations’ Sustainable Development Goals into city-wide policies. As with its analogs in cities around the US and the globe, the SDGs in LA Project is an attempt to use international norms to inform more effective city policy on issues that range from homelessness to economic inequity, LGBTQI rights, police reform, climate change, and just transitions. The project also demonstrates how city stakeholders leverage proximity to and engagement with grassroots communities to identify and bridge gaps in the SDGs, including their failure to specify human rights and accountability.

These recent developments complicate how we should think of the relationship between local actors, global norms, and cosmopolitanism. Particularly during such charged times, it is key to consider how we conceptualize political community and what tools best serve confronting issues from racialized police violence to pandemics to climate change to rising xenophobic populism.

This surge of protest and pandemic have also come against a backdrop of rising populist authoritarianisms that both stimulate and take advantage of this chaos to advance ever more brutally repressive forms of power.

The lesson we take is that conceptualizing community as local versus cosmopolitan makes as little sense as limiting activists’ choices to using either local or global political tools in their struggles. These false binaries are misleading and dangerously constrained. Prioritizing the “cosmopolitan” risks eliding the primacy of the lived realities which motivate political actions. Few among activists and activists alike are seeking cosmopolitanism as an end in itself.

But prioritizing the “local” risks erasing how lived realities are constituted by intertwined local, regional, transnational, and global currents. In Los Angeles, for example, does it make sense to talk of communities as either local or cosmopolitan when the city is constituted by migrant communities from approximately 140 countries, speaking 224 different languages? It is not just that it is common to have multiple political identities informed by and connected to multiple communities. It is that to deny that basic reality with a simple idea of “local” is to conceptualize community in an exclusionary manner. Doing so echoes and reinforces xenophobic language that marginalizes minorities and migrants from a mythical notion of “our” singular community. The impact of such language is made real in the forms of the political and economic violence experienced by migrants in Los Angeles and in cities across the United States and, indeed, around the world.

The cosmopolitan and the local constructed as a binary, thus, are deeply problematic. Our question of the role of sub-state actors in global politics is concerned less about choosing among localism, global tools, and cosmopolitanism and more with recognizing the blurring across local demands and international norms in practice. Peoples’ lived realities are not defined by a local versus a cosmopolitan sense of community; rather they exist in the spaces in between. Similarly, when confronting injustice, activists choose the tools that will be most helpful to their communities, regardless of whether they are considered “local” or “global”. The tools of most relevance to grassroots movements are both as multi-leveled as their communities and as the power structures they challenge.

International human rights are only effective when they are owned in the streets by protestors seeking justice and by activists seeking everything from a greener economy to more equitably distributed resources. In times of crisis, individuals have the power to demand justice from and re-imagine institutions. Black Lives Matter, for example, has taken this on directly in defining a response to local/national repressions as flowing both into and out of global solidarities. As well, international human rights tools have become a part of their activist arsenal, with some on-point albeit insufficient responses from the United Nations human rights machinery.

As noted by the scholars contributing to this series, much of the work to be done centers on how human rights approaches can be better integrated across local and global institutions, and better targeted towards grassroots-informed structural reform. Perhaps this can be achieved in part by meaningfully addressing tensions in the many dimensions of identity formation, and highlighting innovations made across urban spaces. The contributions are diverse in their approaches, and yet all the authors recognize that moving beyond an abstract local/cosmopolitan binary is necessary to address human rights crises around the world by mobilizing empathy and solidarity to address distinct yet linked vulnerabilities.

Michelle Alexander’s The New Jim Crow speaks to the urgency of this sort of empathy and solidarity:

Ultimately, we cannot have locally driven politics without a cosmopolitan sense of solidarity, nor can we have a meaningful cosmopolitanism unless it is deeply embedded in the lived realities that impel on-the-ground movements for human rights around the world.

Anthony Tirado Chase is a professor at Occidental College and Chair of its Young Initiative on the Global Political Economy. Chase publishes widely on human rights in the context of Middle Eastern politics, transitional justice, sexual orientation and gender identity-related rights, and the roles of non-state and sub-state actors.

Gaea Morales is a PhD student in Political Science and International Relations at the University of Southern California. Her research is centered on environmental security and conflict prevention, and local-global governance and institutional linkages in the pursuit of sustainability.