Do South Africans really have the right to protest?

South Africans’ right to protest exists on paper, but authorities have effectively suppressed dissent by making it too dangerous.

At the end of 2015, university students across South Africa embarked upon protests, brought campuses to a standstill, interrupted exams, and marched to the seats of government in Cape Town and Pretoria. During these encounters, authorities repeatedly assaulted, tear-gassed and detained students. Throughout, these students appealed to the idea that the post-apartheid order is a rights-based order, and repeatedly insisted that they possessed a “right to protest”. In the face of repressive policing, they condemned the state and university administrators for not recognising this right.

In theory, the post-apartheid constitution protects a range of political rights: the rights to free expression and association, the rights to participate in political organisations and to stand in public elections, and the rights “peacefully and unarmed, to assemble, to demonstrate, to picket and to present petitions.” Taken together, these rights appear to set out a broad and permissive space within which public forms of political activity, including protest, can take place.

As I argue in my book, protest provides the opportunity for unrecognised groups to constitute themselves on their own terms. In doing so, they disrupt—and potentially remake—the existing distribution of power and political identity. And yet, in practice, security forces have assaulted protestors with tear gas and stun grenades, water cannons and rubber bullets. They arrested students, dragged them into police vans, charged them with public violence, and held them overnight or longer without bail. On some campuses, authorities have evicted students from residences, barred them from university properties and otherwise punished them. 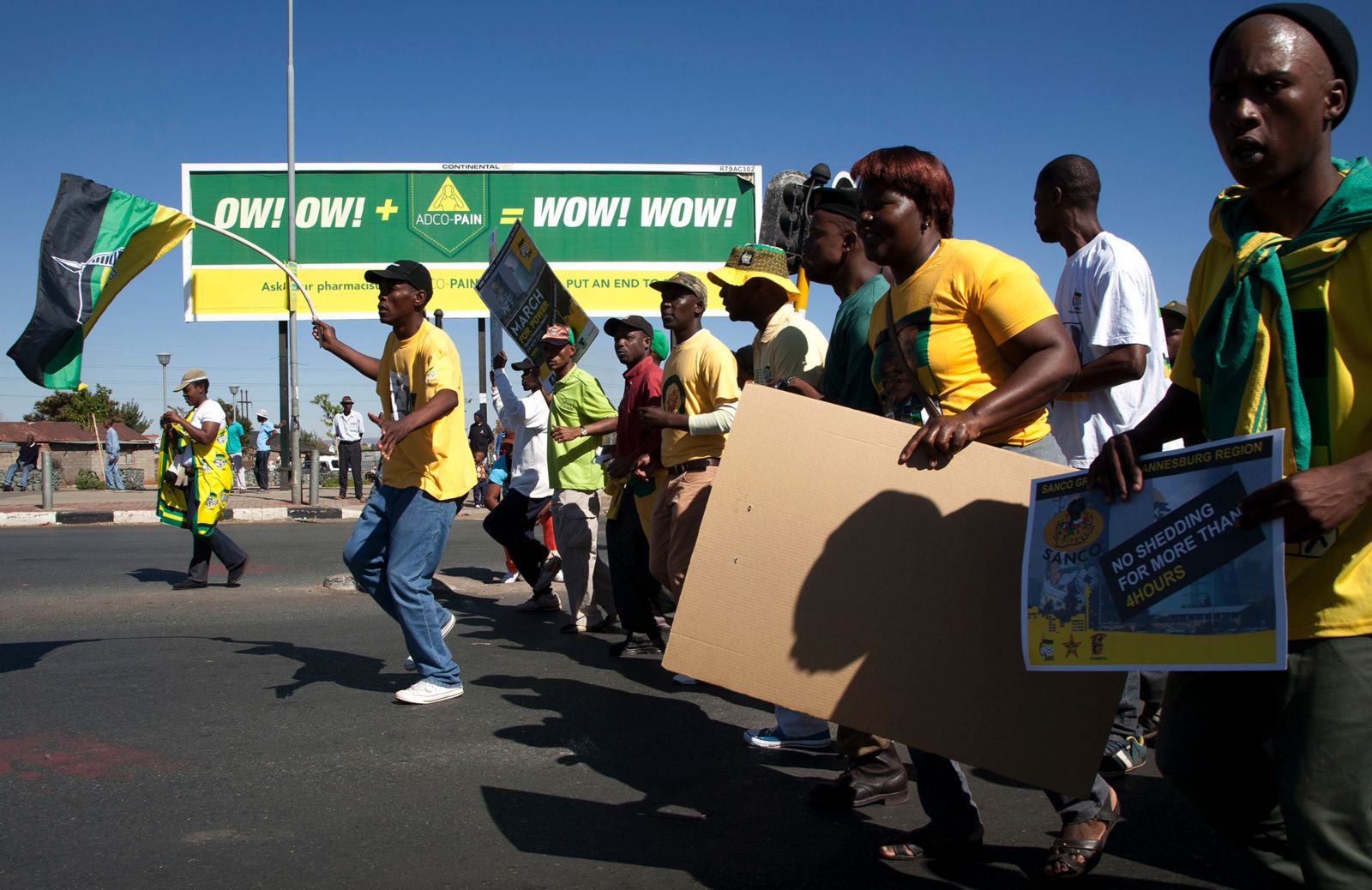 Recent protests in South Africa are about the nature of South Africa’s constitutional order and the place of protest in it.

Students are thus not wrong to state that the “right to protest” is refused recognition in practice—whether by the state, by university leaders, or other authorities. This right has been frustrated by the refusal to countenance disruptive dissent, and by the violent policing of public gatherings. These experiences are also not new or unique to students. Over many years, communities of the poor and dispossessed have taken to the streets in protest, facing increasingly violent practices of policing and political exclusion. They too have been assaulted and arrested, imprisoned and harassed. Some have been murdered, their voices permanently silenced—whether in groups by the state, as at Marikana, or assassinated by shadowy forces, as has happened in Durban and most recently in Bizana. The effect has been to suppress dissent by rendering it dangerous.

Public forms of protest may be the best examples of how political action can rise from below.

And yet, public forms of protest may be the best examples of how political action can rise from below: mass gatherings are, in the words of an advisory committee convened during the transition from apartheid, “particularly the form of protest of the most numerous and un-influential [groups in society].” In the course of protesting, communities of the poor and excluded can constitute themselves as political actors and insist on their ability to determine their own best interests.

In asserting a “right to protest”, students and protestors are outlining an implicit vision about the nature of the rights that underpin the post-apartheid constitutional order—and that those who refuse to recognise this right in practice do not share this vision. For protestors, a rights-based order is one that enables the exercise of intrinsic agency, and the best interpretation of the constitution is one that does the most to promote the conditions under which people can act. This must include the right to act disruptively—to invent new forms of political action. By contrast, for many representatives of authority, a rights-based order is one in which a series of carefully-balanced limitations structure the exercise of agency in such a way as to prevent any one person or group from acting to exclude any other. The invention of new forms of action is to be discouraged, because their consequences may be unpredictably exclusionary.

So long as protestors and authorities confront each other on South Africa’s streets and university campuses, the ongoing dispute over the “right to protest” must be central to understanding the possible ways in which the country’s post-apartheid constitutional and political order may yet develop. If I’m correct, then the “right to protest” is fundamentally a right to disrupt the systems of power—and while the concerns raised by those who reject it in practice cannot be simply dismissed, neither can they be allowed to drown out the transformative potential of political disruptions.

The right to protest is at the core of this debate because it is, whether explicitly or not, a right to disrupt and alter the particular distribution of political authority within a constitutional order, without overthrowing the entire system. It can only be acceptable to restrict this right if all possible groups are fully accounted for in the formal system—but this is impossible, for there will always be groups who have either not yet been recognised or, perhaps, have not yet constituted themselves. Given this, a constitutional order must include the possibility of its future mutation and change—not only through elite agreements, but also through protest from below.

Seen in this light, the recent waves of student protest are not simply about the specific demands made in the course of these events: demands for the suspension of fee increases, for the elimination of fees, demands for the decolonisation of teaching practices and the curriculum. They are about the nature of South Africa’s constitutional order and the place of protest in it.

Activists in an international system: pushing for change in Sri Lanka