Dropping defensive tactics and reframing human rights in a relatable way are both key to responding to stigmatizing backlash in Hungary and connecting to new audiences. 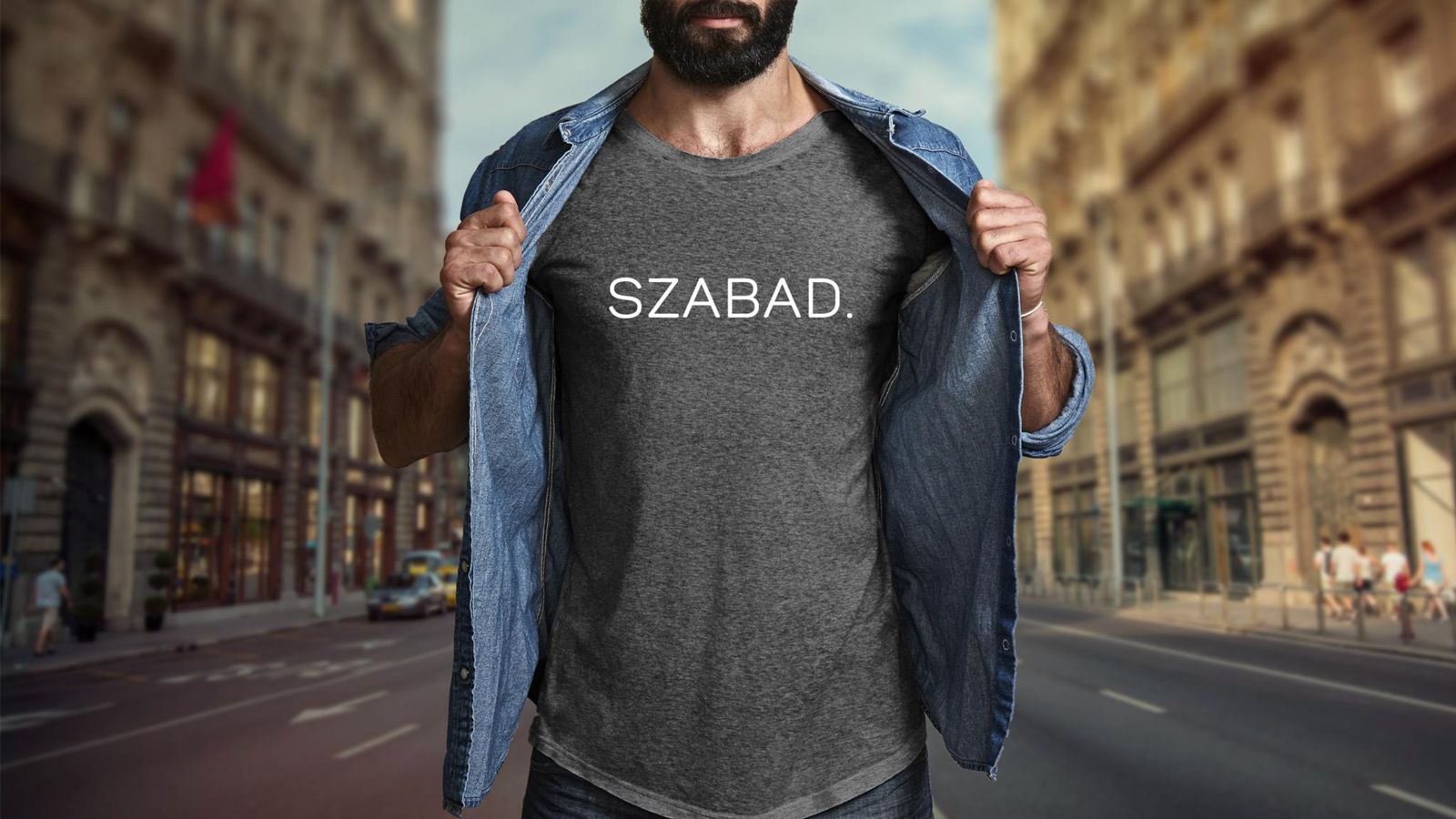 The “HCLU is needed” campaign started at the beginning of 2017. By the end of October, the number of HCLU Facebook followers had grown by 17% in a steep and steady growth with no decline. The shirt reads "free".

Since 2010, Hungary has transformed from a progressive European democracy to an illiberal state. During the Fidesz Party’s first term (2010–2014), an extensive legislative process reshaped the constitutional system and chipped away at the independence of state institutions designed to check and balance state power. Furthermore, since 2014, the government and affiliated businesses acquired an unprecedented proportion of the media market, allowing for a strikingly effective dissemination of political messages and propaganda.

In addition to a 2017 law strictly regulating foreign-funded organizations—following the pattern of many other governments—the government has also used incendiary language to delegitimize civil society, labelling NGOs as “security threats” and “foreign agents”. One of the government’s central arguments is that NGOs, particularly human rights organizations, lack legitimacy as they do not represent the interests of the average person. This element of the campaign capitalizes on the fact that there is generally little direct relationship between these organizations and citizens. For the average Hungarian, human rights NGOs may sometimes appear to represent the “other” in society, such as the Roma minority, prisoners, migrants, and/or refugees.

In response to the current landscape, the Hungarian Civil Liberties Union (HCLU) developed an ongoing communication strategy that focused on positive messaging rather than engaging in the highly contentious debate. The campaign, called “HCLU is needed” (Kell a TASZ), uses social media as the main platform and grew out of the realization that HCLU would be cornered into a defensive position if we solely responded to the accusations. Our experience with previous communications campaigns highlighted the power of being explicit about our values and sharing individual stories that resonate with people’s feelings. Research on human rights shows clearly that framing matters, and people are more likely to engage with issues that are relatable to their daily lives. We therefore decided not to respond directly to the stigmatizing statements, but instead to use positive messaging to tell our own story about who we are, what we believe in, and for whom we are fighting.

We wanted to counter early on possible de-humanizing attacks by humanizing our staff members and clients. We first introduced our clients through personalized online stories that demonstrated that they are “one of us” and that human rights protect everyone. For instance, we featured an elderly woman’s story about why freedom of speech was important to her. Second, even though government stigmatization was rarely directed at us personally, we wanted to highlight that the organization is run by actual people and is about more than the abstract principles we protect. We therefore posted introductions to our staff members that illustrated who we are and why we work at the HCLU. 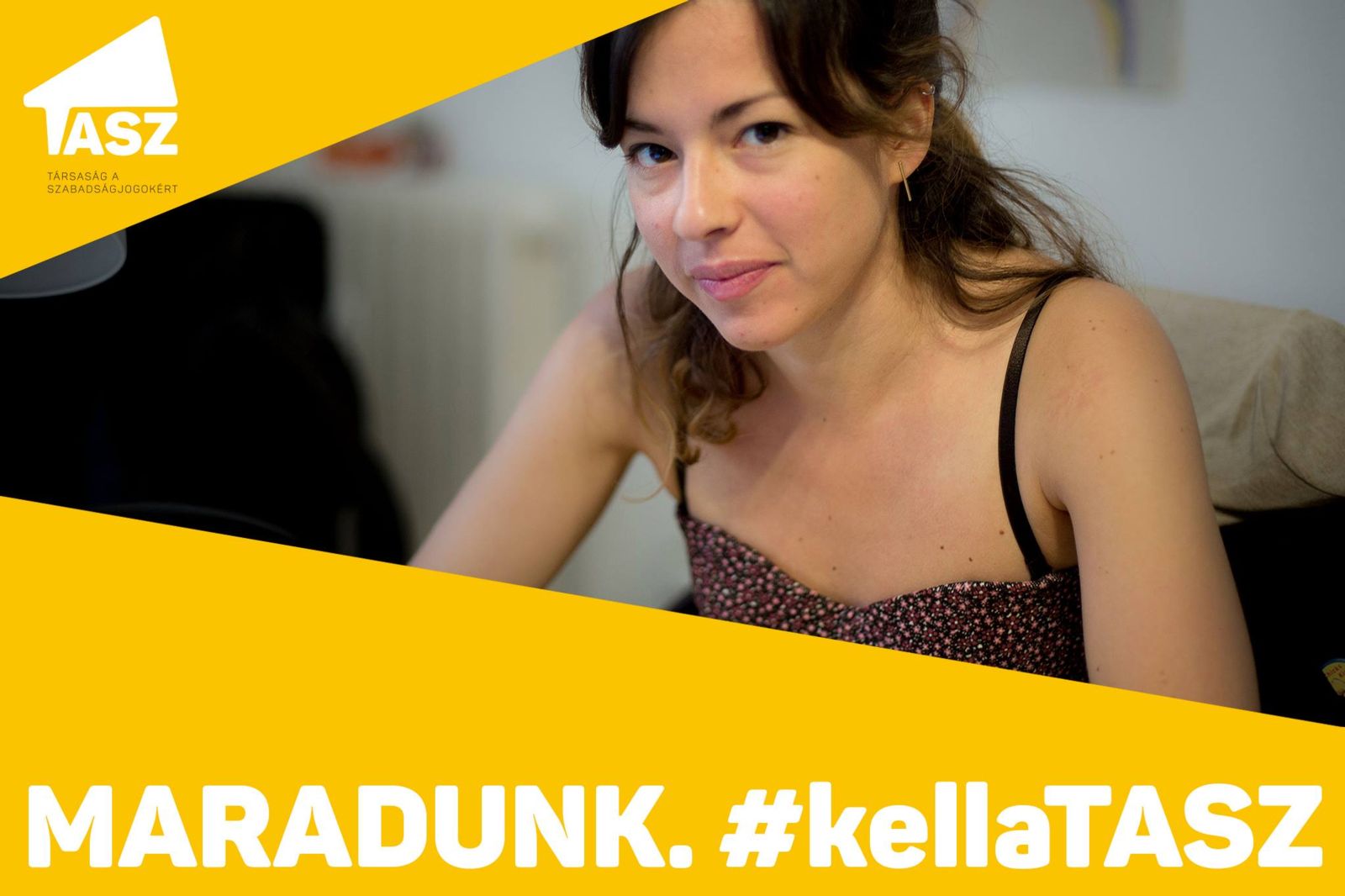 Because we were aware of the often-alienating human rights jargon, we explained our values in plain language, creating posts that mimicked memes, with inspirational quotes and videos explaining what we do. The quotes showed what we stand for, not against, thus showing vision and hope instead of fear.

While not everyone responds to appeals based on empathy, evidence indicates that campaigns emphasizing transparency and effectiveness may be most successful at generating local support. In response to the government’s claims about the lack of openness regarding funds and objectives, we made transparency the center of our communications strategy. The HCLU not only publishes annual financial reports, as prescribed by law, but we also post an easy-to-understand summary showing our sources of income. Because of the government-promoted conspiracy theories around NGOs in Hungary, this aspect of our campaign was particularly important.

The goal for our dissemination strategy was to get new followers but also to reach people outside of our usual circles with our positive messaging. We used multiple dissemination techniques, and to increase our reach we asked graphic designers, musicians, and other artists to publish statements about our work. Since many expressed their interest in showing support in the spring of 2017, we created a video about the various ways in which the average citizen could show their support, including through donations and writing testimonials.

The “HCLU is needed” campaign started at the beginning of 2017. By the end of October, the number of HCLU Facebook followers had grown by 17% in a steep and steady growth with no decline. April 2017 was the strongest month, as our campaign reached its peak when the proposed foreign-funded organizations law was submitted to Parliament. In April, our Facebook reach was 84% higher than it had been in March and engagement had doubled. Since the beginning of 2017, the HCLU had also doubled the number of regular individual donors.

In a restricted media landscape, every organization facing a discrediting campaign must be innovative about how to respond. The key issue is the narrative we would like to tell and its dissemination to our target audience. This not only requires delineating our target audience and preferred mediums, but also a broader process of elevating communications from a tool to a strategy. In this case the strategy was to develop our own narrative instead of responding to the delegitimization, which allowed us to build a vision of hope rather than get embroiled in a fight. Instead of trying to navigate in the government’s frame, we re-framed the situation into a positive, relatable issue that refused to engage with conspiracy theories or attack campaigns.

Human rights communication, therefore, can often be more effective if it builds on positive emotions of hope and empathy rather than anger and defensiveness. It is prevalent among human rights groups, particularly in Hungary, to use narratives about fear, shame, and outrage over injustice, as well as referring to obligations following from international law or the constitution. But we wanted to shift the narrative and return to the moral roots of human rights values: making them not only relatable but also providing a hopeful vision about the world we would like to build.

Certainly, the outcomes of the campaign cannot be separated from the increased media attention due to the foreign-funded organizations law. However, we can use this attention to tell a story that focuses on why society needs human rights organizations, instead of reiterating the complaint that CSOs are being victimized by the government.

Communications are key in convincing people about the importance of human rights values and empowering them to understand their power to exercise these rights. The goals of effective human rights communication go back to the roots of the movement: empowering those who speak truth to power and spreading the message to strengthen these voices.

Stefánia Kapronczay is the executive director of the Hungarian Civil Liberties Union (HCLU) and co-chair of the International Network of Civil Liberties Organizations (INCLO).

Anna Kertész is head of communications at the Hungarian Civil Liberties Union (HCLU) and the founder and first editor-in-chief of Humana Magazin, a Hungarian journal about human rights issues written and edited by young people.