How can human rights inform our understanding of mental health support services? 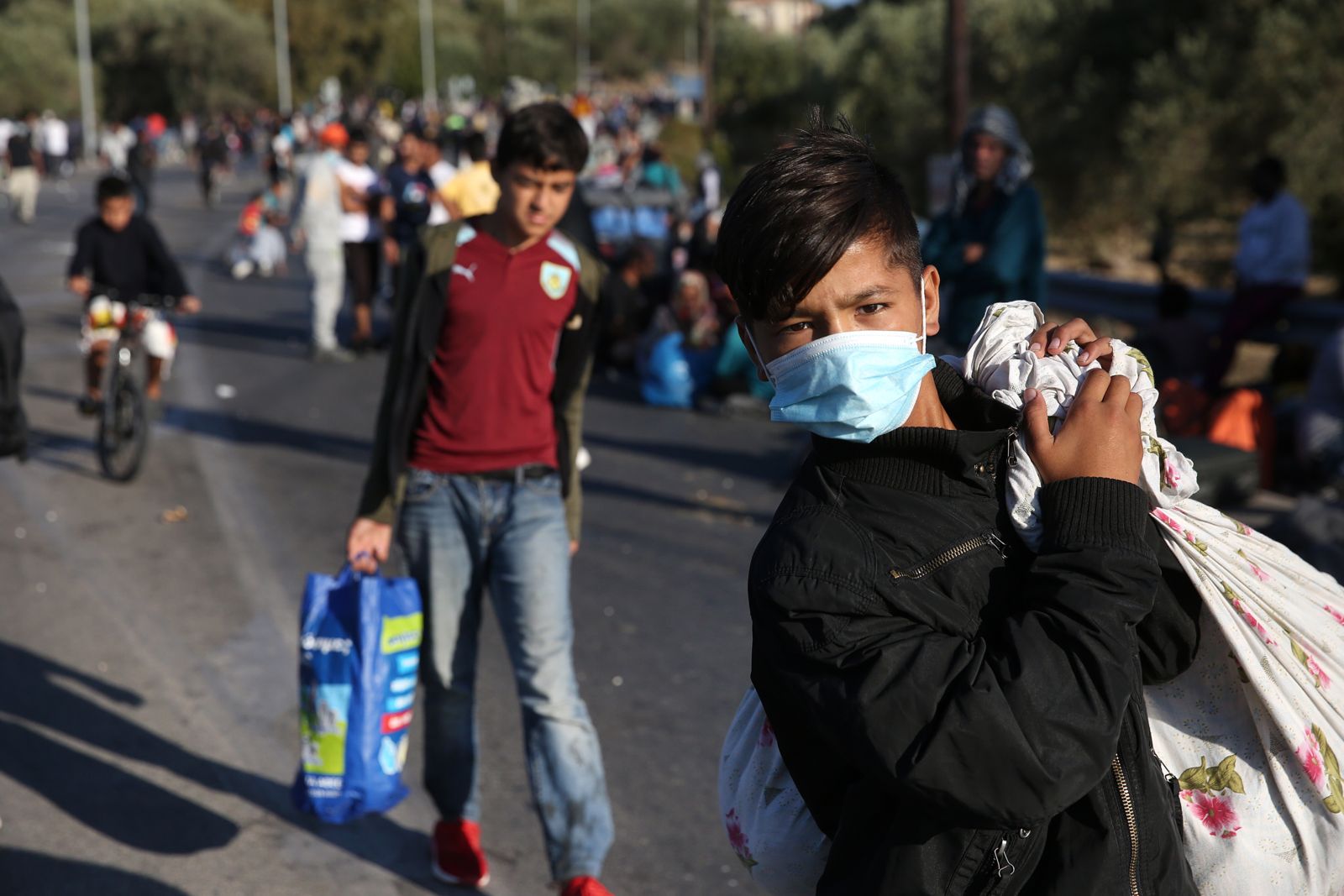 Asylum seekers evacuate from a refugee camp in Moria, Greece after a fire broke out in September 2020.  EFE/EPA/ORESTIS PANAGIOTOU

The European Commission recently presented its long-awaited New Pact on Migration and Asylum in September 2020. What many hoped to be a game-changer for asylum policies, in particular to relieve countries of arrival, has been received with mixed reactions. While it leaves some room for member states to share the “burden” of incoming forced migrants in times of crisis, it also risks deepening protracted situations. Unfortunately, the Pact also seems to confirm that for those hoping to find shelter in Europe it is unlikely that the climate of the EU will become more welcoming anytime soon.

When hundreds of thousands of forced migrants reached its shores in 2015, Greece was grappling with a lack of financial resources and austerity plans imposed after the financial crisis. The country was challenged to accommodate these people who were nonetheless protected by international law, while numerous reports heavily criticized the country’s conditions of reception and identification centers, citing a “mental health crisis.” It is against this backdrop that we conducted fact-finding missions in Greece during the summer of 2019. Since then, the new government in Greece toughened its migration policy, with one of its first initiatives being a new law to speed up the asylum procedures and increase the pace of return.

Migrants who are forced to leave their homes can be subjected to traumatic experiences before leaving their country or during their journey, they may have prior mental health problems or develop mental ill health upon arrival. Being confronted with harsh reception conditions upon arrival can also impact migrants’ mental health. “In Samos now there are 5000 people living in a camp that was built for 600 - the incarceration itself gives you psychological problems,” explained a young asylum seeker in Thessaloniki. “I couldn't see the psychologist because she had so many people to take care of.”

In an effort to prioritize needs, the Greek government introduced a “vulnerability assessment”, in application of the EU Recast Reception Conditions Directive. Pregnant women and asylum seekers with disabilities or “mental disorders” are transferred to the mainland as they wait for a decision on their asylum request. In practice, the facilities of the National Public Health Organization which conduct such assessments are heavily understaffed and face an overwhelming number of applicants. In 2019, the public hospital on Lesbos island had two psychiatrists qualified to make a diagnosis that could support an application for transfer. With the New Pact, health and vulnerability assessments would essentially be carried out during the pre-entry screening process applicable to all third-country nationals who are present at the external border without fulfilling the entry conditions or after disembarkation, following a search and rescue operation.

But to determine who is in severe mental distress becomes somewhat obscure in the light of the reception conditions. In November 2018, the Human Rights Commissioner of the Council of Europe expressed serious concerns about the vulnerability assessment procedures, while in September 2019 the UN Committee on the Rights of Persons with Disabilities requested to ensure immediate transfer of asylum seekers from the islands to the mainland once identified as vulnerable.

Moreover, receiving vulnerability status and being sent to the mainland does not necessarily improve the situation of limbo for asylum seekers with mental health problems. To facilitate the allocation of accommodation to vulnerable asylum seekers, UNHCR and the Greek government established a housing program even though persons with severe experiences of mental distress are prevented from accessing such accommodation. In practice, persons suspected of having “severe” problems, such as those diagnosed with schizophrenia or who expressed suicidal thoughts find themselves excluded without proper alternate housing. These discriminatory barriers force persons experiencing severe mental distress either to live homeless, in informal settlements, or in isolated camps on the mainland where access to mental health support is scarce.

NGOs have implemented a wide array of programs to address the mental health crisis among forced migrants. But save for a handful of specialized facilities, many initiatives struggle to provide long-term assistance from psychologists or psychiatrists. Furthermore, whether public or NGO-led, all mental health professionals interviewed reported major understaffing and usually had to select forced migrants who would be able to access services.

Although asylum seekers are entitled to support in public facilities, multiple administrative barriers to accessing a social security card lead to their de facto exclusion from services. The International Protection Bill from 2019 introduced a ‘temporary [social security] number for insurance and healthcare for third-country nationals’, making it easier to deactivate the card if an asylum request is rejected. When accessing mental health services, forced migrants also report negative attitudes of medical staff or coercive measures in psychiatric hospitals. Another pressing issue remains the general lack of interpreters with mental health expertise, which leads to longer waiting time to access support and a sense of disenfranchisement for asylum seekers seeking treatment.

Advocating for rights-based reform in the area of mental health

The Greek case study offers a number of areas where the state is bound to uphold human rights in the field of mental health, which practitioners and affected individuals could use to advocate for positive change. The UN Committee on Economic Social and Cultural Rights stated that the right to health is “an inclusive right extending not only to timely and appropriate health care but also to the underlying determinants of health”, which includes housing as well as healthy occupational and environmental conditions. In this sense, both the failure by Greece to provide adequate mental health services to forced migrants and the overall reception conditions contradict these obligations.

Moreover, a 2019 report from the Council of Europe anti-torture committee raised alarm about “systemic overcrowding” in several psychiatric institutions. It observed a “critical lack of staff and over-reliance on pharmacotherapy,” “the widespread practice of excessive and/or inappropriate use of mechanical restraint,” and insufficient safeguards surrounding involuntary placement procedures. It points that some practices of a prison psychiatric hospital “could easily be considered inhuman and degrading.”

If advocating for a closer integration of forced migrants into the public mental health system is necessary in the long run, it needs to be considered with caution, as it bears the potential for serious human rights violations and negatively affecting forced migrants’ wellbeing. While acknowledging ongoing economic pressure affecting the mental health system, human rights advocates can recall the principle of progressive realisation, which posits that a state party needs to take steps to the maximum of its available resources, with a view to progressively achieving the full realization of rights.

Human rights principles can offer important guidance to humanitarian workers and mental health practitioners in implementing programs, notably the right to participate and control one’s health. Yet, ensuring the availability and accessibility of quality mental health services remains a primary responsibility of the state. In this respect, humanitarian organisations working at the forefront of emergency situations can find themselves in a tactical position to deploy rights-based advocacy. Médecins du Monde’s Open Minds program can serve as an interesting example: its 2018 report condemns the impact of austerity on the stalling of mental health reform, chronic underfunding of facilities, while documenting an increase of demand for mental health services.

Mental health matters as much as physical health. Following this article, we decided to collate a list of mental health support services in Greece that you can reach:

Jonas Bull works with Mental Health Europe as a research and policy officer.

Sacha Feierabend is a program officer with the International Federation for Human Rights.