Land grabs in Haiti cause women to further suffer violations of environmental and women’s rights and exacerbate climate vulnerability. 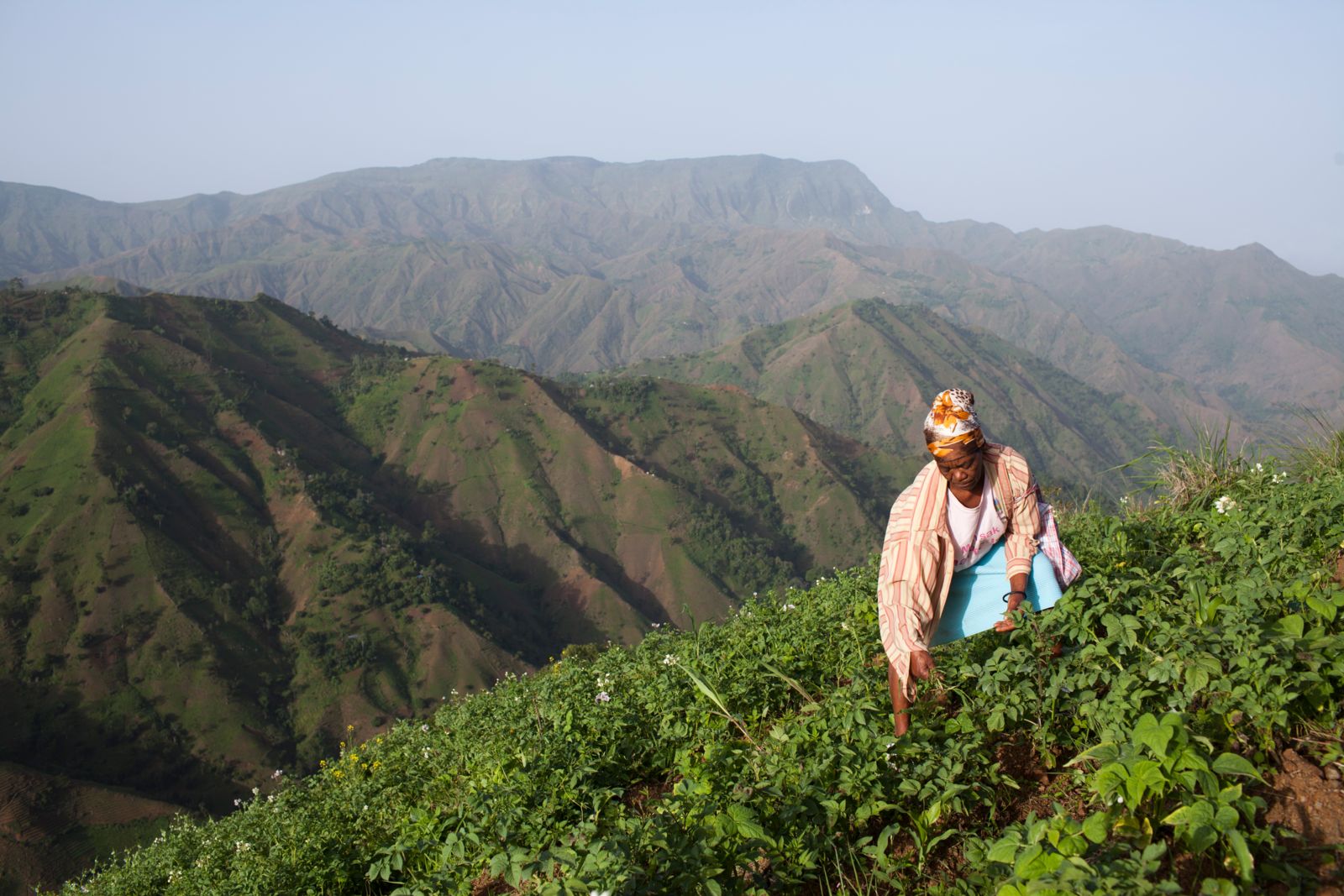 “Giving a rich man land to increase his capital doesn’t benefit us. What he produces won’t be for the community, it is for export… before, every person could take a little portion to plant rice, Congo peas, and other produce. This situation is having severe impacts on us and our families,” stressed Esther Jolissaint, a member of the organization Solidarite Fanm Ayisyèn (Haitian Women’s Solidarity – “SOFA”).

This quote is from a March 2022 submission that members of the NYU Global Justice Clinic, including me, made with SOFA to the U.N. Special Rapporteur on violence against women and girls. Jolissaint’s statement is specifically about the 2020 land grab of SOFA’s feminist agro-ecological school in Savane Diane, in central Haiti. It nevertheless broadly encapsulates the violent impacts of land grabs on women and the climate, in Haiti and indeed globally. The Special Rapporteur will present her report to the U.N. General Assembly this September.

Women farmers are disproportionately impacted by climate change, in part because of unequal access to and control of land. They are particularly affected by the climate crisis, including through the loss of homes, farmlands, and traditional livelihoods.​​ Land grabs in Haiti cause women to further suffer violations of environmental and women's rights, and exacerbate climate vulnerability, in an underlying context of already extreme climate vulnerability.

The appropriation of SOFA’s land in Savane Diane underscores this interconnected phenomena. SOFA is a Haitian feminist organization of approximately 10,000 members nationwide, 80 percent of whom are peasant women. For thirty-six years, SOFA has addressed gender-based violence; women’s political participation, health, and autonomy; and environmental rights. In 2017, the Haitian government granted SOFA 13.75 hectares of land in Savane Diane to support the activities of a feminist organic farm training school run by the organization. There, SOFA trained 300 farmers, the majority of whom were women, on land rights, food sovereignty, and agro-ecological practices for climate resilience.

SOFA’s sustainable use of the Savane Diane land not only fed the local community but other parts of the country as well. Haiti faces significant food insecurity, but, as Jolissaint emphasized, “cultivation of the land combats hunger, exploitation, and imported food.”

However, in 2020, public and private actors, seemingly working together, methodically – and violently – destroyed the school’s fencing and forcibly displaced SOFA’s members from their land. SOFA was forced to abandon the area to export-oriented agribusiness firm Stevia Agro Industries S.A., controlled by powerful Haitian businessman André Apaid. In 2021, former president Jovenel Moïse, by presidential decree, ratified the land expropriation, earmarking 8,600 hectares – including SOFA’s land – as an agro-industrial free trade zone. That the displacement occurred during a pandemic that has intensified food insecurity renders the violence even more acute.

Women farmers are disproportionately impacted by climate change, in part because of unequal access to and control of land.

The Savane Diane land grab reflects more than the taking of a feminist organization’s land for the use of powerful actors, a frequent occurrence during Moïse’s administration. It has had compounding consequences. With their livelihoods attacked, rural women in the area, who are critical agents in confronting climate change, are now more vulnerable to other forms of violence. SOFA’s women students have been deprived of economic autonomy and the agro-ecological training that supports climate resilient agriculture. Deprived of their land, some women have sought work at Stevia Industries. They report exploitation by supervisors, who subject them to sexual violence in exchange for work, without guarantees of employment or fair wages.

The Savane Diane industrial development is leading to greater impoverishment and food insecurity. Civil society has also noted that the project will damage the local environment, agriculture, biodiversity, and livestock and introduce harmful fertilizers and pesticides as well as wasteful water practices. The project also affects access to water: according to residents, the free trade zone houses three large water reservoirs that used to store drinking water for residents during times of drought. Despite facing a water crisis, residents can no longer access these reservoirs.

Savane Diane is just one example of the forced displacement of farmers for the benefit of elites in Haiti. Although Moïse was assassinated in July of 2021, his party remains in power, making it likely that violent land grabs will continue. In Haiti, this land grabbing should be understood as a modern manifestation of the racialized extractivism that has existed since colonization. And since Haiti’s independence, powerful families have ensured that land remains in the hands of a small group. This is facilitated by the lack of reliable records. Less than 5 percent of Haiti’s territory is covered in the national property register, and up to two thirds of rural land has no formal property title. Rural Haitians, particularly women, are therefore susceptible to the taking of their already limited land, leaving them in a precarious situation.