Without adequate data, the US racial divide remains a matter of perception, rather than of careful empirical analysis.

The incredible litany of publicly exposed incidents of police use of force against African American males in the past two years is both a testament to the power of social media and an exposé of the deficits of state, local and federal government accountability. Yet, the brutalization of African American males by law enforcement agents is not a new phenomenon. It was chronicled after the riots of the 1960s in the Kerner Commission Report and remains a historical legacy of the power of law enforcement agencies over the lives and bodies of black men. Whereas W.E.B. DuBois used his brilliant essays published in the NAACP’s The Crisis magazine to expose the horrors of lynching in early 20thCentury America, contemporary movements such as Black Lives Matter and their allies have used Twitter, Facebook, Snapchat, FaceTime and related social networking platforms—along with the ever-present video phone—to expose police excesses.

Although the United States belatedly ratified the International Convention on the Elimination of All Forms of Racial Discrimination (CERD) in 1994, it still has failed to fully implement key elements of the treaty, according to the American Civil Liberties Union (ACLU). This failure is particularly evident in the area of criminal justice, where African Americans, Hispanics, and American Indians are disproportionately stopped and frisked, arrested, incarcerated and sentenced to the death penalty. They are more likely to be denied bail, more likely to be tried as adults when they are juveniles, and less likely to be employed once they are released from prison. 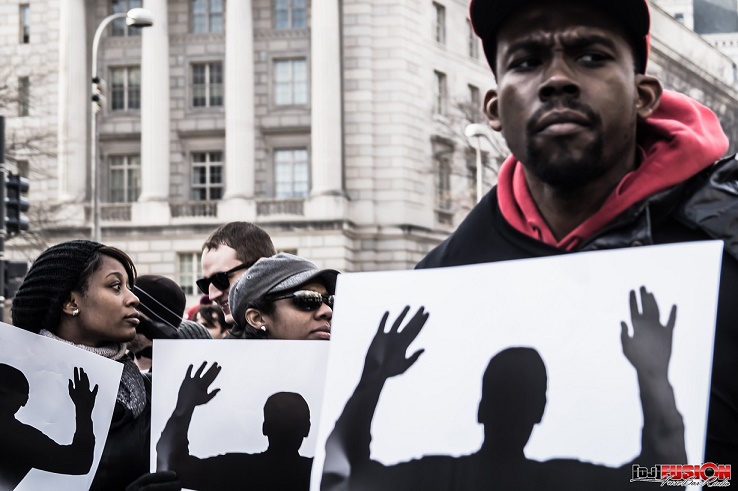 Without adequate data, the full scope of racial violence in the US cannot be articulated.

There are no reliable statistical indicators today on police use of deadly force.

And, apparently—though not officially, as there is no uniform database for this—they are also more likely to be the victims of excessive police force. Just as there were no official lynching statistics in DuBois’ day, there are no reliable statistical indicators today on police use of deadly force. Only recently has the US Department of Justice proposed a largely untested methodology for attempting to piece together what is known at the local level of police shootings.

Under Edgar Hoover’s leadership, the FBI began to produce an annual report on major crimes and offenses committed in nearly every city and state. This official report, dating back to 1932, highlights information on homicides, rapes, robberies, larcenies and auto thefts and is used by policy makers to gauge trends requiring corrective action.

Not surprisingly, official statistics are silent on the police’s use of force against innocent African Americans. This has not prevented pundits and others from contesting whether, in fact, there are in fact racial disparities in the police’s use of deadly force. For example, in a widely criticized and unpublished report by a team of students led by Harvard economist Roland Fryer, evidence collected from several police departments did not show racially disparate uses of deadly force.  While others have pointed to various methodological flaws in the statistical analysis arising from the one-sided police data, a more compelling objection is that there is no uniform federal data base on police killings of unarmed citizens, despite the fact that for nearly a quarter of a century, there has been a federal mandate to collect such data. That we know so little about police killings of black males is attributable to the lack of accountability on the part of local, state and federal law enforcement agencies.

The FBI has collected information on hate crimes—a classic indicator of human rights abuse—since 1992. Some argue that federal officials do not view police killings of unarmed civilians as hate crimes. Still, the official record seems to show no evidence of escalation in the types of hate crimes that are reported to authorities.

Initially, the FBI recorded hate crimes that appeared to have been caused by prejudice based on race, religion, sexual orientation or ethnicity in the following offense types: crimes against persons, murder and non-negligent manslaughter, rape (revised definition and legacy definition), aggravated assault, simple assault, intimidation, crimes against property, robbery, burglary, larceny-theft, motor vehicle theft, arson, destruction/damage/vandalism, crimes against society, and more. Absent from this list are police killings of unarmed offenders. Still, it is instructive to review what we know about these officially reported crimes.

With recent changes in federal legislation, hate crimes are now defined as any "criminal offense against a person or property motivated in whole or in part by an offender’s bias against a race, religion, disability, sexual orientation, ethnicity, gender, or gender identity."  Some hate crimes, like those based on sexual orientation, increased from 1,016 to 1,393 incidents from 1996 and 2001 and then declined to 1,017 incidents in 2014.  Race-based hate crimes declined steadily from 1996 until the present. Race-based hate crimes against blacks declined from 3,674 in 1996 to 2,486 in 2002. There was a slight up-tick in anti-black hate crimes in 2008, the year of Barack Obama's election to his first term, rising to 2,876.  But, by 2014, the numbers had fallen again to 1,621.

This is just another illustration of why it is difficult to get a handle on the magnitude of racist acts in society. The extent to which the looming crisis of continuing and unresolved racial divides in the U.S. remain a matter of perceptions, rather than careful empirical analysis.

If human rights activists want to make a stronger case for remedying racial violence, they must advocate for stronger reporting and documentation by every police department and law enforcement agency in the nation.

Samuel L. Myers, Jr., is the Roy Wilkins Professor of Human Relations and Social Justice at the University of Minnesota’s Humphrey School of Publics Affairs. He specializes in the impacts of social policies on the poor.