The restoration of asylum rights to domestic violence survivors in the US illuminates the power of strategic litigation to create positive change—but there are many challenges ahead. 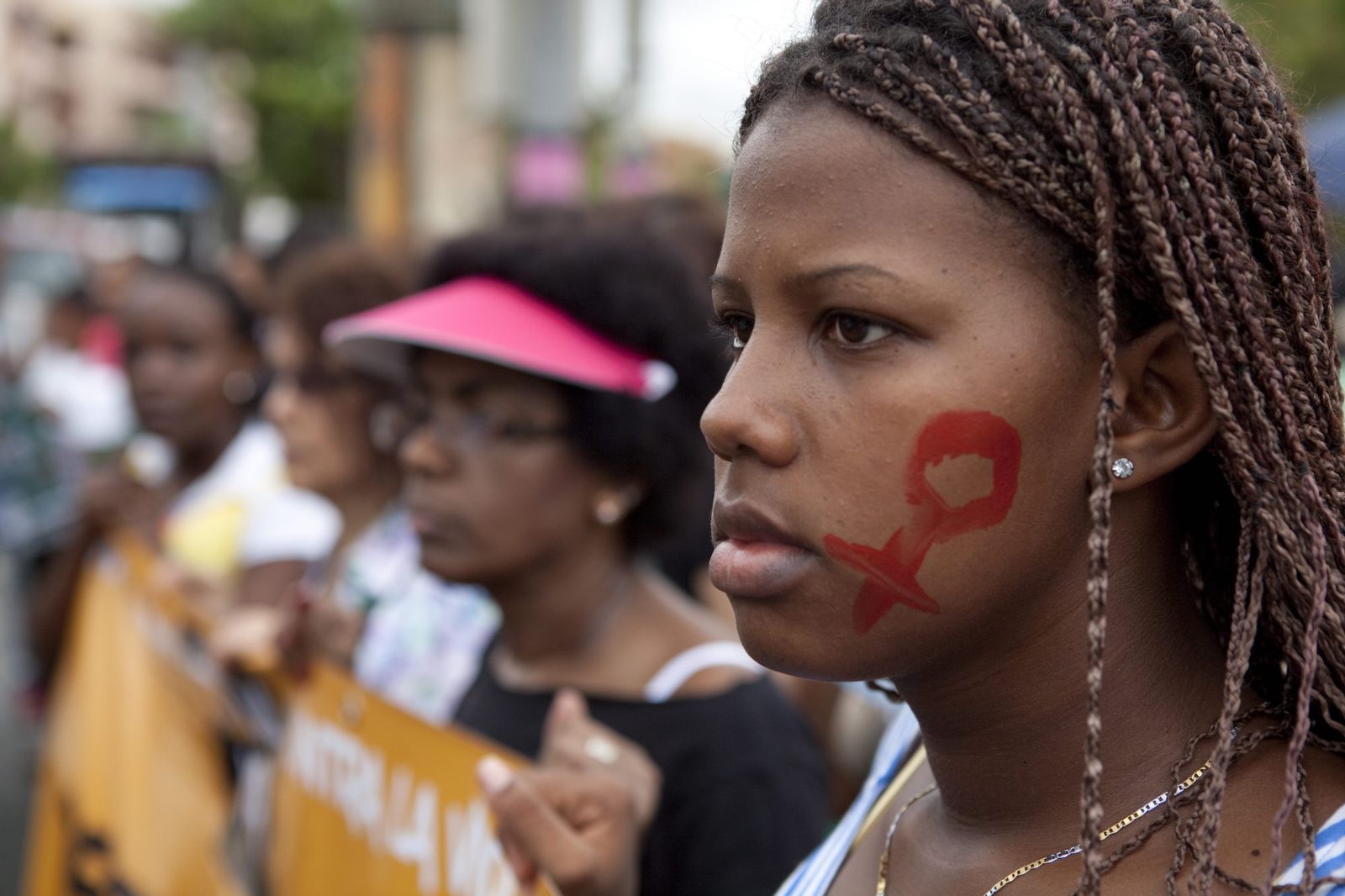 Women gather to protest violence against women in Santo Domingo, Dominican Republic. A court decision in the US restored asylum claims for domestic violence survivors based on the case of a Dominican woman. EFE/Orlando Barría

In late April, a federal appeals court stepped in to protect long-standing US asylum law by restoring the right of “women unable to leave a domestic relationship” to be a protected social group, eligible for asylum.

The impetus for this development began back in 2018 when Attorney General Jeff Sessions defied established precedent, overturning a Board of Immigration Appeals decision (Matter of A-B-). He stated, “Generally, claims by aliens pertaining to domestic violence or gang violence perpetrated by nongovernmental actors will not qualify for asylum.” This decision flew in the face of years of established precedent protecting the right to seek asylum under these same grounds. It occurred in tandem with the Trump Administration’s broad and unrelenting attacks on due process for asylum seekers.

De Pena-Paniagua escaped the Dominican Republic after enduring years of domestic violence, but her asylum claim was rejected due to Sessions’ ruling.

This victory comes with important lessons. It illustrates that courts play a critical role in safeguarding human rights from a hostile administration. It also illuminates the power of strategic litigation and amicus briefs to create positive change.

However, the victory also offers a dismal reminder of how far we have to go. The Trump Administration has implemented a slew of policies that have nearly obliterated migrants’ ability to seek asylum. So, even if domestic violence survivors will now be spared the effects of Jeff Sessions’ discriminatory ruling in Matter of A-B-, they will likely be turned away anyway—before they even have the chance to present their case to an immigration judge.

The recent decision in this case was the culmination of a long fight by a variety of parties, including multiple amicus briefs explaining the importance of restoring the right of asylum to domestic violence survivors. An amicus brief (legal latin for “friend of the court”) is a written submission by a person or group that is not a party to the underlying case but who has information, expertise, and a strong interest in the outcome of the litigation. The decision on whether to consider the information presented in the brief is within the discretion of the court.

The opinion noted that Harvard’s brief “urges us to rule as a matter of law that ‘Dominican women’ can accurately describe a particular social group in this case.”

UUSC’s brief, filed with Catholic Legal Immigration Network, Inc. and others, included detailed information on asylum law and concluded, “Depriving asylum seekers of protection because they endured non-governmental harm is not what Congress intended, nor could it ever be.”

Another amicus brief from the Harvard Immigration and Refugee Clinical Program was significantly cited in the final decision from the court. For example, the opinion noted that Harvard’s brief “urges us to rule as a matter of law that ‘Dominican women’ can accurately describe a particular social group in this case” which will support future Dominican survivors of domestic violence in their cases.

The ongoing COVID-19 pandemic further illustrates the importance of the ruling. Cases of domestic violence have surged as people are required to remain in their homes. In many countries—including Mexico, Brazil, China, and South Africa—calls to hotlines and police regarding domestic violence have spiked. The UN Population Fund revealed that six months of lockdowns could result in an extra 31 million cases of gender-based violence.

Unfortunately, there’s a long road ahead to adequately protect the right to asylum. For one, an array of Trump administration policies denying or interfering with asylum remain in effect. Just to name a few, the administration has locked up asylum seekers for arbitrary lengths of time, rushed asylum hearings through fast-track proceedings with minimal access to attorneys, forced people to wait in Mexico to have their case heard by a US judge, and deported people to other countries that have poor or inadequate protections for refugees, rather than allowing them to seek asylum in the United States. Most recently, under cover of the COVID-19 pandemic, the administration has ground practically all asylum screening to a halt, expelling thousands of people seeking protection—including domestic violence survivors—without any due process at all.

The trend of expelling asylum-seekers and migrants from borders is being followed by other governments in the wake of the pandemic. For example, Hungary's nationalist prime minister, Viktor Orban, has been emboldened to continue to close borders to migrants and refugees using the pandemic as a pretext. COVID-19 presents a double humanitarian emergency for refugees—particularly with the continued politicization of aid and international inaction.

Additionally, the Attorney General still has far too much power to operate in a quasi-judicial role. Unlike most courts, the immigration court system is housed in the Justice Department, rather than being an autonomous part of the judicial branch. This means that the same administration seeking to deport asylum seekers is ultimately in charge of deciding their fate. The result is a fundamental lack of checks and balances, which allows decisions like Sessions’ Matter of A-B- ruling to overturn decades of established protections. Unraveling such injustices requires years of litigation. It is crucial for Congress to create truly independent courts that are housed outside the executive branch.

The court's recent asylum decision is certainly welcome. But it's a hollow victory so long as the administration continues to block practically all asylum-seekers at the border without due process. Domestic violence survivors will continue to be denied their human rights until all anti-asylum policies are brought to an end.