Achieving a consensus on the terms of social obligation in a society based on equality is both complex and extremely important. 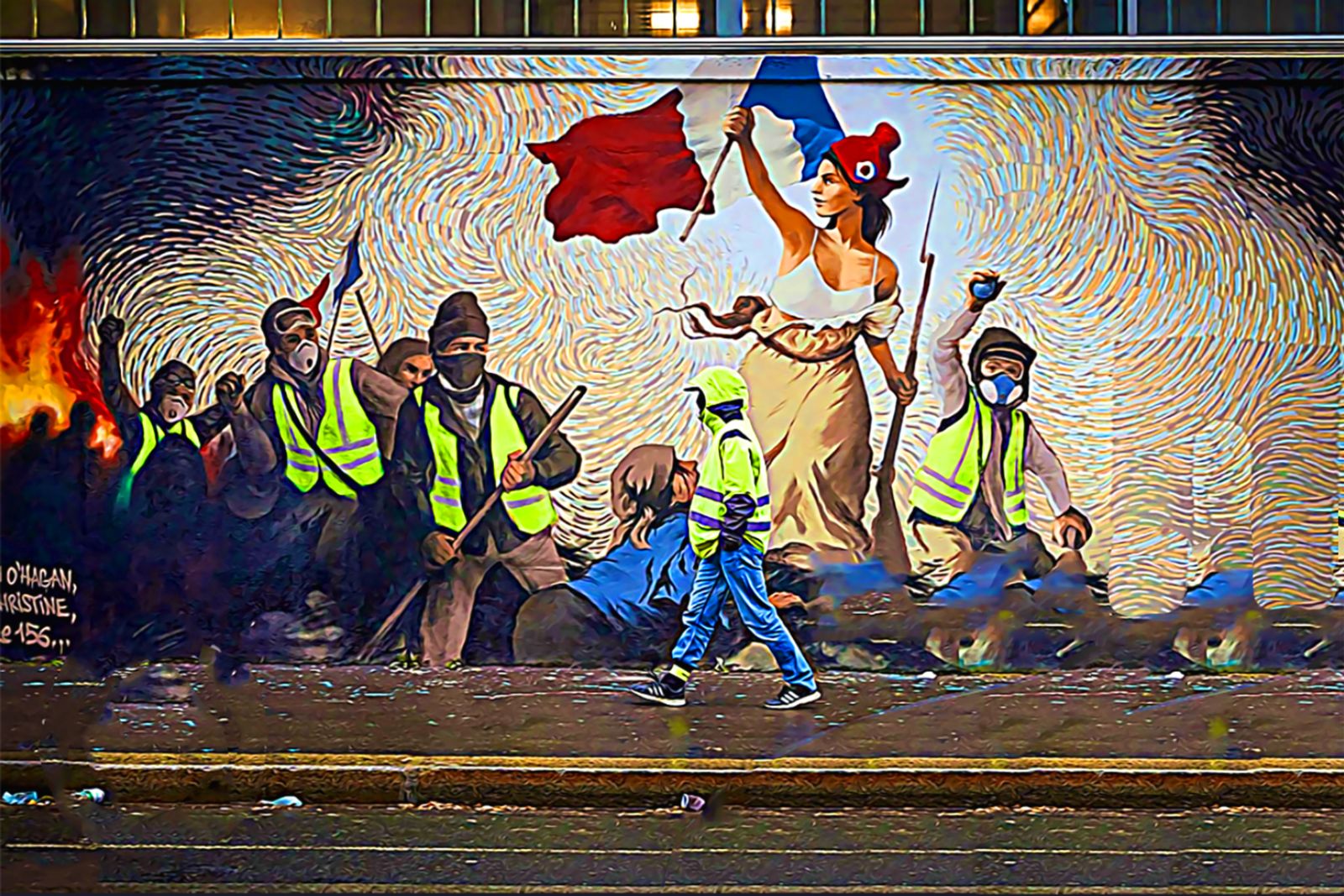 Over the past four decades, it has become common to refer to social rights as ‘second generation rights’ – as recent additions to the civil and political rights bequeathed by the European Enlightenment. This ‘generational’ theory emerged in the 1970s as a kind of shorthand for categorising rights but soon took on a life of its own. This is a shame because it obscures the deeper and more interesting history of social rights.

Like civil and political rights, social rights stretch back to the eighteenth century, and arguably, much further. Throughout the medieval and early modern eras, poverty was considered a legal condition entitling the poor to assistance. Ironically, it was during the age of the Enlightenment that social rights lost much of their legitimacy. Neither the English Bill of Rights of 1689, which grew out of the Glorious Revolution, nor the American Bill of Rights of 1791, promulgated after the American Revolution, acknowledged them.

The French Revolution stands out as an exception – and a quite significant one. Social rights appeared in the Jacobin rights declaration of 1793, promulgated just as the Revolution was sliding into the ‘Terror.’ But these rights had already been proposed in 1789, well before Jacobins and sans-culottes sprang into existence. What’s more, they were proposed by individuals who would be considered conservatives or free-market liberals today.

Take, for example, the rights proposed by Pierre-Samuel Dupont de Nemours – a free-market theorist, ministerial advisor under Louis XVI and direct ancestor of the American Dupont dynasty, which would fund neoliberal think tanks in the mid-twentieth century. He declared that ‘All men have the right to assistance from other men’ and that society had ‘a sacred debt’ to provide jobs for those who could work and subsistence for those who couldn’t. Yet, he also believed that the best ‘welfare’ policy a government could adopt was to spend little and let capital and labour drive the economy (‘laisser faire le peuple’).

To understand this seeming contradiction, we must put aside anachronistic notions of the welfare state. Dupont’s social rights expressed his belief that a regenerated society could morally and economically regulate itself. Once property was secure (he called for property rights) and markets were free (the corollary of property), abundance would follow, lifting all boats. Social rights necessitated the duties to work and provide charity, but these were the responsibilities of individuals, not the fiscal-redistributive state.

Despite strong support, social rights were not included in the final draft of the Declaration of the Rights of Man and of the Citizen of 1789. But Dupont’s liberal-economic vision was widely shared and shaped early revolutionary policies – with disastrous results. The more the economy was liberalised, the more unstable the situation became. After the monarchy was toppled and a republic was declared in 1792, revolutionaries had to draft a new constitution. Calls to include social rights came from all parts – from radical sans-culottes, who also clamoured for price controls, to well-heeled moderates in the National Convention, who still believed that economic freedom would remedy deprivation. Even some anti-revolutionary Catholic priests were espousing social rights at the time.

This consensus on social rights papered over deep divisions over how to finance them. The Constitution of 1793, which included rights to work, subsistence, and education made ‘society’ the duty-bearer. What ‘society’ meant, however, was anyone’s guess. Did it refer to philanthropic individuals or the fiscal-redistributive state?

Lacking clarity, officials took matters into their own hands. They solicited, taxed, and extorted according to their predilections and the circumstances. As prisons filled up with ‘enemies of the people’ and guillotines rolled into cities across France, the Jacobin constitution became associated with terror. What was, at its root, a problem of reconfiguring obligations for an egalitarian society was simplistically recast as the problem of social rights. When still another constitution was drafted during the conservative backlash of 1795, social rights were decidedly omitted.

Throughout the nineteenth and twentieth centuries, republicans were increasingly willing to adopt social provisioning measures, but only as a matter of government, not as a matter of right. Alexis de Tocqueville drove home this distinction in a speech to the National Assembly in the Revolution of 1848. Countering socialists, he drew inspiration from the Revolution of 1789, the social aims of which, he insisted, had been limited to ‘introducing charity into politics’. With charity, recipients don’t have claims on givers. ‘There is nothing [in the 1789 revolution] that gives workers a right in respect of the state […] nothing that authorizes the state to intervene in industry, to impose restrictions upon it.’ Socialists, for their part, had only minimal, if any, commitments to social rights. Many saw human rights as nothing more than ‘bourgeois’ claptrap. Like the free-market liberals of the Enlightenment, they held a vision of a morally and economically self-regulating society. But unlike those liberals, they did not use the language of rights to express it.

For a variety of factors, social rights re-emerged in the twentieth century, appearing in constitutions in Europe and the Americas: Mexico (1917), Weimar Germany (1919), Ireland (1922, 1937), USSR (1936), and elsewhere. In his famous speech of 1944, Franklin Delano Roosevelt called for a ‘Second Bill of Rights,’ which included freedom from want. Eleanor Roosevelt chaired the Commission on Human Rights at the United Nations, which included social rights in its draft of the Universal Declaration of Human Rights of 1948. Despite the growing recognition of social rights, they remained contested, especially after the start of the Cold War. The French Revolution, I believe, can shed light on the reasons why.

Perhaps the real lesson is how important, yet difficult, it is to achieve a consensus on the terms of social obligation in a society based on equality rather than hierarchy.

The failure of revolutionaries to agree on the terms of obligation in 1793 (who pays and on what terms?) undermined social rights by facilitating the view that they lead to violence and oppression (the Terror). Many of the arguments levied against social rights in the twentieth century harken back to the Terror’s aftermath, when liberals rejected social rights for the authoritarian risks they were thought to entail. In On Revolution (1963), Hannah Arendt concluded that attempts to resolve the social question through political means – ‘the rights of the sans-culottes’ – are inevitably doomed to terror. Her view was echoed by Aryeh Neier, first Director of Human Rights Watch, who stated in his memoirs of 2001: “Authoritarian power is probably a prerequisite for giving meaning to economic and social rights.”

For critics of social rights, the French Revolution looms as a cautionary tale. But perhaps the real lesson is how important, yet difficult, it is to achieve a consensus on the terms of social obligation in a society based on equality rather than hierarchy. Social rights traversed the medieval and early modern eras; they stumbled through the modern. Rather than dismissing them as naïve or dangerous, we might do better to reflect more deeply on our social contract – on what free people owe each other as equal members of society. In practice, this means doing what historian Rutger Bregman did at the World Economic Forum in Davos in 2019, when, before a crowd of billionaires, he distinguished between charity (“stupid philanthropy schemes”) and taxes. In the end, social rights depend not on altruism but on the obligation to pay one’s fair share.