Iranians have frequently fought—though not often successfully—to break the yoke of tyrants. But upon examination of the policies and practices of four subsequent administrations in post-Khomeini Iran, it remains unclear whether these changes have positively or adversely affected the country’s human rights situation. The possibility of a top-down change or negotiating with those who violate human rights in Iran remains remote and, at best, impractical. Human rights activists and advocates would have more success by concentrating on a different strategy—that is, the need to strengthen the struggle for human rights in Iran by underscoring the importance of education, international organizations such as the United Nations, and local and regional non-governmental organizations (NGOs) in fostering the interaction between internal and external political dynamics.

Throughout Iran’s history, the struggle for reform and human rights has included all social strata and classes, while signaling national aspirations of the vast majority of Iranians for democratic reform.

Throughout Iran’s history, the struggle for reform and human rights has included all social strata and classes, while signaling national aspirations of the vast majority of Iranians for democratic reform. This hope has been repeatedly dashed by outsiders (an American-British engineered coup in 1953 that removed Iran’s popularly elected Prime Minister Mohammad Mossadeq) as well as internal leadership (the Pahlavi dynasty and the Islamic Republic after the 1979 Iranian Revolution). The post-revolutionary changes and transformation have since spurred a rigorous debate among the region’s scholars over what interpretation of democratic reform and cultural politics should shape Iran’s human rights condition in the future. In recent years, the country’s moral and political divide has further deepened, with the ruling elite facing both normative and institutional challenges. The revolutionary fervor, however, encountered wide-ranging challenges, as new social, economic, and political problems compounded the Islamic Republic’s attempt to advance its ideological goals. The population explosion, the Iran-Iraq War, and the emigration of some three million Iranians created a whole host of problems that undermined the ruling elites’ revolutionary approach. 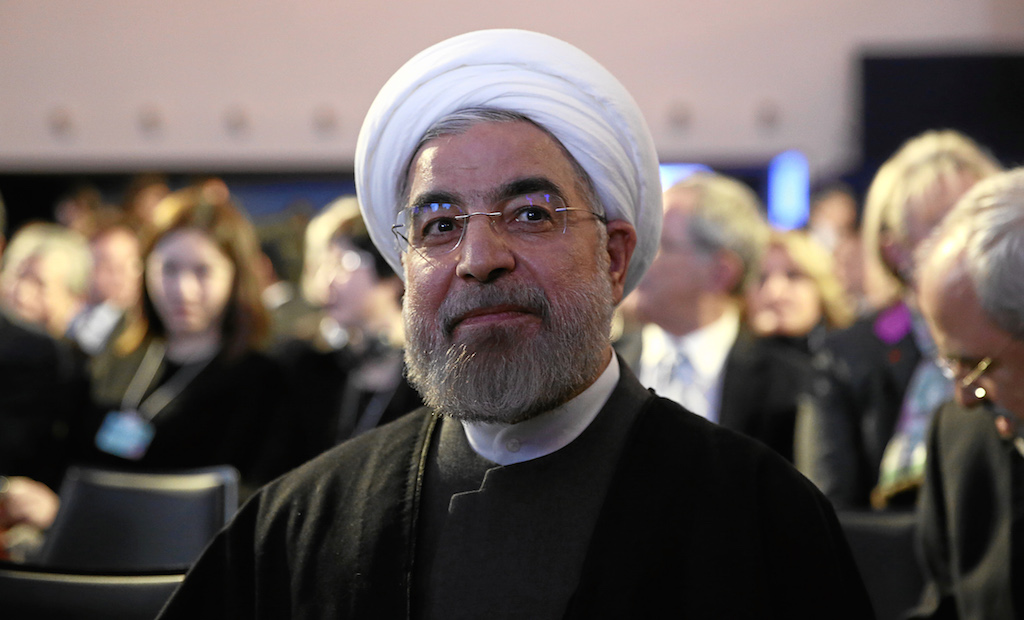 Some government officials consider human rights nothing but tools of unwarranted intrusion into their internal affairs by the West, however, the election of Hassan Rouhani in the 2013 has given people some hope for change and normalization of relations with the West.

To restore or even reconstruct their image, the authorities within the Islamic Republic have turned their attention to the international human rights instruments, hoping that ratifying some of these instruments would likely confer on them an international legitimacy of the sorts, while still staying in full control of internal means and institutions of coercion such as riot police, secret police, and intelligence apparatus. By 1999, under the administrations of Rafsanjani and Khatami, both of them reformists, Iran made a genuine attempt to become a party to the International Covenant on Civil and Political Rights; the International Covenant on Economic, Social and Cultural Rights; the UN Convention on the Rights of the Child; the International Convention on the Elimination of All Forms of Racial Discrimination; the Convention relating to the Status of Refugees; and the Protocol relating to the Status of Refugees.

Yet, the reform process under President Mohammad Khatami met with considerable resistance by conservative actors, factions, and foundations, giving rise to the emergence of neoconservatives such as President Mahmoud Ahmadinejad. In 2009, the post-presidential election protests in Iran shook the foundation of the Islamic Republic, as a new wave of street protests, known as the Green Movement, posed a homegrown and popular threat to the country’s revolutionary power structure. The reach of social networking tools and digital interactions called into question the Islamic Republic’s authority and modus operandi. The ensuing crackdown on journalists, rights activists, and lawyers in a bid to stifle dissent led to a pervasive climate of fear, and lingering tensions and fractions within the ruling regime.

Iran’s governing elites’ interests and identities cannot uniformly be defined and discerned in a system that contains multiple centers of power, nor is it easy to answer the question of whether such leaders use their political powers and levers to either advance human rights or the regime’s preservation.  Some government officials consider human rights nothing but tools of unwarranted intrusion into their internal affairs by the West.  Others tend to use their position to build around them a network of supporters committed to the regime survival, one that is notably oblivious to the ideals of human rights.

Saeed Mortazavi, for example, Iran’s General Prosecutor and the Chief of Revolutionary Court, faced murder charges over the 2009 torture and killing of three detained protesters at an infamous Kahrizak Detention Center and was acquitted on August 19, 2015. Nonetheless, the election of Hassan Rouhani in the 2013 elections has given people some hope for change and normalization of relations with the West in this current climate of fear. On November 2, 2016, Mortazavi was sentenced to receive 135 lashes for charges related to a corruption trial and he was later replaced by Abbas Jafari Dolatabadi upon approval by the head of the judiciary.

The question remains: with impunity at the top levels of government as a significant and ongoing problem, how do human rights activists engage and with whom? Perhaps human rights engagement with perpetrators could come less directly: NGOs and grassroots organizations could lobby in parliament to introduce bills regarding the promotion of human rights in Iran (e.g., just recently, a bill was passed to equalize "blood money"—which allows convicts to be pardoned by the victim’s family if they receive financial compensation—of men and women). Some academic organizations and individuals, such as Mehdi Zakerian, have held conferences and workshops on human rights, while also publishing their proceedings in academic journals or creating new journals. Other human rights scholars have worked and cooperated with local UN agencies. Private schools could add courses on human rights, and indeed, some universities have offered courses on human rights and provided the students with credible human rights books. In addition, social media serves as an important medium to educate Iranians on the subject of human rights with some degree of internal legitimacy and justification, without concern of intervention from the state. Increasingly, civil society associations in Iran have held educational sessions at homes for small groups of people to discuss human rights and how these rights apply to their day-to-day lives.

All of these grassroots efforts to advance human rights standards encounter a power structure and conservative clerical establishment that has zero tolerance for human rights. Bottom-up and grassroots organizing and efforts are thus essential to making human rights a sustainable movement in the coming years. How effective these strategies are in the long term remains to be seen. But historically, gains in human rights have been slow in Iran. One day, true engagement with perpetrators might improve Iran’s overall situation, but given the country’s current political climate, such engagement is simply not possible—yet.

Mahmood Monshipouri is a professor of international relations at San Francisco State University.