How the USA deals with the process launched with resolution 43/1 will speak volumes about how it intends to engage with the Human Rights Council. 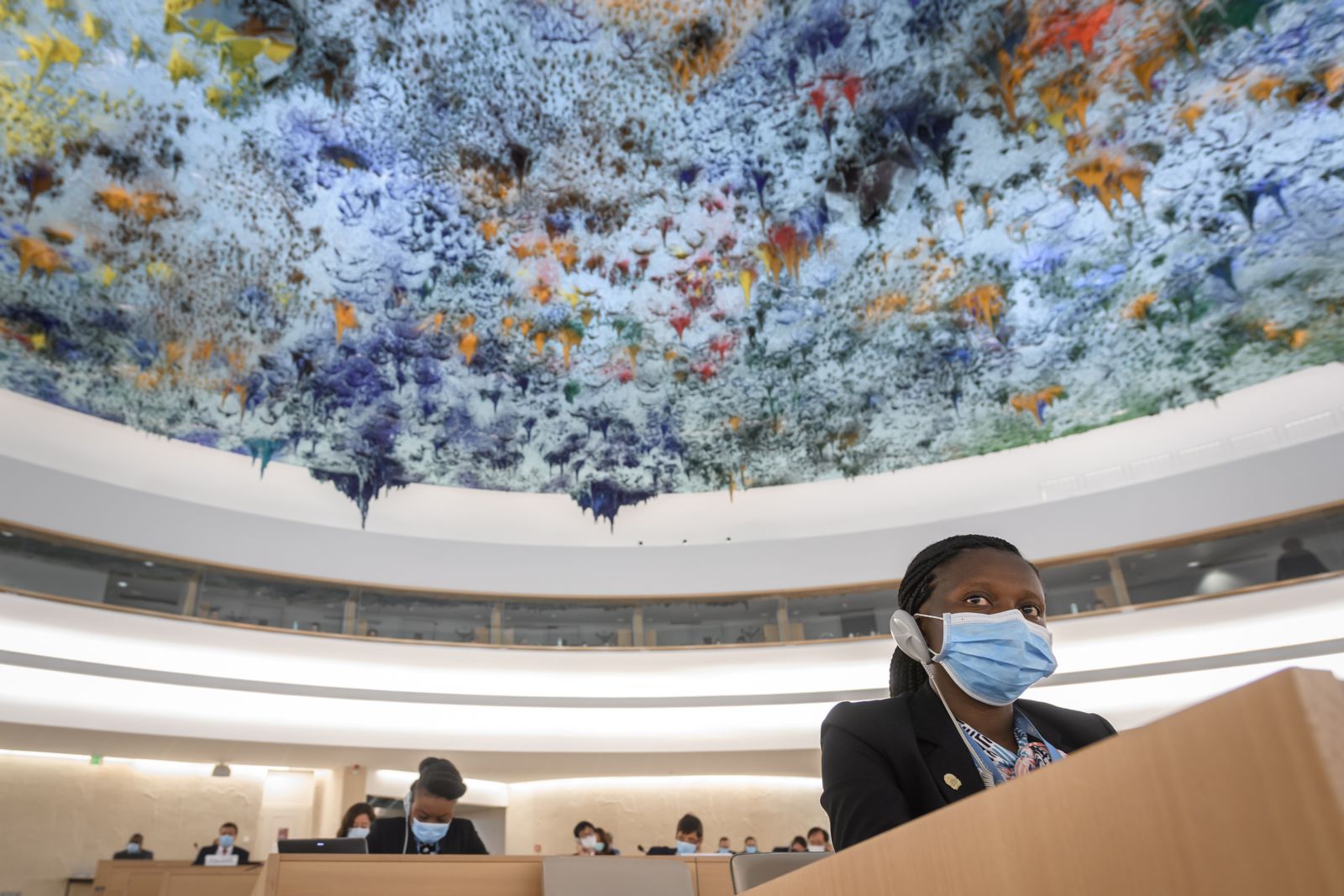 A delegate from Angola looks on during the vote of a watered down resolution condemning structural racism and police brutality in the wake of the death of George Floyd at the United Nations Human Rights Council in Geneva, Switzerland, 19 June 2020. The UN's top human rights body adopted a resolution condemning structural racism and police brutality, after the text was revised to remove specific mention of the United States. (Suiza, Estados Unidos, Ginebra) EFE/EPA/FABRICE COFFRINI / POOL

The decision of the USA to re-engage with the UN Human Rights Council (HRC) announced on 8 February 2021 has been welcomed in many quarters. That announcement gave some sense of the USA’s priorities for its engagement with the Council.  Now there is considerable curiosity and speculation about what specifically the USA will do in the Council, initially as an observer in 2021 and eventually as a member if it wins election to the Council for a term starting in 2022.

The priorities mentioned by Secretary of State Blinken on 8 February included reform of the HRC’s agenda, its membership, and focus—including its disproportionate focus on Israel. He also noted the role of the Council in shining a spotlight on countries with the worst human rights records and in promoting fundamental freedoms, including the freedoms of expression, association and religion as well as the fundamental rights of women, girls, LGBTQI+ persons and other marginalized communities. It is foreseeable that there will also be many specific issues and country situations that arise in the course of events or the Council’s regular deliberations that will capture the USA’s attention.

The USA must also be ready to engage actively on genuine human rights issues that reflect the concerns and priorities of other stakeholders. There is one such issue currently before the Council which will pose particular challenges for the USA.  That is the follow up to the urgent debate at the 43rd session of the HRC in June 2020 on racially inspired human rights violations, systemic racism, police brutality and violence against peaceful protests. Hardly any country welcomes close critical examination of its own human rights record in the HRC beyond the Universal Periodic Review, which covers all UN member states. The urgent debate initiated by the African Group in June 2020 was in large part focussed on racism and police brutality in the USA. When the Trump Administration, acting outside the Council, could not prevail on other states to remove all references to the USA in the consensus resolution 43/1 adopted following the urgent debate, it treated that resolution as if it were an unsatisfactory outcome in a global beauty contest and summarily dismissed it as a reflection of the Council’s hypocrisy.

The USA must also be ready to engage actively on genuine human rights issues that reflect the concerns and priorities of other stakeholders.

The racism and police brutality that led to the urgent debate on 17 June 2020 have a long history that predated the Trump presidency, and they continue to exist beyond that presidency.  In his statement to the HRC on 24 February 2021, Secretary of State Blinken acknowledged systemic racism and economic injustice in the USA and spoke of action by President Biden to tackle their root causes.  Secretary Blinken told that Council that the USA is “eager to find a more effective and inclusive way to put ‘fighting racism’ at the top of the global human rights agenda”. As welcome as this commitment is, Secretary Blinken did not commit the USA to engage with follow-up to resolution 43/1 or the report of the High Commissioner for Human Rights under that resolution.

The USA must resist the inevitable domestic pressures to contain and minimise the reporting mandate of the High Commissioner and to turn off uncomfortable discussion in the HRC about racism and police brutality in the USA. It must also resist pressures to endeavour to have the High Commissioner’s report, scheduled for delivery to the Council at its 47th session in June 2021, placed on a shelf to gather dust, like too many other reports to the Council that are taken nowhere and change nothing.

How the USA deals with the process launched with resolution 43/1 will speak volumes about how it intends to engage with the Human Rights Council. It will go a long way to demonstrating whether in the Council the United States is, in the words of President Biden, prepared to “lead not merely by the example of [its] power but by the power of [its] example.” If the USA undercuts or seeks to terminate the Council’s discussion of racism and police brutality that was launched in June 2020, it will harm its own credibility and influence, and it will undercut its ability to roll back the increasing influence that China and other authoritarian governments were able to expand in its absence.

The poisonous lasting effects of “Trumpism” in US domestic politics will impose serious constraints on how the Biden administration can approach human rights in the UN. Nonetheless, the follow-up to resolution 43/1 need not be an exercise in American self-flagellation. The USA has often demonstrated that it can be imaginative and sophisticated in overcoming polarisation to constructively address difficult issues in the HRC. It needs to do that again by engaging with Council members and observers genuinely concerned about racism and police brutality. In this way, it can identify and promote constructive, practical and effective contributions for the Council to make to address racially discriminatory and violent practices by law enforcement agencies against Africans and people of African descent, wherever those practices take place.

As the USA looks for its own way to engage with the process established in resolution 43/1, it should actively engage and consult representatives of American civil society. In the Council it should also do what it can to ensure that civil society representatives from other countries marred by racism and police brutality can contribute to finding ways to address those affronts to human dignity in their countries.

Resolution 43/1 is about racism and police brutality in the USA and in other countries across the world. It is not about the USA or other countries. It is a resolution about human rights violations common to many countries, which recognises that those violations are carried out in many “small places, close to home.” One can reasonably expect that the High Commissioner’s report will identify many countries damaged by racism and police brutality—each in its own way. Treating the implementation of resolution 43/1 as a process to address a common problem, manifested in different ways in different countries, offers opportunities for constructive engagement to reduce racism and related police brutality globally.

Some will argue—whether in good faith or merely to score political points—that the USA should not expose itself to criticism by China, Russia and other states with very poor human rights records. They will say that doing so would undermine the influence of the USA in the HRC and beyond. However, genuine readiness to engage forthrightly about human rights shortcomings is a demonstration of strength. The persistent refusal of certain states to acknowledge and discuss their shortcomings testifies to their weakness. They have no moral power in their example.

The constructive implementation of resolution 43/1 and the recommendations of the resulting report of the High Commissioner for Human Rights should be among the top priorities of the USA as it re-engages with the Human Rights Council.

This article was originally published on The Geneva Observer on February 18, 2021.