At a time when many refugee-receiving nations have ignored their international obligation to protect those fleeing persecution, constitutionalized human rights law enables advocates to enforce those obligations in domestic courts. 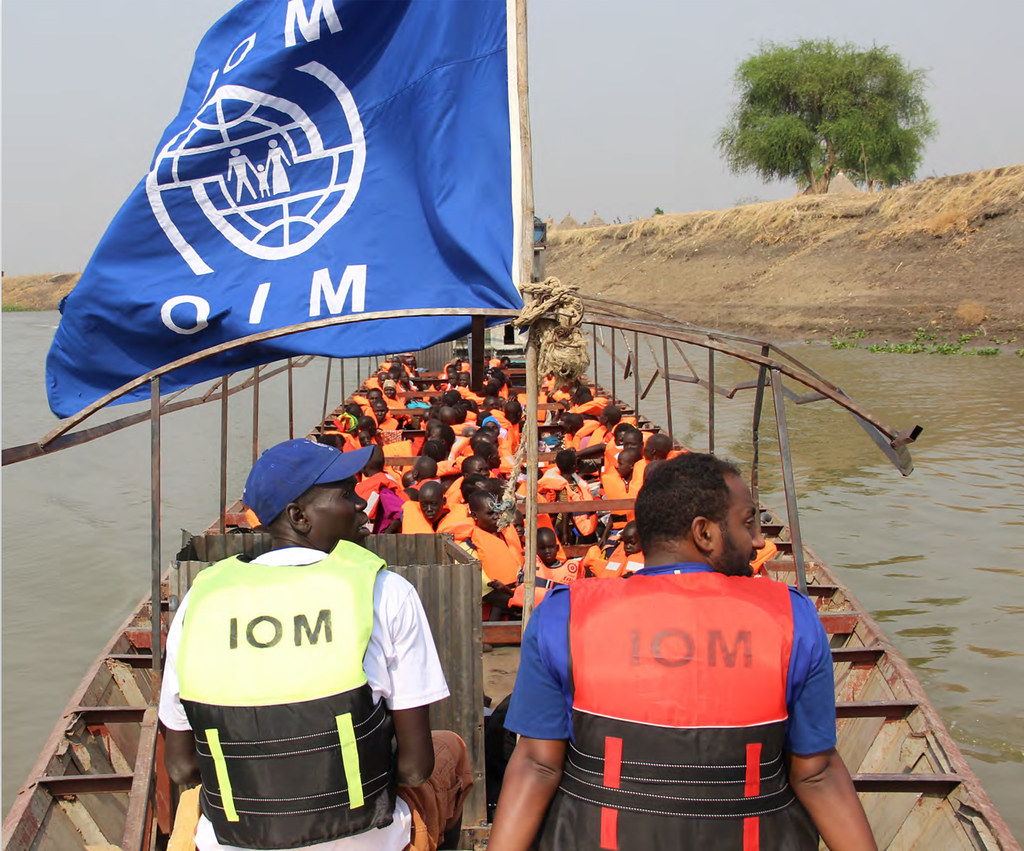 Relocation by boat in November 2014, which is the only means of transport from the Tergol/Akobo entry point in South Sudan. IOM - UN Migration/(CC BY-NC-ND 2.0)

In July 2020, according to the UNHCR, the number of refugees and asylum-seekers in the world surpassed 30 million, a number higher than the population of 187 countries. In many countries, most notably in the Global South, the migration flows reflected in this figure have overwhelmed refugee determination processes. While most media coverage focuses on refugee movements to Europe and North America, the vast majority of the world’s refugees seek protection in the Global South. Four countries in that region—Colombia, Mexico, South Africa, and Uganda—have adopted a variety of methods to protect the rights of asylum-seekers who would otherwise be left with little to no protection. And although there is no specific blueprint for such methods, the overarching theme is that advocates must adopt their approach to the underlying social, political, and legal context within which they operate. I will describe some of these approaches below.

In South Africa, refugee advocates must adapt their strategies to the reality of extreme xenophobia in law, policy, and society. They are keenly aware that their work is likely to be viewed skeptically by a post-apartheid social context in which much of the population (and many politicians and media outlets) want the state to focus on the needs of South African citizens, rather than on refugees. As such, advocates are careful to use Constitutional rights (such as the right to education and the right to work) that encompass all South Africans, and not simply asylum-seekers (most of whom are from Zimbabwe, the Democratic Republic of Congo, Somalia, Ethiopia, and Burundi). For example, one NGO is currently conducting research on how enacted amendments to South Africa’s Refugees Act restrict the rights of asylum-seekers,  particularly the right to education. The research will include analyzing methods for enforcing this right that were adopted by other countries. The result will be the development of a best practices model that could be used to advocate for policy changes within South Africa. Some of those changes are likely to improve access to quality education for all South Africans, and not only refugees and asylum-seekers.

While most media coverage focuses on refugee movements to Europe and North America, the vast majority of the world’s refugees seek protection in the Global South.

In Mexico, recent amendments to the national Constitution accorded constitutional status to international human rights treaties. This constitutionalization of human rights law has compelled refugee advocates to pursue a variety of strategies to ensure that refugees and asylum-seekers (most of whom are from Central America) receive the protections that these treaties—and now the Constitution—protect. These strategies include legislative and administrative advocacy, an active social media presence, submission of complaints to various national, regional and international human rights bodies, strategic litigation, and research on the treatment of non-citizens in the Mexican criminal justice system. The specific issues on which these groups focus include immigrant detention, health care, and housing for asylum-seekers. They also address the hazards faced by asylum-seekers from Central America and elsewhere who have been forced to remain in Mexico while their claims are being processed in the United States. All of these issues have been exacerbated by COVID-19, which has made the work of the NGOs all the more challenging. With respect to strategic litigation, most of the work has focused on access to the refugee determination process rather than to the legal standards by which asylum applications are adjudicated.

Colombia presents another fascinating case. Until very recently, Colombia was a country of net emigration rather than immigration, as many of its citizens fled from its decades-long armed conflict. In the past few years, however, large numbers of Venezuelans have crossed the border into Colombia, overwhelming its understaffed and underfunded refugee determination system. Lawyers at NGOs and law school clinics have adopted a number of practices in response, from education and outreach to strategic litigation under Colombia’s Constitution which, like the constitutions of Mexico and South Africa, contains numerous human rights provisions that are, at least in theory, applicable to non-citizens as well as citizens. One NGO from Colombia created a strategic litigation handbook for distribution to advocates in other countries

The Uganda case is set apart from the others in this group in interesting ways. The country has become something of a role model because of its prima facie recognition of refugees from South Sudan, as well as its progressive policies of refugee resettlement. While those policies have come under criticism for being less effective in practice than in theory, they nevertheless reveal an underlying political and social context less hostile to refugees and asylum-seekers than in the countries discussed above. Partly for this reason, as well as a host of difficulties pursuing strategic litigation in Uganda, advocates focus more on working with the government, through training in the applicable law, than on challenging its policies in court. One NGO is working on a comprehensive study of the refugee determination process in Uganda. It will utilize this research in determining how to advise its attorneys and clients as they navigate that process. This research is particularly significant because the written laws and regulations governing asylum in Uganda often differ from the lived experience of asylum-seekers.

A grant from the University of Minnesota Strategic Partnership Program has enabled me and my team of research assistants to engage with and learn from NGOs in each of these four countries. We have worked with these organizations as they develop and implement creative approaches to the human rights deprivations faced by refugees and asylum-seekers within each country.

These partnerships have also assisted me in my ongoing research on the constitutionalization of human rights law in these countries, which is the subject of my forthcoming book to be published by Oxford University Press. The book will analyze how lawyers in these countries—as well as the United States—utilize human rights provisions in domestic constitutions as a part of their advocacy. Such provisions carry far more weight in domestic courts than international human rights instruments. They have resulted in several court decisions upholding the human rights of non-citizens, particularly in South Africa.

Stephen Meili is the James H. Binger professor of clinical law at the University of Minnesota Law School. He has published extensively on the rights of non-citizens, particularly asylum-seekers and detainees, in comparative perspective.