There are few indications that blasphemy laws are effective in hindering discrimination, conflict, and violence; in fact, the opposite may very well be the case. 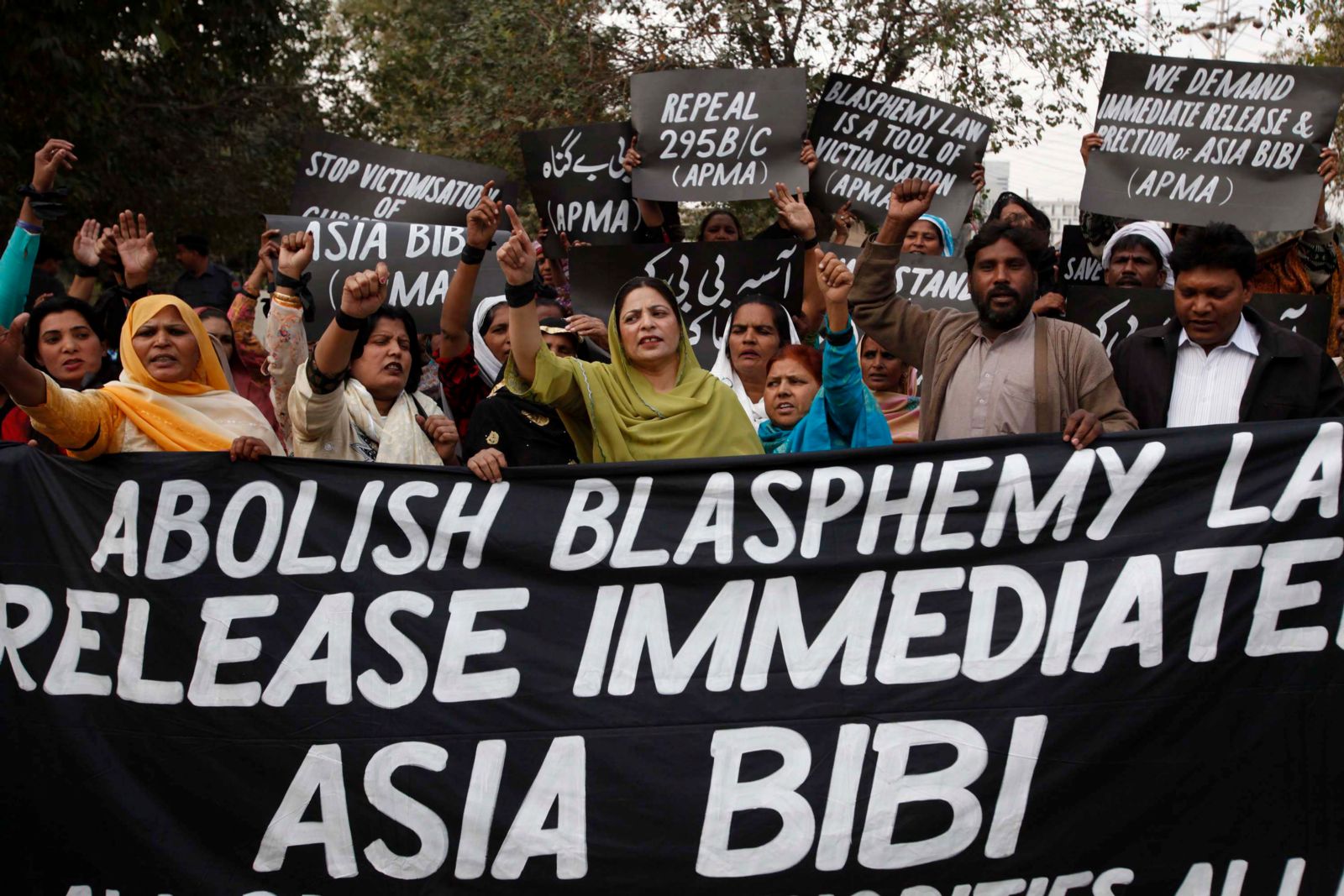 Followers of the Pakistan Minorities Alliance (APMA) participate in a demonstration to demand the release of the Pakistani Christian Asia Bibi, accused on November 8, 2010 of having insulted Muhammad in Lahore, Pakistan. EFE / Rahat Dar

The republication of the Charlie Hebdo cartoon and the brutal attacks in France have reignited discussions on the boundaries of free speech. “Defamation of the Messengers (peace be upon them) is unacceptable under any pretext [and] disparagement of the Prophet Muhammad is not freedom of expression,” says the Organisation of Islamic Cooperation (OIC) which for many years has lobbied for an international ban on blasphemy. Such restrictions on freedom of expression are, in the eyes of the OIC, necessary because defamation and disparagement can lead to societal unrest, hatred and intolerance.

In its argument for blasphemy laws, the OIC refers to a two-year-old case from the European Court of Human Rights about an Austrian woman, who was fined for saying that the Prophet Muhammad was a pedophile. The Court ruled that the fine did not constitute disproportionate interference in the woman’s right to freedom of expression, and concluded that the “facts at issue contained elements of incitement to religious intolerance.” While many European human rights experts found the ruling vague and problematic, for the OIC it was crystal clear: blasphemy laws are fully compatible with human rights.

But that was clearly not the message that the European Court of Human Rights intended to send, having reiterated that freedom of expression covered the right to communicate views that could “offend, shock or disturb.” It remains undeniable, from a human rights perspective, that blasphemy laws are deeply problematic.

First of all, criminalization of “blasphemous” expressions limits key human rights. Not only the right to freedom of expression, but also the right to freedom of religion or belief, which guarantees the right of all human beings to express themselves freely about religion or belief, even when these expressions are considered by others to be offensive and disturbing. From a human rights perspective, it is reasonable and even necessary to discuss the limits of these rights. It is, for instance, legitimate to prohibit expressions that constitute incitement to religious hatred and violence.

The vast majority of the world’s blasphemy laws are imprecise and vaguely formulated, allowing for a very broad application.

But protection of religion can never constitute a legitimate limitation. Human rights protect individuals, not abstract ideas or belief systems. Neither individual “religious feelings” nor preservation of “societal harmony” are legitimate reasons for limiting our fundamental rights. A ban on blasphemy might protect some people’s beliefs, but it will inevitably restrict the beliefs of others. This includes atheists and other non-believers, but also many others. In Malaysia, for instance, the Muslim women’s rights organization Sisters in Islam was accused of “deviation from Islam” because of the organization’s “liberal and pluralist” religious interpretations. In Pakistan, Ahmadiyyas risk blasphemy charges merely for insisting on the right to call themselves Muslim and their places of worship, mosques.

Secondly, blasphemy laws are often interpreted in ways that violate fundamental legal principles. The vast majority of the world’s blasphemy laws are imprecise and vaguely formulated, allowing for a very broad application. In many countries the laws are used to oppress political opponents and critical voices. Think of Raif Badawi, who founded a website dedicated to debating Saudi political affairs, and has now been in prison for eight years for “offending Islam.” In Mauritania, Mohammed Cheikh Mkhaitir was imprisoned for five years after having written a critical article about how Islam, in his perspective, was misused to justify caste discrimination.

Blasphemy charges are also often used as tools of revenge in personal conflicts. The well-known case of Asia Bibi is an example of this. Similarly, in Indonesia, a Buddhist woman named Meiliana was sentenced to 18 months in prison after having complained to her neighbors over noise from a nearby mosque. Religious minorities are disproportionately affected by blasphemy charges. According to the Pakistani National Commission For Justice and Peace, cases against Christians, Hindus, and Ahmadiya Muslims constitute almost half of all blasphemy cases in the country, even though these minorities only make up less than 5% of the population.

The right to freedom of expression is not—and should not be—without limitations.

The right to freedom of expression is not—and should not be—without limitations. All over the world, individuals and groups are victims of hate speech related to their religion or belief. They are entitled to protection. But a prohibition of blasphemy is not the solution. While the European Court of Human Rights may have failed to make this clear, it has been emphasized several times by the UN Human Rights Committee and the UN Special Rapporteur on Freedom of Religion or Belief, pointing instead to existing human rights standards and guidelines in determining legitimate limitations of freedom of expression. A useful tool in this regard is the Rabat Plan of Action  which outlines a concrete six-step threshold test for determining when something should be considered incitement to hatred and violence. Human rights are not meant to ensure a utopian, harmonious society where no one is hurt or offended, but they can contribute to building a democratic, pluralist society where we, in all of our diversity, can live peacefully together, even when disagreeing vehemently.