With all-too-limited resources, the ICC is falling behind in the fight against impunity. Unless drastic measures are taken, it may never catch up.

In its first 12 years, the International Criminal Court (ICC) opened investigations in eight countries—Central African Republic, Cote d’Ivoire, Democratic Republic of the Congo, Kenya, Libya, Mali, Uganda and Sudan (Darfur)—resulting in 22 cases. These investigations and cases are a good start, yet they come nowhere near to meeting demand.

In each of these countries, the ICC’s Office of the Prosecutor has more work to do to address underlying patterns of crimes, some of which will require bringing additional charges or cases.

The court is also under pressure to expand its activities to other countries. Allegations of international crimes in nine other countries—Afghanistan, Colombia, Georgia, Guinea, Honduras, Nigeria, Iraq, Palestine and Ukraine—are being examined by the prosecutor and may require new investigations.  Some of these situations have been under review for years. Victims and civil society organizations are calling on the ICC to act in other countries, such as Mexico.

Furthermore, the UN Security Council has the power to refer situations to the ICC, and has done so with Sudan (Darfur) and Libya, though it refused to refer Syria.

The reality is that the ICC’s current workload is vast; expectations are even bigger; and atrocities continue at an alarming rate around the globe with no decrease in sight.

The reality is that the ICC’s current workload is vast; expectations are even bigger; and atrocities continue at an alarming rate around the globe.

Yet, even as demand has grown, the Assembly of States Parties, the body that oversees the ICC, has scaled back on fulfilling the court’s requests for more resources. Some ICC member countries have raised concerns about the potential for spiralling costs and inefficiency in many aspects of the court’s work to justify holding back on spending. Between 2009 and 2011, a small group of the highest-contributing states called for zero-growth in the budget despite increases in the court’s activities.

As a result, the ICC has sometimes been reluctant to ask for the full resources it needs, and, even when it has, annual increases have only been partially approved. The ICC can and should do more to heighten its own performance to address its workload, and court officials have shown an increased determination to do just that. Importantly, states parties have responded by providing some limited increases in resources to the Office of the Prosecutor.

Nonetheless, the overall budget approach in recent years appears to be having a negative impact on the ICC’s ability to address crimes. The prosecutor, Fatou Bensouda, has stated that she has been obliged to scale down resources for investigations into ongoing crimes in Libya, in order to be trial ready in other cases beyond Libya. Her office has also claimed that resource constraints have delayed overdue investigations into crimes committed by all sides in Cote d’Ivoire’s 2010-2011 election violence.

If the Office of the Prosecutor is struggling to manage its current cases effectively within available resources, it is unlikely that it will be able to deal comprehensively with other situations where ICC intervention is warranted.

This capacity crisis threatens not only the ICC’s effectiveness, but also its legitimacy.

The ICC prosecutor already faces the unenviable task of choosing situations and cases to bring before the court, taking into account, among other factors, the scale and gravity of crimes that are all, by their very nature, heinous. She needs to do so with the highest degree of transparency and the strictest application of the law. Budgetary concerns can never be written out of the equation entirely; this is true of domestic jurisdictions too. But if the prosecutor lacks the resources to conduct effective investigations or her choices are driven by resource constraints—especially when a small group of mostly Western states yield the most influence over the budget—this may lead to damaging allegations against the ICC of politicization and bias. And if the ICC is unable to deal with new situations due to a lack of resources, it risks becoming obsolete. 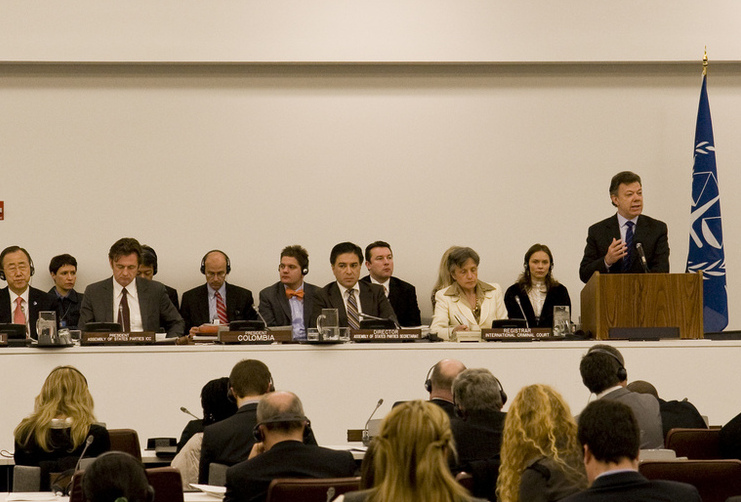 A meeting of the Assembly of States Parties to the Rome Statute of the International Criminal Court.

To be sure, the challenges posed by the vast demand for international justice go far beyond the ICC. Under what is known as the principle of complementarity, the ICC should be a court of last resort. But states parties to the ICC’s Statute are failing to fulfil their primary obligation to investigate and prosecute genocide, crimes against humanity and war crimes genuinely. This drives impunity. There is also too little recourse to other international justice tools, including the use of universal jurisdiction.  These failings need to be addressed.

But in the short term, efforts should focus on increasing the capacity of the ICC to ensure that it can conduct its existing investigations and cases effectively, and respond to impunity in other situations when necessary.

To get there, a substantial change in discourse around the ICC’s budget is urgently needed.  Although calls for zero-growth have largely subsided, the focus of current discussion remains what some states parties are willing to pay rather than the budgetary needs of the court or the global demands for international justice. States parties are considering a proposal to impose a budgetary cap on the ICC a full year in advance, limiting the possibility to base the budget on an accurate forecast of the court’s needs. It is safe to say that, if this approach is adopted, the ICC will never have sufficient resources.

Instead, the focus should be on arriving at a common view of the ICC’s optimal capacity, and then building up the court’s resources to achieve it. At the end of this year, the ICC will move into its permanent headquarters in The Hague. It is a fitting time for court officials to take a hard look at the ICC’s ideal investigative and judicial capacity. They should present to states parties a clear action plan and scalable budget forecasts to achieve that capacity as soon as possible. States parties should also send a clear signal to the court that they are willing to consider such a plan.

That is not to say that the ICC should be given unlimited funds. Nor should states parties relent on pressing the court to reform court practice, enhance budgetary transparency and strive for maximum efficiency. Indeed, if states parties get on board with an approach that focuses on increasing capacity, they will be better placed to achieve these goals. The ICC can be more efficient working at a higher capacity based on a transparent strategies, practices, and costs.

Both the ICC and states parties should come to terms with the capacity crisis or risk hobbling the court, and with it, any real chance of overcoming impunity.