Expecting new global powers to promote human rights abroad via the United Nations assumes that they will play by the old rules and - if such pressure is to be effective - that human rights factors will condition their bilateral relationships; neither is likely. 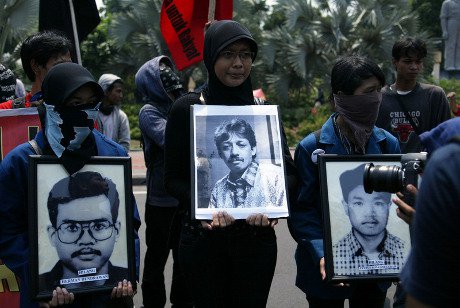 The world is changing: economic and political power is shifting from north and west to south and east; liberal democracies will increasingly share or cede global power to authoritarian regimes or emerging powers that prioritize sovereignty and non-interference over concern for human rights abroad. It would seem that for many international human rights advocates, however, these changes require no fundamental re-orientation of strategy. In the pieces they contributed to this forum, Peggy Hicks and Ken Roth of Human Rights Watch(HRW), and Salil Shetty of Amnesty International (AI) argue along similar lines. They insist that as new global powers emerge NGOs must demand of them – no less than existing powers – that they use their growing influence to pressure recalcitrant regimes to respect human rights.

In response to the obvious weakness in such a strategy - countries like China and Russia are themselves open to the charge of widespread human rights abuse, and thus can hardly be expected to wield it in good faith against others - AI and HRW argue that the democracies among the rising powers, most prominently, Brazil, India, and South Africa, must promote abroad the values they claim to be committed to at home. Their record in doing so may be disappointing, but AI and HRW argue that there are successful examples of them doing so. And they point out that, in any case, inconsistency in promoting human rights abroad is to be expected, and indeed is familiar in the record of western democracies.

They make a compelling argument. The demands of impartiality and simply clever campaigning suggest that international NGOs should make similar demands of all governments whose global power gives them influence. The fact that these NGOs have western origins and funding is further cause for them to make a greater effort to engage non-western powers, in order to demonstrate their even-handedness and to give substance to the claim of universality. And, indeed, both AI and HRW are actively pursuing strategies that will deepen their presence and engagement in and with these new powers, including through stronger linkages to civil society actors in these countries.

However, the argument is grounded in certain assumptions regarding the international system for the protection of human rights. Most notably, it assumes that as the power dynamic shifts, the rules of the game will remain largely unchanged - that is, international oversight and scrutiny of domestic human rights issues will continue in UN bodies like the Human Rights Council and the Security Council. Viewed this way, it is simply a matter of urging the new powers to increasingly sign on to an existing strategy of bringing pressure to bear via denunciatory resolutions and/or enhanced scrutiny by UN rapporteurs or investigation teams.

But what if the arrival of new powers signals not just a greater reluctance to name and shame, but outright opposition to the confrontational approach such acts signify? In other words, what if the new powers not only refuse to play the game, but set out to re-write the rules? Indeed, there is already evidence for this tendency in the UN Human Rights Council, where it is increasingly difficult to muster a majority for country-specific resolutions, and where many governments oppose in principle the use of such name and shame resolutions. Similarly, pressure continues on the system of “special procedures” (the rapporteurs and working groups) to adopt less “confrontational” tactics, such as critical reporting, and to prioritise dialogue. So too in the Security Council, where arguably the high-water mark for its willingness to take up human rights issues passed with the resolution authorising intervention in Libya. If this tendency persists, international NGOs might find their influence on UN human rights processes much diminished notwithstanding their efforts to engage with new powers.

There is a more fundamental problem with the argument about engaging new powers: it assumes that condemnation and pressure by any foreign government, acting via the UN or bilaterally, is or will remain an effective means for improving respect for human rights. The actual evidence on this point is inconclusive. It would seem that such pressure only really works where the country under scrutiny has something to gain (or lose) from the country or countries applying pressure. And this calculation may play out very differently in an increasingly multi-polar world.

Consider the record. The strategy to use foreign policy and multilateral forums to bring pressure on regimes abusing human rights found real traction for the first time in the mid-1970s and gathered pace in the 1980s, precisely at a time when western power was ascending, and Soviet power was declining. The countries that faced this new pressure from abroad – South and Central American dictatorships, apartheid South Africa, the communist regimes of Eastern Europe – withstood this pressure, or changed their policies, as the case may be, largely based on the degree to which they needed the trade, military or aid relationships with western powers that were applying the pressure.  In the 1990s, with US (and western) power largely unchallenged, and more countries thus dependent on such relationships, there was arguably much more scope to promote human rights through foreign policy and the UN. And there was indeed a dramatic increase in both the number of countries that came under one form or another of UN scrutiny, and the available mechanisms for doing so.

Further, consider the cases where pressure from foreign governments has had the most tangible impact, and conversely those cases where it has been negligible. Post-Cold War, the desire to join the European Union and/or NATO has without doubt motivated the countries of eastern, central and south-eastern Europe to pay attention to human rights concerns raised by the existing members of those alliances. Similarly, small and mid-size countries heavily dependent on aid or trade and investment have in some cases improved respect for human rights under foreign pressure. But western criticism of human rights abuse has negligible impact today on large powers like China or Russia, or medium and small powers who are not dependent on the west, for example, Iran and Sudan, or Sri Lanka and Zimbabwe. Many other examples could be cited.

Most recently, consider the case of Burma. For twenty years the military regime was routinely the subject of UN resolutions condemning its human rights record, as well as being isolated and facing sanctions applied by western powers. Yet, the regime remained largely oblivious to this foreign pressure; certainly its human rights record remained appalling. Recently, however, following a strategic decision made by the Burmese leadership to balance Chinese influence with western investment and access to world markets, it has made dramatic improvements in its human rights record to satisfy US, European and, to some extent, ASEAN demands.

In short, the moral opprobrium attached to being singled out for criticism in itself rarely brings about change. It is the fear that criticism, whether bilateral or via UN resolutions, may signal repercussions in other areas that provide the leverage. It may well be that the emerging powers will condition investment, trade, aid and political relationships with other countries on the degree to which they respect human rights. They might also shun repressive regimes by denying them membership in regional organisations. The African Union, for example, has sought to exclude the participation of governments that take power through coup d’etat or unconstitutional means. But there is no guarantee that they will do so, and certainly there is much evidence to suggest the emerging powers, even the democracies among them, will be deeply sceptical of wielding such conditionality. And this scepticism will seep into the policies of global institutions - the UN, World Bank, IMF - as the voting weight and influence of the emerging powers increases in these organisations.

Does this mean the strategy of encouraging emerging powers to promote human rights abroad is doomed to fail, and hence a wasted effort?  Not necessarily, because even if foreign concern over a country’s human rights record has little impact on the government, it can be an important means of providing support and encouragement to local civil society.  The Brazil Government’s position on human rights in Ethiopia may matter little to the Ethiopian regime, but if critical it may be an important boost to the beleaguered human rights defenders in that country. Similarly, India’s vote with western countries to criticise Sri Lanka in the UN Human Rights Council has had negligible impact on the Sri Lankan Government (that can rely on its growing economic relationship with China), but it has been important to local advocates who can use it to offset the charge that it is only the hypocritical west that raises the human rights issue.

This focus on local civil society is especially important for another reason. The rise of new powers is only one of the many momentous global shifts now under way. Dramatic gains in education, including at the secondary and post-secondary level, coupled with the exponential growth of urban populations and the diffusion of mobile access to the internet (to 5 billion people by 2020!) all point to a newly empowered and growing middle class in dozens of countries. Prominent among these will be the emerging powers: China and India, of course, but also Brazil, Indonesia, Mexico, Nigeria, South Africa, Turkey and others.

Looking ahead, it is this newly empowered middle class who will be the most important engine for change, for good or ill. Far more than the foreign policy of their governments, it is their understanding of human rights and their willingness to demand the protection of these rights both at home and abroad that will shape the future of human rights.