We would do better to deepen our understanding of human rights as a kind of reference narrative that can help to guide decision-making in the face of radical uncertainty. 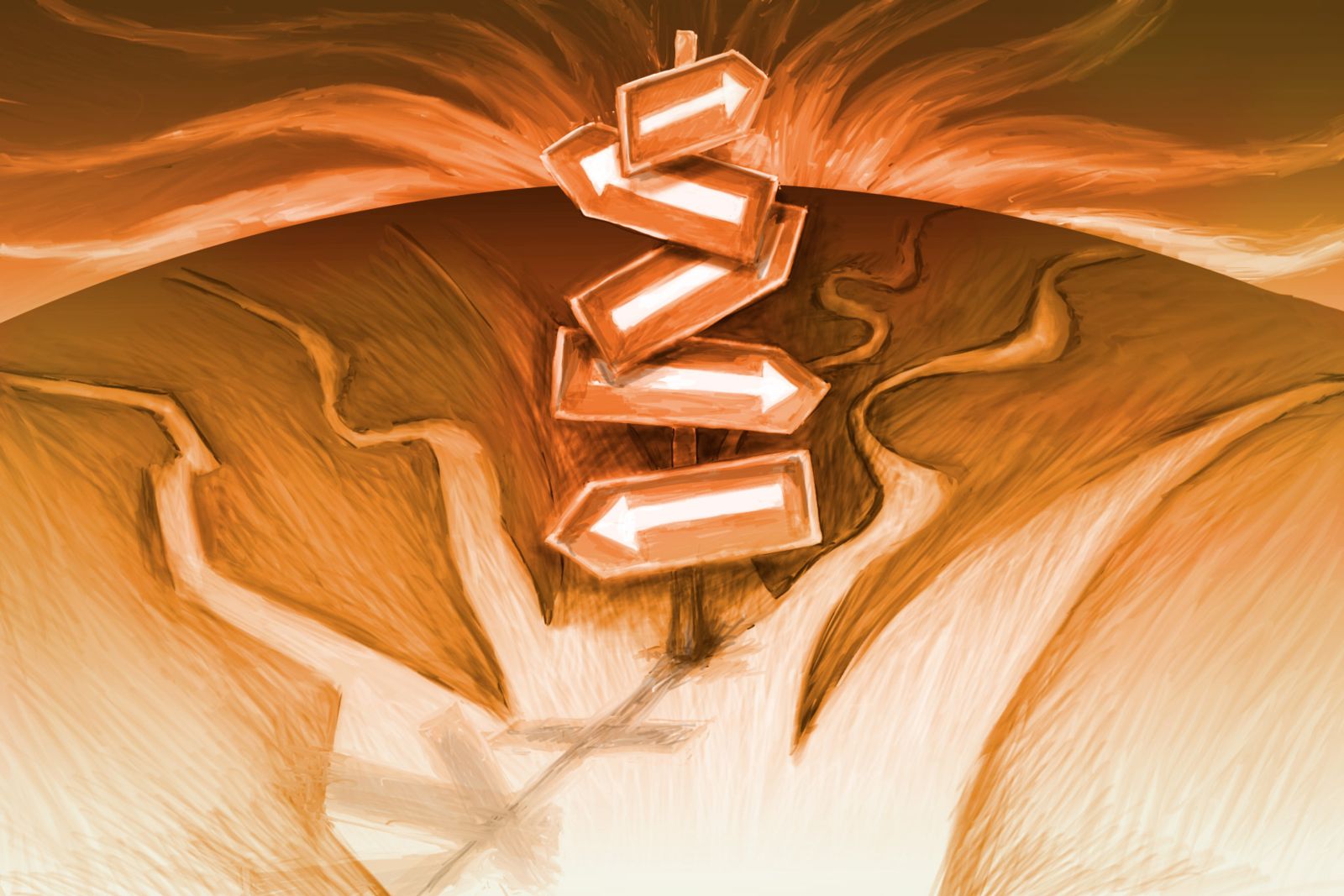 If you’re feeling apprehensive about the future, you are not alone. Today, humanity faces a continuous stream of warnings about growing existential risks. As the sense of urgency increases, so too do doubts about the adequacy of our collective ability to shape our future. Why are governments failing to protect us? And why are human rights protections seemingly inadequate?

It is particularly puzzling that humanity’s gains in knowledge and communication appear to be heightening rather than alleviating apprehension about the future. As much as science is teaching us about cause and effect, and the probabilities of various outcomes, we seem less prepared to influence and shape the future.

To make sense of what is going on here, it is helpful to look at a recent critique by economists John Kay and Mervyn King about the misuse of probabilistic reasoning in the context of radical uncertainty. According to the authors, economic theory, as developed by Knight and Keynes, used to distinguish between risk and uncertainty. For them, probabilistic reasoning could only be applied to known or knowable frequency distributions, which is what they called risk, and not to unknowable ones, which they termed uncertainty.

How and why economic theory abandoned the distinction between risk and uncertainty, or as Kay and King prefer to call it, between resolvable and radical uncertainty, has to do with the inherently subjective nature of economic behavior. In order to develop models for predicting future economic behavior, economists found it useful to assume that humans generally base their choices on rational calculations, whether they are consumers, traders, workers, or investors. While this assumption about human behavior is often patently false, many economic theorists insist that their models can nonetheless yield valuable insights.

Rediscovering the concept of radical uncertainty is useful to us for two reasons. First, it alerts us to the unreliability of applying probabilistic reasoning in contexts where the range of potential outcomes is unknowable, which implicitly carries with it a warning against assuming that free markets can adequately anticipate and price all risk. Advocating for the adoption of free market democracy as a preferred governance framework, therefore, without recognizing the vital role for some other forms of decision making, including central planning, is an invitation to disaster. This likely explains some of the growing backlash against globalization and neoliberalism.

Second, and perhaps most importantly, by recognizing the limits of probabilistic reasoning, humanity is able to better appreciate the value of other forms of decision-making beyond numbers. In particular, Kay and King describe decision-making processes that rely on what they call a reference narrative. There are times when the past simply cannot tell us what the future holds. At such times humans have learned to make use of forward-looking strategies and plans to guide and shape our efforts. A very simple example of this is Martin Luther King’s inspiration: The arc of history is long, but it bends towards justice.

There are times when the past simply cannot tell us what the future holds.

According to John Kay and Mervyn King, a reference narrative is a story that expresses our realistic expectations about the future. One way to understand how reference narratives shape outcomes is to liken them to self-fulling prophecies. This is because the very thing that complicates scientific objectivity, namely human subjectivity, has proven to be a relevant factor in influencing events. The future is more likely to turn out the way humans want if we share collective, realistic expectations about it.

What does all of this have to do with human rights?

First, we should be wary of the tendency of too readily associating the case for human rights with the case for free market capitalism and globalized neoliberalism. Human rights and democracy go hand in hand, but they do not necessarily go with economic theories that are wrongly assumed to adequately price and manage all risk. Authoritarians are already keenly exploiting the negative impacts of this association to undermine support for human rights.

Second, instead of associating human rights with economic models that exceed the limits of probabilistic reasoning, we would do better to deepen our understanding of human rights as a kind of reference narrative that can help to guide decision-making in the face of radical uncertainty.

Humans develop reference narratives in response to events that force them to confront the question of what is going on here. Over time, these narratives accumulate and become collective wisdom that may compete in a marketplace of ideas where they may be altered or replaced by new more valid ideas in a kind of evolution of human knowledge.

The challenge facing humanity today is to figure out how to adapt our shared reference narrative in a way that will make it more robust and resilient in the face of existential threats.

Implicitly, not all narratives will prove to be good for humanity, and some may carry within them harmful prejudices that can lead to destructive outcomes, like war, persecution, crimes against humanity, and genocide. Indeed, it was exactly this kind of consequence that led to the adoption of the Universal Declaration of Human Rights after World War II. In a sense, human rights can be understood as a kind of reference narrative for all of humanity—a story which is an expression of our collective realistic expectations.

The challenge facing humanity today is to figure out how to adapt our shared reference narrative in a way that will make it more robust and resilient in the face of existential threats. As a first step, the human rights narrative needs to be uncoupled from its association with free market capitalism and globalized neoliberalism. In doing so, it may become easier to see the limits of probabilistic reasoning and the false confidence it can inspire when the limits are exceeded. While this will not make the future less uncertain or eliminate all existential threats, it will give humans a better ability to respond collectively in ways that are more likely to give us some control over the shared risks we face.

Garth Meintjes is a public interest lawyer and former president of PILnet. As a lifelong human rights advocate, his focus is on teaching lawyers to think critically about how law works in society. You can follow him on Twitter: @garthmeintjes.