Five reasons why the proposal to regionalize treaty body meetings would work. 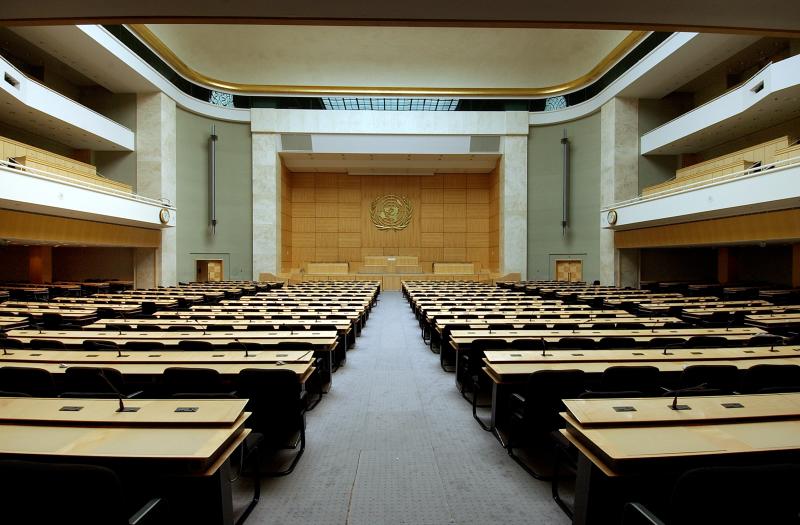 Today there is a critical need for the international human rights system, which was established to provide accountability for states, to reinforce its responsiveness and strengthen its impact. But this system has limitations.

For many people, particularly victims of human rights violations, the system is often invisible or too difficult and expensive to access. Headquartered in Geneva, Switzerland, it can appear Eurocentric and far removed from the day-to-day realities of the populations most at risk.

Location matters for the effectiveness of United Nations (UN) human rights committees. As human rights experts Christof Heyns and Willem Gravett aptly observed, states’ non-compliance with treaty bodies—the committees in charge of monitoring the human rights records of governments— is rooted, in part, by this distance.

To secure the visibility, accessibility, and legitimacy needed to better foster positive change, these bodies require innovative reforms. In 2012, Navanethem Pillay, then High Commissioner for Human Rights, published a report that raised the concern, among others, that treaty bodies were relatively unknown at the national or country level. A UN General Assembly Resolution laid out a series of steps for reforms and agreed to assess the state of the human rights treaty body system in 2020.

One proposed change was to “regionalize” treaty body meetings where country situations are reviewed and stakeholders are engaged. This proposal recognizes that “in-person interaction remains a crucial component” of the effectiveness of these bodies. Bringing treaty body experts closer to the countries, advocates, and victims would provide multiple benefits and foster positive national change to improve human rights protections.

Since the UN Secretariat is developing a consolidated review schedule for treaty bodies, it’s an opportune time to decide on periodic sessions in the regions.We believe that the Human Rights Committee, which monitors the International Covenant on Civil and Political Rights, should lead the way by piloting a regional session.

There are many benefits to this proposal. First, “regionalization” would improve the visibility and ownership of the system by civil society organizations, national human rights institutions, UN entities, and media. Regional sessions would serve to increase awareness among all stakeholders of their rights and the mechanisms available for pursuing those rights. Heightened awareness would also encourage more states to nominate experts to serve as members of treaty bodies, thus improving geographic balance by increasing representation from the Global South.

Second, regional sessions would improve treaty body accessibility for all stakeholders, including governments and victims. Direct engagement by civil society facilitates the Committee’s understanding of the contexts in which civil and political rights operate. Review sessions in Geneva have frequently been a barrier to these vital exchanges with civil society.

Third, regional sessions would contribute to more effective and relevant state party reviews. A broader range of local state officials could attend them, improving the quality of constructive dialogues between the Committee and State parties. Having a regional presence would increase the legitimacy of the Committee’s work and recommendations for change in the eyes of governments and other stakeholders.

Fourth, bringing Committee meetings outside of Geneva would increase the engagement of regional UN entities that have the ability to provide programming support directly to countries. UN country teams, composed of the various UN agencies, are major development partners that collaborate with countries and support national reforms. With heightened awareness of the Committee’s recommendations, agencies such as UNDP would be well-positioned to design and partner with governments and civil society on development programming that furthers implementation. With such engagement by UN entities, the potential for greater impact on national law, policy, and practice that promotes and protects rights would be significant.

Fifth and finally, regionalization would be cost-effective and logistically feasible. In fact, holding sessions at UN regional offices can assist in reducing financial expenditures because the daily subsistence allowance given to experts is higher in Geneva than in regional headquarter locations. Most UN Geneva staff who support the committees for a few hours per session could join virtually, as was done during the COVID-19 pandemic. Moreover, since the UN’s human rights office has offices, in the locations of UN regional headquarters, UN staff responsible for human rights capacity building would be able to directly participate in sessions and, importantly, offer follow-up support for country-level implementation of treaty body recommendations.

Some reform advocates argue for treaty body review sessions in each country, like the recently held session by the Committee on the Rights of the Child in Samoa. Nonetheless, we advocate for regional, rather than in-country, reviews for multiple reasons.

In-country reviews raise some tricky ethical issues. In particular, in certain countries, there could be reason for concern for the protection of civil society organizations and victims, the potential infringement on the independence of the Committee, and the willingness and capacity of some governments to invite the Committee to hold a session in their country. As Committees review the human rights progress of several countries per session, it is more efficient to hold the session in UN regional offices rather than in one particular country. Regional sessions at UN headquarter locations would accomplish many of the same goals of in-country sessions without pressuring individual states to create the infrastructure for hosting a Committee session.

Opposition to this proposal might come from those inside or outside the system. Changing the way things are done is often challenging when institutional habits and vested interests have developed over many decades and are connected to holding sessions in Geneva. Some might assert that committees do not have sufficient experience in holding sessions in different regions; however, many crucial UN meetings involving numerous countries have been held successfully in regional locations.

Others might be concerned that some countries would not favor regional meetings, although this has not been tested and states, moreover, were consulted in the 2020 review process which recommended regional reviews. In addition, Geneva would continue to host two out of three sessions per year of the Human Rights Committee and other treaty bodies. In light of the potential pushback, government and civil society advocacy is needed now to promote this change.

In sum, “regionalization” of treaty body sessions would enhance the universality of the system and the inclusion of global voices. By instituting regional sessions, treaty bodies would engage in innovative reform that would contribute to bringing human rights protections closer to those they are committed to serve. Without making meaningful improvements such as this, treaty bodies risk reducing their relevance and potential for tangible impacts for rights-holders.

This article was drafted with research support from Erica Paul.