A research study recently confirmed that some torture prevention works, but only with the right combination of factors.

In a world that now more openly acknowledges the global risk of torture and other ill treatment, state forces and other actors continue to question its absolute prohibition and still attempt to justify its use. Many organizations and governments have taken laudable steps, over the last thirty years, to prevent all abuses in detention but independent evidence of their impact was lacking. Although torture has been the object of numerous studies, none has looked at which measures have the greatest effect in reducing the risk of torture, if at all. In 2012, the Association for the Prevention of Torture (APT) commissioned an independent academic global research project to address this big question: does torture prevention work?

In July 2016, Dr. Richard Carver and Dr. Lisa Handley published the results of their research. The study of 16 countries over a 30-year period (1985-2014) uses a new methodology developed by the authors, combining both quantitative and qualitative methods to assess the impact of torture prevention measures. The study analyses more than 60 preventive measures and identifies which of them have a particular effect on the occurrence of torture. The global conclusion of the research is that, yes torture prevention works, and that some measures are more effective than others in reducing the risk of torture.

The four-year multi-country research project, although commissioned by the APT, was conducted in full independence by the two main authors. The 60 “independent variables” based on legal obligations contained in relevant international or regional treaties and recommendations were divided into four main groups: 1) detention; 2) prosecution; 3) monitoring; and 4) complaints mechanisms.

The main authors also developed a new index to measure the incidence of torture: the Carver-Handley Torture Score (CHATS). The scores were compiled by using a variety of sources (including reports from national and international bodies and organisations, official and unofficial statistics and extensive interviews) and measured the frequency, the geographical spread (whether torture is generalised or occurs in one particular region or area) and the severity of torture.

Detention safeguards in practice have the highest torture prevention impact.

Finally, the authors also considered in their analysis the impact of the broader political environment on the incidence of torture (namely three environmental factors as “control variables”: the level of democracy, the presence of conflict, and the degree of economic development).

Overall, the study found a significant gap between law and practice—especially with respect to detention safeguards and investigation and prosecution of torturers. While stressing this gap and the need to bridge it in order to ensure that legal reforms are followed by positive developments in practice, the authors found that “the extent of this gap is determined by a number of factors, among which the political environment is one of the more important” (p. 48).

The study did not seek to evaluate the effectiveness of monitoring bodies under the Optional Protocol to the Convention against Torture (OPCAT). Only two of the countries in the study had an operational National Preventive Mechanism in place during part of the period covered by the research. The findings, however, demonstrate that monitoring bodies have a clear effect on reducing torture. Conversely, a lack of public oversight and absence of independent monitoring contributes to the prevalence of torture. Dr. Carver has since pointed out that the indirect effect of monitoring probably is under-estimated in the study.

Finally, the research found that training had a positive impact in all areas (detention, prosecution, monitoring and complaints mechanisms) and the authors concluded that training should be targeted at improving professional skills and be included, for example, in the curriculum of police academies. 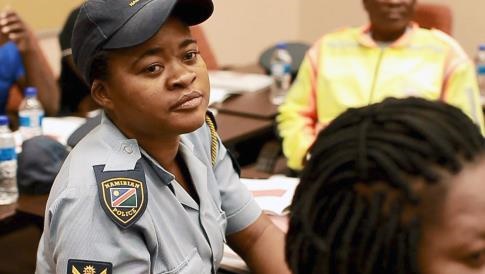 The study confirmed that training, including of the police, had a positive impact and should be targeted at improving professional skills.

According to the research, when detention safeguards are applied in practice, this has the highest correlation with the reduction of torture. Among all measures, abstaining from unofficial detention and the implementation of safeguards in the first hours and days after arrest are the most important means for preventing torture.

The study confirmed that the practices of unofficial detention—often used to hold detainees incommunicado—and secret detention constitute the highest risk situation as their purpose or effect is to place the person outside the protection of the law. In the case of Turkey, for example, the research emphasised how the strengthening of detention safeguards perversely led to the use of unofficial detention, increasing the risk of torture. In Kyrgyzstan, poor regulation and lack of oversight mean that suspects may be detained incommunicado for hours or days in unofficial locations (such as private or police vehicles, private apartments, or abandoned factories) before their detention is officially registered.

In addition, the research statistics, as well as most country chapters, found that an over-reliance on confession-based evidence in criminal cases provides one of the main incentives for law enforcement officials to use torture. The pressure for results within the police—promoted by the need to implement “tough on crime” policies (e.g. Hungary, Argentina)—constitutes another incentive to extract forced confessions. This includes performance indicators or rewards, including monetary rewards, for rapid processing of cases.

In a more positive light, the development of alternative methods of investigation, moving away from relying on confessions, contributes to preventing torture. This includes the adoption of a new approach to investigative interviewing rather than interrogating (e.g. UK, Norway) and investment in modern techniques of crime detection.

Torture prevention is a shared responsibility. To ensure that the various findings and conclusions of the research are implemented in practice and that torture and other ill treatment are never used nor justified, no matter what the circumstances, many other actors play an important role. The main responsibility lies with the different state institutions, as the state is the primary bearer of the duty to prevent torture. Political will is essential to produce concrete change and reforms and to ensure the adoption of coherent policies and strategies to prevent torture. Independent oversight over public policies and practices is key. The media must also recognize its role in influencing public opinion, considering the fact that significant proportions of society in many countries still accept torture.

This research, however, should give advocates hope: the study shows that the risk of torture can largely be eliminated when detention safeguards, an effective investigation mechanism and independent custody monitoring operate in concert, provided each part of this framework receives adequate resources.

Mark Thomson is the Secretary General for the Association for the Prevention of Torture. He has 30 years of experience with international development and human rights NGOs and has given presentations and training on human rights and the prevention of torture in all regions of the world.