If the UN Secretary-General is serious that COVID-19 is a “wake-up call” for a multi-lateral response to such crises, he should start by giving cholera victims in #Haiti the justice they deserve. 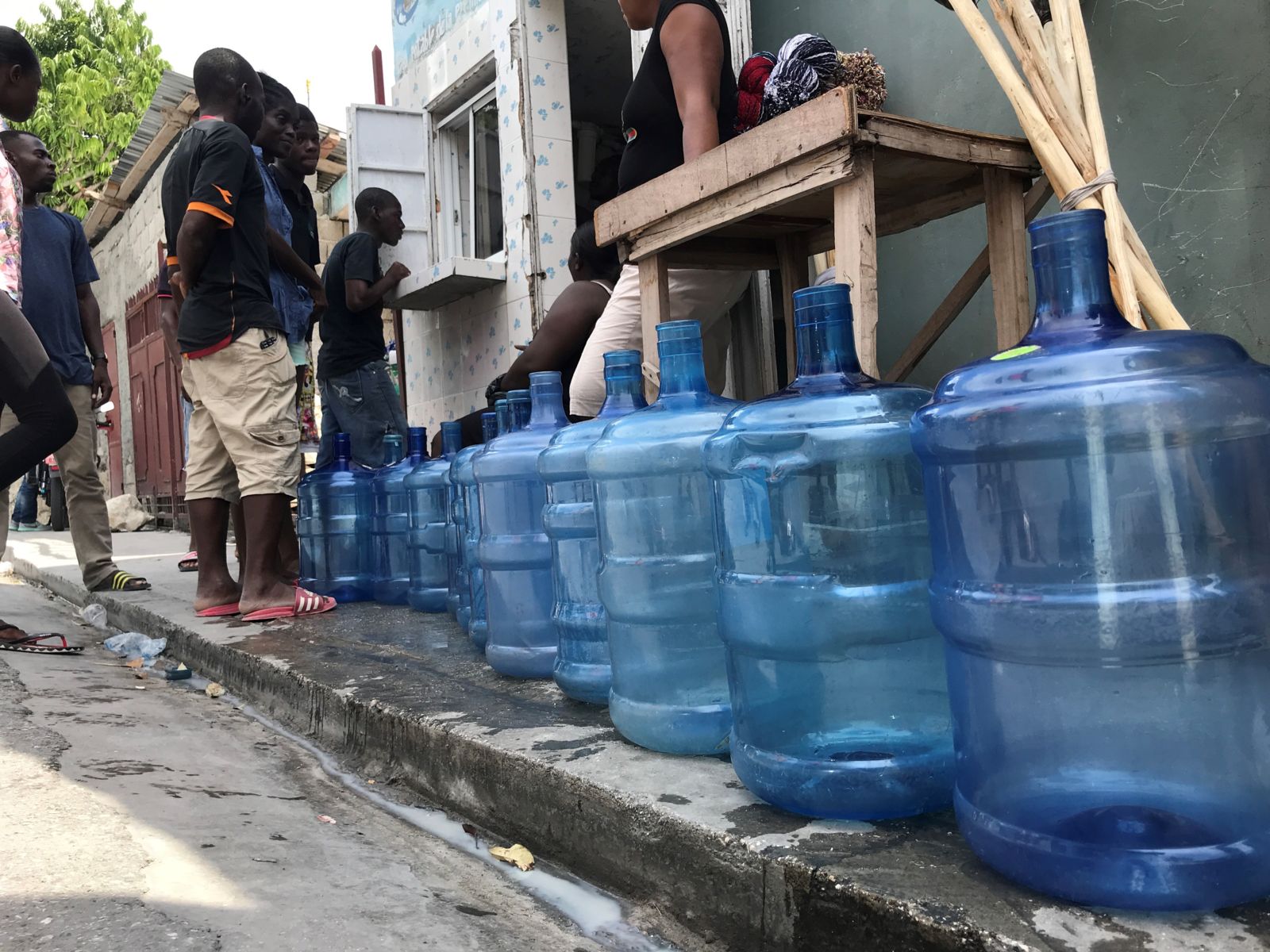 If UN Secretary-General António Guterres is serious about his clarion call for “a strong, coordinated and coherent multilateral response” to COVID-19 that is based on solidarity, he should start by keeping his promises to victims of the UN-caused cholera epidemic in Haiti. Providing cholera victims the justice they have sought for a decade would restore the credibility the UN needs to lead the fight against COVID-19, and set an example of an effective human rights-based response to global health threats.

Cholera broke out in Haiti in 2010 as a result of the reckless disposal of contaminated waste from a UN base into Haiti’s largest river system. Unlike COVID-19, cholera is easily preventable with clean water. But Haiti’s epidemic has killed more than 10,000 people and sickened over 800,000—a per capita infection rate that exceeds the confirmed prevalence of COVID-19 in any country to date.

The UN responded to the epidemic by withholding information, denying its obvious responsibility and blaming victims for their poverty-generated underlying vulnerability to the disease—a template now being used by some governments in unsuccessful COVID-19 responses. The UN also refused to provide the victims a fair hearing on their claims for justice, in violation of international law. In 2016, the Special Rapporteur on extreme poverty and human rights, Phillip Alston, called this response “morally unconscionable, legally indefensible and politically self-defeating.” Later that year, facing an extraordinary mobilization by the victims and their allies, the UN issued an unprecedented public apology and announced a “new approach” that was to “place victims at the center” and deliver a concrete expression of the UN’s regret through material assistance for victims.

But three and a half years on, the UN has raised only 5% of the $400 million it sought to deliver by the end of 2018. No victims have been compensated, as the UN has prioritized a smattering of modest infrastructure projects. The organization has systematically excluded organized victim groups from participating in decision-making, preferring a consultation process carefully designed to sideline victims’ perspectives on core decisions such as what form remedies should take. Without an inclusive process or independent mechanism to decide remedies, victims have had no way to enforce the promises made in 2016. Instead, their fulfillment becomes a matter of charity rather than justice, determined by politics rather than international law.

Haiti’s epidemic has killed more than 10,000 people and sickened over 800,000—a per capita infection rate that exceeds the confirmed prevalence of COVID-19 in any country to date.

Earlier this year, our organizations filed a complaint with the UN Human Rights Council’s special procedures, asking the Organization’s independent experts to investigate the inadequacies and broken promises in the UN’s response to cholera that amount to violations of the right to effective remedy. Seeing the clear injustice, fourteen UN experts issued a highly critical letter that denounced the UN’s continued violation of the victims’ rights and insisted that the Organization respect its obligations. The experts stressed that “effective remedies is even more urgent in light of the COVID-19 pandemic,” which could deal a double blow to the victims and their families. They acknowledged the challenges that the Coronavirus virus poses to the UN but insisted that “this new threat cannot mask past failures and ongoing violations.”

The Secretary-General’s recent response was a model for how to ignore UN human rights experts rather than for the principled, multilateral approach he advocates for COVID-19. Mr. Guterres refused to even address the serious human rights allegations raised by the experts, and changed the subject to efforts to tackle the epidemic. National leaders facing scrutiny by the Secretary-General’s experts will now feel confident ignoring them too.  In Mr. Alston’s words, Mr. Guterres’ response constitutes a “shocking abdication of responsibility” at a time when the world needs the Secretary-General’s principled leadership.

The UN must urgently reverse course. To restore the credibility it needs to take on COVID-19, Mr. Guterres must keep the promises of a human rights-based response to cholera in Haiti that places victims at the center. The UN must fulfill its legal obligations to compensate victims, and deliver the water and sanitation infrastructure that will fully eliminate cholera and help prevent COVID-19 transmission.

These are bold steps that require courage. They obligate the Secretary-General to side with his own human rights experts against the “extraordinary internal campaign” waged by the UN’s lawyers against accountability. They also require skillful diplomacy to remind key member states of the UN’s “collective responsibility to deliver” in response to UN-caused harms.

In his response, Secretary-General Guterres wrote that he “shares [their] frustration that more funding for victims has not been forthcoming,” and pledged to continue funding appeals. But as the UN experts pointed out, “asking UN Member States to make a charitable contribution is entirely different from payments linked to a legal obligation.” After years of limited success approaching the cholera response as charity, Secretary-General Guterres must treat it as a matter of justice. He should commit to funding remedies through member dues, as envisioned in the legal framework governing UN liabilities, and as the UN did for the Ebola response in West Africa. The international response to COVID-19 has “exploded the myth” that resources cannot be found to respond to basic needs and rights in an epidemic, and the same principle should be applied here, where the UN itself is responsible for the harm caused.

Exercising this courage now is more critical than ever. As the Secretary-General faces broader criticism that he is retreating from human rights and discouraging staff from protesting against racism, delivering remedies for cholera would confirm that the UN still believes human rights are a priority.

It would also establish a model for a human rights response to pandemics for the global response to COVID-19. Such a model could go a long way as the UN struggles to mobilize global solidarity and ensure an equitable response to the pandemic. Recently, the world registered the highest number of daily cases to date, and much of the surge is now in developing countries like Haiti that have far fewer resources to respond. While the Pan-American Health Organization has been urging countries in the region to accelerate their preparation for COVID-19, contradictory national responses to the pandemic facilitate the virus’ continued spread.

When the Secretary-General noted that we need “a strong, coordinated and coherent multilateral response,” he was speaking of COVID-19 the way Haitians have spoken of the UN-caused cholera epidemic for a decade. Mr. Guterres should listen to them, and mount a just, equitable and effective response to the cholera epidemic in Haiti as a critical step in meeting the COVID-19 pandemic’s challenge.

Beatrice Lindstrom is a US-based clinical instructor and lecturer on law in the Human Rights Program at  Harvard Law School. She was previously Legal Director at the Institute for Justice & Democracy in Haiti (IJDH), and served as a legal fellow at the Bureau des Avocats Internationaux (BAI) in Haiti.

Mario Joseph is the managing attorney of the Bureau des Avocats Internationaux (BAI), a human rights law firm in Port-au-Prince, which helps victims prosecute human rights cases, trains Haitian lawyers, and speaks out on justice issues. He has co-managed and managed the BAI since 1996 and has practiced human rights and criminal law since 1993.

Brian Concannon is the executive director of the US-based Project Blueprint, which advocates for a progressive, human rights-based US foreign policy, and Board Member of the Institute for Justice & Democracy in Haiti (IJDH). He previously served as Executive Director of IJDH, co-Managing Attorney of the Bureau des Avocats Internationaux (BAI) and as a UN Human Rights Officer in Haiti.