The economic crisis from the pandemic could bring solutions from the global South into global North cities that are less accustomed to confronting such issues. 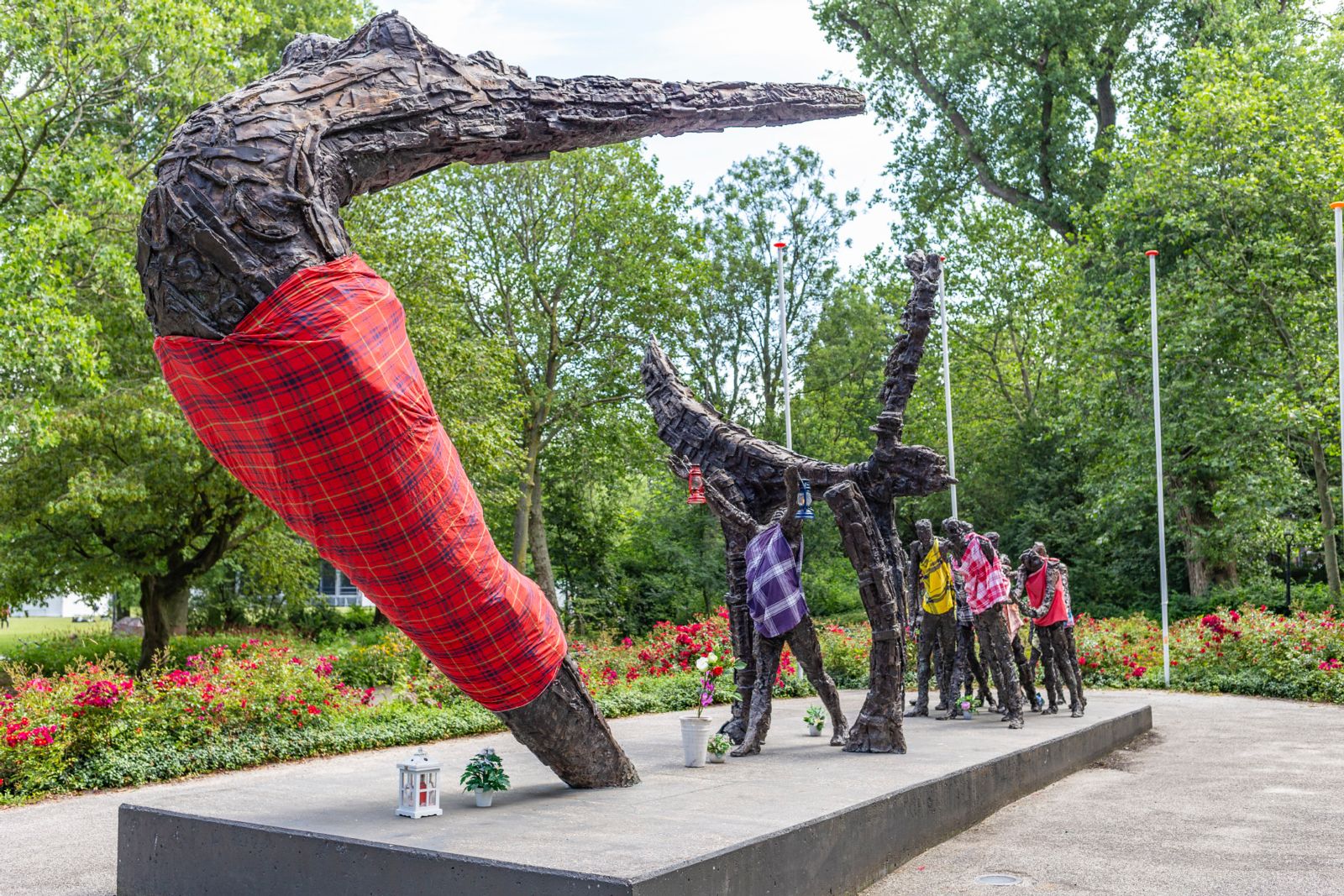 The National Slavery Monument, which commemorates the abolition of slavery in the Netherlands in 1863, was unveiled on 1 July 2002 in Oosterpark in Amesterdam. In 2016, the local government of Amsterdam launched the Amsterdam Human Rights Agenda, which declares Amsterdam a human rights city, stating “a human rights city is a city that explicitly refers to the Universal Declaration of Human Rights and the European Charter in their local social policies”. The agenda, however, has no legal implications.

The global emergency of COVID-19 has highlighted myriad inequalities and perplexities throughout the world. One of these has been the role a number of mayors and governors have played to promote principles based on science and international cooperation, against the actions of the national leaders in their countries. Local leaders, from New York to Gwangju, and Kerala to São Paulo, have contrasted in their response to national policies, but in some cases have also directly and vocally confronted the central power.

Two factors give hope to those of us who defend principles of human dignity as a navigation chart for local and global interaction. First, the fact that this local protagonism has defended what several national leaders have denigrated and attacked: cosmopolitanism, solidarity, international cooperation, and rights-based responses. Second, a rather heterogeneous group of cities and regions have both the possibility to connect between themselves, as well as the capacity to attract new voices and energy to debates on the re-localization of human rights.

The case of the relationship between cities and human rights is not new; in fact, it is well-established. In a previous post in this space, Annabel Short presented this relationship persuasively. Thinking of human rights in the city and for the city is, to start with, logical: in just thirty years, two-thirds of the world’s population will live in urban centers. As the UN Human Rights Council has acknowledged: “local authorities are close to citizens’ every day needs and deal with human rights issues on [an] everyday basis.”

There is a growing number of cities that are localizing human rights and norms. In 1997, Rosario, Argentina became the first city to profile itself as the world’s first “human rights city”, later joined by Amsterdam. For its part, since 2011 Gwangju, South Korea has hosted the World Human Rights Cities Forum. Other large urban areas already acknowledge the importance of human rights advocacy within their structures by investing in offices dedicated to the promotion and enforcement of such critical human rights norms as non-discrimination. Once such office is the Human Rights Commission of Mexico City, which has an exclusive staff of 700 people and an annual budget of USD 20 million. This is two times the regular annual budget of the Inter-American Commission on Human Rights, which promotes rights throughout the Americas.

In just thirty years, two-thirds of the world’s population will live in urban centers.

Cities are also increasingly playing an active role in constructing and safeguarding national and international norms. With the increase in city diplomacy on a global scale, there has also been an increase in the number of city networks working on myriad transnational initiatives ranging from climate change to human rights and immigration policies.

Complementarily, in a novel example of transnational diplomacy on human rights, the city of Amsterdam is considering issuing an official apology for slavery in Suriname. In the seventeenth century, Amsterdam directly controlled the former colony. The city acknowledges it still benefits from its role in the trans-Atlantic slave trade centuries ago, and is framing this potential apology as a form of reparation.

But as the emerging field of critical urban cosmopolitanism has shown, rapid urbanization brings its own sets of challenges, and concepts such as diversity and urban cosmopolitanism can have multiple meanings. As the recent events in the US show, many urban centers face problems of racial and economic segregation. Corporate influence within cities is also common practice across the world.

If local governments and citizens organized around their cities want to avoid repeating the errors and weaknesses of the existing system of governance, they must take into account three aspects. First, human rights consciousness has broad borders and cannot remain within city walls or in city to city relationships. The decisions cities make have direct consequences in communities across the world, often in rural communities in global South countries—from the impact of the guacamole we enjoy for Sunday brunch on deforestation of native Mexican forests, to the question of the final disposal of garbage. Inter-city networks can easily forget these problems, as the majority of cities tend to have similar dependencies.

Second, urban centers should be both global citizens and good neighbors, especially with the pandemic producing dramatic disruptions in the global supply change, and cities are seeking to localize production to better procure their basic needs. These urban-rural connections are also essential to avoid deepening serious breakdowns in democracy and rights that currently exist in many countries. For example, ideological polarization between rural and urban areas, and rampant inequality in access to rights and basic services between the countryside and cities, exists in nearly all regions of the world.

Finally, investing in horizontal solidarity and not repeating the hierarchical model of nation-states or political bi-polarities is not only morally necessary, but also strategic. Crosscutting lessons about concrete solutions are vital for the protection of human rights. This is something states have developed very little, as they have generally adopted a defensive position regarding proposing solutions to human rights problems.

The economic crisis the pandemic causes could give way to an exchange of solutions from the global South that can be used in cities from northern countries that are less accustomed to confronting serious economic crises. Citizens of the global North, who have enjoyed more stable democracies, could also adopt lessons from other areas where they have had to develop creative solutions to confront authoritarianism. Good examples of ways to organize to exercise social protest during times of quarantine and police violence are those used in Hong Kong, or the Brazilian pot-banging protests.

Nation states will obviously continue to have enormous power in the international arena and in implementing human rights. National authorities have the power to print money, direct international policy, and make laws, including those pushing out the preferences and interests of local authorities. But the articulation of urban centers—between one another and with the rural areas with which they coexist and depend—can lead to a more fluid idea of sovereignty that better adapts to the needs of new citizenries.