The Hong Kong protest movement has long given up hope that Hong Kong’s rule of law can be protected with judicial means only. 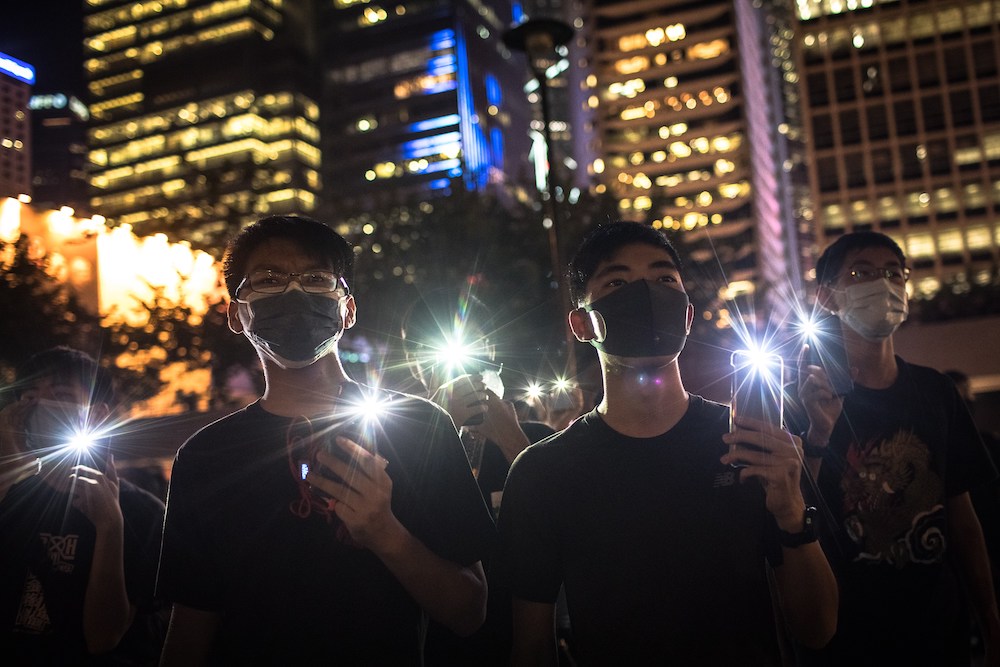 Hong Kong is in a deep political crisis, and at the heart of this crisis is a battle about human rights, democracy, and the rule of law. In June 2019, two million Hong Kong citizens (a quarter of the population) peacefully demonstrated against a bill that would have legalized the extradition of suspects into the People’s Republic of China’s notorious criminal justice system. Even though the Hong Kong government withdrew the bill at the end of October, there appeared to be no end in sight for the demonstrations. The coronavirus virus soon changed that scenario, as a combination of government action to address it and citizen' anxiety created a substantial lull in protest activity. The current protests build on the aborted 2014 Umbrella Movement, which had aimed to achieve a gradual democratization of Hong Kong. On this front, concessions remain highly unlikely, even though democratization was promised in China’s 1984 treaty with the United Kingdom, and the Hong Kong Basic Law was enacted on this basis.

While Hong Kong’s legal system is essentially liberal, it falls under the control of the authoritarian Chinese party-state. Prior to the handover of Hong Kong from the UK to China, Beijing promised a “one country – two systems” principle, but this principle is now under threat. Xi Jinping, the general secretary of the Chinese Communist Party, is determined not to lose political control over Hong Kong. Such a development would threaten his hold on power, and he will do anything to prevent that from happening. On 14 November 2019, he indicated that the continuation of the one country – two systems principle was not guaranteed, claiming that it was the protestors who undermined it. How far will Xi go to secure his control over Hong Kong?

In the months since the demonstrations began, the Hong Kong police have repeatedly used excessive force, while young protestors—operating without visible organization—have developed an increasingly flexible and unpredictable protest repertoire. Last November saw an escalation in violence and the Hong Kong Polytechnic University came under a full-blown siege. Attempts at de-escalation were hindered by the lack of leadership within the protest movement, the absence of democratic structures, and the limited real decision-making power of the Hong Kong government. The pro-democracy political wing won a landslide victory on 24 November, confirming the deep unpopularity of Carrie Lam’s administration and the Chinese mainland. But considering the very limited role of district councils, they have not changed the actual balance of power.

Under the Basic Law, the Beijing-controlled Hong Kong government could ​“request” assistance from the mainland’s paramilitary police. Beijing could even order the People’s Liberation Army—which was already involved in clean-up operations—to crush protests in Hong Kong. Critical observers fear a deliberate decision was made to let Hong Kong ​“burn” in order to justify a violent crackdown. Even so, the Chinese central authorities would prefer more covert forms of political repression that are much harder for international human rights organizations to track.

The ICCPR sets important limits to human rights restrictions in emergencies and imposes stringent requirements for the proclamation of a state of emergency, must not be violated. But who can enforce those rules?

A further possibility would be the declaration of a state of emergency. This would risk the disintegration of the city’s prized rule of law through the temporary application of ​“relevant” mainland laws—leading to a further shrinking of space for Hong Kong’s civil society. The central authorities are already pushing Hong Kong to introduce new “national security” legislation in accordance with Article 23 of the Basic Law, which could undermine human rights, as could problematic uses of colonial-era emergency legislation.  All of these scenarios engage Hong Kong’s obligations under legislation incorporating the International Covenant on Civil and Political Rights (ICCPR). The ICCPR sets important limits to human rights restrictions in emergencies and imposes stringent requirements for the proclamation of a state of emergency, must not be violated. But who can enforce those rules?

The Hong Kong judiciary continues to make important decisions, including the High Court decision on the unconstitutionality of a ban on face masks. After the appeal hearings in January 2020, the decision in this case is pending. But the wider question of whether the Hong Kong courts can limit the erosion of fundamental rights remains very much in doubt. In a concerning reaction to the High Court’s decision , the Legislative Affairs Commission of the National People’s Congress Standing Committee opined last November that ​“whether laws created by the Special Administrative Region conform to standards set in the Hong Kong Basic Law can be judged and decided only by the National People’s Congress Standing Committee. No other organ has the authority to make a judgment and decision.” The central authorities in Beijing are apparently trying to strip Hong Kong’s to-date autonomous judiciary of the power to interpret the Hong Kong Basic Law. This is in direct contradiction with both Article 158 of the Basic Law and case law on this provision, which has arguably reduced, but certainly not annihilated the High Court’s powers of interpretation.

The central authorities in Beijing are apparently trying to strip Hong Kong’s to-date autonomous judiciary of the power to interpret the Hong Kong Basic Law.

The protest movement will defend its case in court when forced to do so, as in the trials of the “Occupy” protesters, the upcoming appeal hearing of one of them, Benny Tai, and the upcoming trials of some of those involved in the 2019 protests. But it has long given up hope that Hong Kong’s rule of law can be protected with judicial means only. By taking their resistance against the encroachment of rights onto the streets, Hong Kong’s protesters have raised the political stakes for all stakeholders, including governments abroad. Their calls for support from democratic foreign countries have resulted in the US Hong Kong Human Rights and Democracy Act, but apart from that have yet to be answered. The European Union (EU) has so far avoided a clear stance in favour of the peaceful protesters and their demand for democracy, although the EU High Representative Joseph Borell at least emphasised the human rights implications of the crisis in his visit last December. Also, as EU-based “Magnitsky legislation” is now underway, that would allow the EU to impose travel bans and other sanctions on Hong Kong officials. It is unclear what, if any, impact the coronavirus crisis will have on all these initiatives.

The wider lessons to be learned from the Hong Kong experience are twofold:

Secondly, China’s growing international influence raises serious concerns for all who value human rights. The arm of the party state is much longer than Hong Kong, as the recent case of a Chinese student at University of Minnesota jailed for tweets made while in the US illustrates. Human rights scholars and activists should make a greater effort to investigate the neo-totalitarian and increasingly global reach of the Chinese party-state, expose its violations of the law, and improve our understanding of human rights activism, political protest, and the right of resistance.

Eva Pils is a professor of Law at King’s College London (UK) and an affiliated scholar at the NYU US-Asia Law Institute. She teaches human rights law.