Under the guise of containing the pandemic, government-sanctioned violations of women’s rights in maternal care may quickly become the norm. 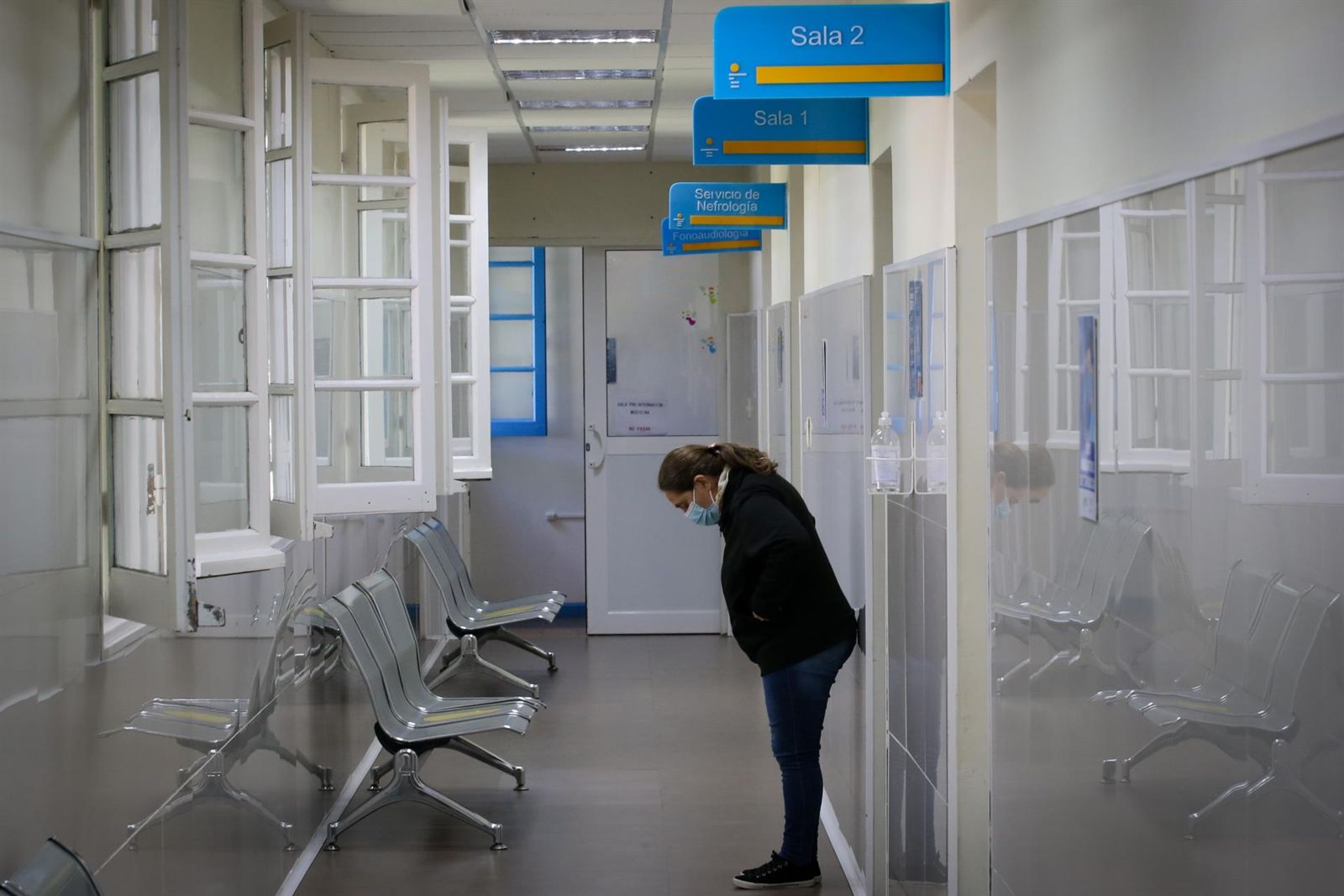 A woman waits in a corridor in the Intermediate Care area of ​​the Rivera Public Hospital, in Rivera (Uruguay). EFE / Raúl Martínez / Archive

In March 2020, the Uruguayan government declared a state of emergency and implemented a set of actions to prevent COVID-19 from expanding throughout the country. However, some of these provisions, especially the ones adopted by private and public health care providers, had a great negative impact on Uruguayan women and their maternal care quality such as the lack of face-to-face medical checkups and the prohibition of having a birth companion during birth or a C-section.

Situations like these were reported all over the world, as it was shown by The International Confederation of Midwives, which expressed concern about the introduction of inappropriate protocols for the management of pregnancy, birth, and postnatal care in response to the COVID-19 pandemic around the world. Some of these protocols, which violate the human rights of women, their babies, and their midwives, are not based on current reputable evidence and are harmful to women and their babies.

In a public statement made in response to these protocols, several organizations expressed  concern about: “the increase of instances where the person who accompanies women in labour is forbidden or blocked in caesarean sections, fetal scans or medical checkups; as well as  growing verbal mistreatment and hostility, from contemptuous comments to power abuse towards pregnant women, the person who provides emotional support for them, and even children from their families in occasional cases.”

During 2021, despite the efforts from activist groups and human rights defenders, violations of pregnant women are still frequently reported in Uruguay, as it was stated by the organization Gestar Derechos (Breed Rights) at the Humans Rights Commission of the Uruguayan Parliament.

Experts in these matters pointed out that the  pandemic has dramatically altered maternal newborn health (MNH) care delivery. According to the Oxford Human Rights Hub, “different methods are being used to tackle the pandemic around the world. The responses show that, despite current evidence and WHO guidelines, in a crisis, structural violations of women’s rights may quickly become the norm, justified as necessary to contain the epidemic.” Some of these include: women being denied the right to a companion or visitors during labor and birth, women increasingly being subjected to (forced) inductions and caesarean sections with no obstetric indication, and women being separated from their infants, among others.

In the United States, the responsibility of government leaders is to assure that resource constraints do not lead to inferior standards of care and human rights abuses in maternal health care settings. This was stated by the Center for Reproductive Rights, as “some institutions were implementing policies that conflict with human rights principles and guidance from the World Health Organization, such as prohibiting patients in labor from choosing a support person to accompany them and separating newborns from mothers infected with COVID-19. These, along with inductions of labor, birth interventions, and early hospital discharges”.

According to experts in humanized childbirth, these kinds of measures have been also implemented in many Latin American countries as well as Spain. In their opinion, these procedures are not only disrespectful to human dignity by denying women’s rights, but they are not based on evidence either. Sadler et al. stated: “Worse, they are causing harm, stress and fear, as many pregnant women are not only afraid of contracting COVID, but also of being coerced into unnecessary obstetric interventions, or separated from their partners and newborns during and after labour. All these are likely to cause long impact effects on maternal and infant mental health”.

What happens in Uruguay

World Health Organization says all pregnant women, including those with confirmed or suspected COVID-19 infections, have the right to a safe and positive childbirth experience, which includes having a companion of choice present during delivery. Additionally, in many cases, these women don’t need to give birth by caesarean section, which should only be performed when medically justified.

These procedures are not only disrespectful to human dignity by denying women’s rights, but they are not based on evidence either.

However in Uruguay, the ‘Group for the Humanization of Birth in Uruguay’ issued a public statement on their Facebook page where they assert being ‘overwhelmed’ by the amount of women that have contacted them to report how hospitals in the country have prohibited them from being accompanied by a person of their choice during fetal scans, labor, and birth. The post garnered hundreds of testimonies in the comments thread from women around the country, as pointed out by Human Rights in Childbirth.

According to Open Democracy, women giving birth across Latin America during COVID-19 have faced increasing pressure to have caesarean sections. The investigation also found numerous reports of mistreatment of women in labour, bans on birth companions, and refusals from medical staff to treat women during emergencies despite laws in many countries against ‘obstetric violence’ and ‘abusive medicalisation’. This study includes Uruguay.

It has also been shown that mitigation measures to the COVID 19 pandemic aggravate the effects of the global ‘syndemic’—the combination of two or more variables that create worse effects—on the reproductive process of the social sectors most violated in their rights. According to a study that took place on the reference maternal hospital in Uruguay, these effects can include a higher incidence of preterm births, low birth-weight babies, and small gestational fetuses.

Activists, human rights advocates, and organizations have played a major role in reporting and highlighting these effects on human rights of women during pregnancy, labor and puerperium throughout the world and in our country.

It is necessary that policies implemented during the COVID-19 pandemic or any other sanitary threat of this kind are respectful of human rights of women and newborns, and that we avoid these disrespectful experiences in maternal health to be repeated in a future worldwide crisis.

Romina Gallardo Duarte is an Uruguayan lawyer from Universidad de la República. She is a women’s rights advocate, co-founder and member of Gestar Derechos (Breed Rights), an interdisciplinary group that provides legal advice and support to women that suffered obstetric violence.