Too few foundations support human rights in the Global South, and many of those northern funders who do support rights continue to make old mistakes. There are new players in unexpected places, however, who offer promising examples.

The next generation of foundations in the Global South will likely be the vanguard of experimentation and learning. A look across the current funding landscape for human rights and justice in the Global South suggests reason for both disappointment and for optimism. For the sake of this review, I put aside official government aid—there is plenty there to discuss—and only look at the smaller world of private philanthropic giving.

Most past criticisms of foundation support for human rights and justice are still relevant. These critiques—apart from the very real problem of simply not enough money—include concern over weak funder strategies, timidity, short attention span, evaluation fetish, poor or no accountability and the absence of centres of research and learning committed to funding rights and justice.

Most funders who express concern about poverty, injustice and the abuse of human rights still employ strategies that that can be described as ‘charity’—funding the provision of services to reduce suffering or an immediate injustice. Although these are important if you are the victim, these strategies are silent on the causes of injustice, and leave them untouched. As a result, charitable approaches rarely deal with the frequently invisible structural sources of injustice, be they legal, economic, political or cultural.

Foundations also often have unrealistically short time frames with internal pressure to fund something new, rather than sticking with the same old problem. However, the exact opposite is necessary if one is interested not only in documenting an abuse, but working to eradicate it. Social change takes time and effort, and often requires strategic evaluation assessment and adjustment. Few foundations, however, think in terms of decades of support, rather than in yearly cycles.

Another problem is foundations’ often misguided efforts to measure success, and their seemingly blind attraction to metrics. To be sure, measuring and understanding success can be a powerful tool for learning and correction. Still, most contemporary evaluative work looks at managerial and financial issues, does not measure social impact, and is deeply burdensome. Few foundations, moreover, have effective learning mechanisms.

Funder accountability is another gaping hole. An oft-cited example is the Gates Foundation, whose assets are greater than the Gross Domestic Product of 40 of Africa’s 52 nations, but is accountable to only three trustees - Bill & Melinda Gates and Warren Buffet - none of whom are African. Most funding for human rights in the Global South is still coming from the North. As a result, this is where donors take most decisions about issue framing and the choice and deployment of methods, frequently without voice from the regions where the work will be done. While care must be taken not to over-regulate foundations and unduly restrict their creative abilities, there remains room for more thoughtful rules about governance and accountability. This is especially true where such enormous power and (what is now public) wealth are unhealthily concentrated in the hands of a few.

What, then, is the good news about global funding for human rights? There are some exciting trends worthy of note, including new funders, different kinds of funders, and new networks to strengthen them.

Over the past two decades, the global foundation landscape has changed profoundly, with many new foundations based in, and indigenous to, the Global South. New institutions like TrustAfrica (Senegal) and the African Women's Development Foundation (Ghana) now speak to Africa, from Africa. Though still heavily reliant on overseas funding, these groups are increasingly raising money from African donors, including individuals, civil society groups and corporations. For example, several African national air carriers have “donate spare change” envelopes in the seat pockets. More importantly, these African donor organizations offer a different voice in the intra-funder conversation. 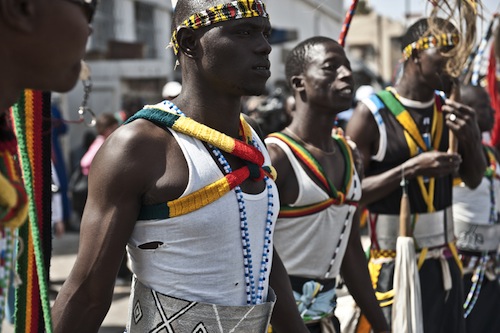 Other independent foundations in Africa, Asia, Latin America and the Middle East are increasingly visible—though not all are committed to human rights and justice. Several large funds in the Persian Gulf, for example, seem more interested in marketing the donor’s name. But in another exciting example, the Welfare Association in Palestine has shifted over the years from providing services to funding programmes focused on rights and justice. In Israel, the New Israel Fund is under attack by conservatives for its firm support of human rights and social justice. In India the Dalit Foundation is run by, organizes, trains and champions the rights of dalits (so-called untouchables) against remarkable odds.

There has also been a rapid growth of funds explicitly devoted to human rights and justice. Some, like the Brazil Human Rights Fund and the Arab Human Rights Fund, are specifically designed to serve a particular region or, in the case of the Fund for Global Human Rights, to offer grants more broadly. Others like the Astraea Lesbian Fund for Justice , which provides grants in 39 countries, and the Santamaria Fundacion GLBT in Colombia, are among a rapidly growing number of foundations that support LGBT rights, and can be found in almost every corner of the globe.

Another important trend is the growth of community-based funds across the Global South. Unlike their counterparts in the U.S. and U.K., where community foundations are often politically timid, many of these community donor groupshelp build constituencies among marginalized groups  and negotiate for their rights with the state. The Kenya Community Development Foundation (Nairobi), the Waqfeyat al Maadi Community Foundation (Cairo) and the Amazon Partnerships Foundation (Ecuador), among many others, pose a new vision for developing stronger communities. They also challenge many assumptions of outside development aid, such as imposed problem identification and strategies, and lack of community agency. Most mainstream foundations in the U.S. and Europe, as well as most bi-lateral aid agencies, are unaware of this growing phenomenon.

Perhaps the most impressive collection of funds are those focusing on the rights of women and girls. While the Global Fund for Women (US) and MamaCash (the Netherlands) operate worldwide, a rapidly growing number of women’s funds are anchored in national and local communities. From Serbia to Mongolia, and from Bulgaria to Bangladesh, there are almost 50 members of the International Network of Women’s Funds (INWF). This number does not include the women’s funds in the U.S. While many of these funds have very limited budgets, they represent a new movement of philanthropic giving. One particularly impressive example is Tewa, the women’s fund of Nepal, which has raised funds from over 3,000 Nepali donors, most of very modest means. Although large foundations often belittle small donations of this kind, they misunderstand the critical importance of building local power and community ownership. Tewa and the other women’s funds are closely linked to one another by the INWF, and demonstrate a high degree of collective work and joint learning, unlike most mainstream foundations. In some instances, women’s funds form regional coalitions, as in the case of Latin America, to deal with common issues.

INWF is just one of several active funder networks supporting human rights and justice in the Global South. These new networks have a vitality and seriousness of purpose largely missing in the North. Exceptions include groups such as Ariadne in Europe, which has partnered with the International Human Rights Funders Group to work on funding for human rights worldwide. Several issue-based groups (e.g., Foundations for Peace) and location-specific ones (e.g., the African Grantmakers Network) are actively engaging their members in work that deals with human rights, social justice and peacebuilding issues—changing the traditional role of foundation associations.

So, while old problems remain, new funders are emerging with an explicit commitment to justice and rights. They are challenging the dominant philanthropic discourses, and in some instances, are experimenting with radically different practices. In one example of new thinking, a few groups are talking about moving away from sole reliance on foundation support and looking not at discrete grants—but the possibility of tapping small percentages of massive international financial resource flows. Ideas like these point to the role of this next generation of foundations in the South as the likely vanguard of experimentation and learning.

Christopher Harris was Senior Program Officer for Philanthropy in the Peace and Social Justice Program of the Ford Foundation for a decade. He now works as a consultant to foundations, and works with the international Working Group on Philanthropy for Social Justice and Peace, which he founded.