Recent research reveals the impact that international covenants could have on government taxation and expenditures. Based on civil society organization (CSO) campaigns around the world, human rights law—coupled with budget analysis—can be a powerful tool to hold governments to account for how their policies affect the poor.

Government budgets are political. Who wins and who loses from how a government taxes and spends is inextricably linked to the political calculus that is the politician’s stock-and-trade. As a result, groups far removed from power, like the poor, are at a double disadvantage—despite greater need they are at greater risk of being cut out of their fair share of public resources.

But what is often overlooked is that, in 160 signatory countries, international law mandates that governments must not only provide services equitably but also must invest resources in addressing inequalities arising from past discrimination. Economic and social rights can indeed help the poor—despite arguments to the contrary—and using budget-based evidence can improve and help enforce these laws.

Born in the cold-war era, the International Covenant on Economic, Social and Cultural Rights (ICESCR) was often characterized as the communist counterpart to the West’s Covenant on Civil and Political Rights. Whereas civil and political rights were largely understood as setting limits to what governments can do—as in not locking up critical journalists, or practicing torture—the ICESCR explicitly compels governments to act. It enshrines the right to food, education, jobs and healthcare regardless of “race, colour, sex, language, religion, political or other opinion, national or social origin, property, birth or other status.”

Today it is well recognized that governments must refrain from certain actions and also take proactive steps in order to realize both sets of rights. And the ICESCR spells out the principles for government action: using the “maximum of available resources” to “realize progressively” and “without discrimination” the rights enshrined in the covenant. The covenant, therefore, has important implications for how governments raise revenues and spend resources. 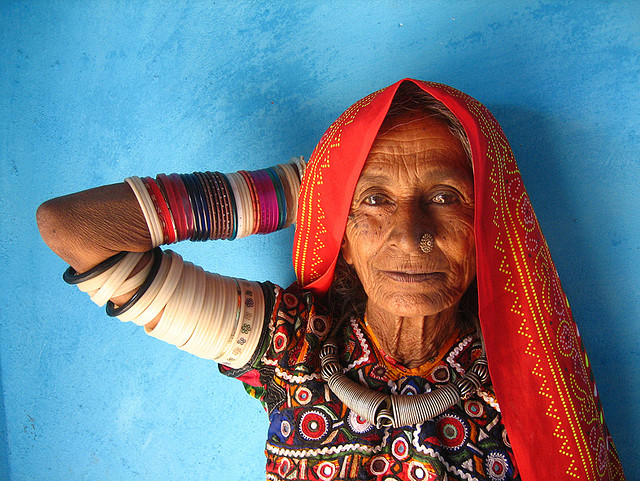 Dalits in India have long faced systematic discrimination. Today the majority live in poverty and over half are illiterate. The National Campaign for Dalit Human Rights used budget analysis to reveal that, despite government rhetoric, Dalits were being systematically short changed in government spending.

For this reason, the International Budget Partnership (IBP), together with partners from around the world, has published a handbook on what the covenant means for government budgets. We found that the budget is a powerful and under-utilized tool to hold governments to account for their human rights obligations.

The obligation of non-discrimination is at the heart of the covenant. In budgetary terms, this means raising revenue and delivering services in ways that account for the disadvantages groups might face within society. Put another way, resources need to be invested in levelling the playing field.

For example, the Dalits in India have long faced systematic discrimination. Today the majority live in poverty and over half are illiterate. The National Campaign for Dalit Human Rights used budget analysis to reveal that, despite government rhetoric, Dalits were being systematically short changed in government spending. The ICESCR is the perfect instrument to anchor such claims in international law.

The covenant also obliges governments to raise and invest the “maximum of its available resources” to secure people’s rights. Notably, governments must not merely allocate money toward securing rights but must justify their spending decisions in terms of their impact.

When the Tanzanian advocacy group Sikika discovered that a large chunk of the health budget was being spent on international travel, expensive hotels and allowances for civil servants, they questioned the effectiveness of such items. Were these expenses the best way to ensure equal access to healthcare for all? Perhaps. But under the covenant such expenditures would require clear justification.

Moving in the right direction

The covenant acknowledges that the realization of all economic, social and cultural rights is not immediately achievable in all countries. However, it commits signatory governments to the “progressive realization” of these rights. Reforms that limit a government’s ability to deliver them may be in breach of this obligation.

In 2008 the government of Brazil proposed a tax reform that would have slashed resources earmarked for expenditures critical to the poor. The Instituto de Estudos Socioeconômicos conducted analysis showing how the cuts would threaten the delivery of basic services. The reforms were ultimately found to be unconstitutional and scrapped. But even if such policy was not found to violate national law, the covenant could have been used to invoke the government’s obligation of progressive realization. Such cuts would have invariably diminished access to services and presumably reduced the enjoyment of basic rights.

The success of the campaigns cited above hinged on having the right information at the right time. Sikika would not have been able to call out the government for its health spending had the group not had access to the health budget. While there is currently no binding international law to guarantee budget transparency, the UN has adopted a resolution and various international standards setting bodies have issued good practice guidelines.

To monitor progress toward greater budget transparency and participation, IBP works with local independent researchers around the world to produce the biennial Open Budget Survey. More recently, we have launched the Open Budget Survey (OBS) Tracker in 30 countries, providing monthly updates of which budget documents governments are making public. The hope driving both efforts is that regular, comparative information on how open their government is being with budget information will assist civil society to push for greater transparency.

Understanding how governments are managing public money is crucial for sorting reality from rhetoric.

What it all comes down to is that governments must be accountable for how their decisions affect the poor and marginalized. Civil society is integral to achieving this. Understanding how governments are managing public money is crucial for sorting reality from rhetoric. For this reason, governments’ budgets should be of interest to everyone—and efforts to open up new spaces for participation and define new ways to make information available and accessible to the people must increase.

As we’ve seen, many of the social injustices and ineffectual government decisions that drive local civil society campaigns are also of concern under international law. But we are just beginning to explore the potential of this long-established covenant. What is clear, though, is that budget analysis coupled with the ICESCR could be a powerful new tool for mitigating how much the powerful win and the marginalized lose amid the political realities of public finance. The possibility of holding governments to account, pushing them to be more transparent and demanding budgets that align with the commitments that they made, is consistent with the governments’ own rules. But it is up to us to hold them to their word.

The International Budgets Partnership is hosting a series of webinars on “Budgeting for Human Rights.” Sign up to join online and tweet your comments to #Article2.

Helena Hofbauer is the Director of Partnership Development and Innovation at the International Budget Partnership. In 1999 Hofbauer became the founding director of Fundar, Centro de Análisis e Investigación in Mexico and has pioneered civil society engagement in budget issues, access to information, and participation in decision-making processes, among other related topics. Helena is based in Mexico City and works with groups throughout Africa, Asia, the Middle East and North Africa (MENA) and Latin America.