Budget transparency has the potential to make governments more accountable, but research shows that it occurs most often where it is least needed.

How can citizens and civil society ensure that government is accountable to them? Budget transparency—making public revenue, spending and other budget information available and accessible—has received a great deal of attention over the last several years as one possible answer to this question. Activists, donors and new global initiatives like the Open Government Partnership all hail the promise of open budgets as a way to empower individuals and groups to protect basic rights and hold their governments to account.

The promise of transparency policies like open budgets is to empower citizens and civil society to better make demands of governments. As Helena Hofbauernoted, this can be an  essential tool when socio-economic rights are not being upheld, or when governments’ actual spending does not match their commitments.

Whether information disclosure alone can bring about policy change, however, is debatable. Some researchers emphasize the challenges citizens face in accessing and interpreting information in useful ways. The open budget movement attempts to overcome these challenges by relying on civil society and other intermediaries to analyze and interpret government data, presenting it to citizens in easy-to-understand and relevant ways. In the United States, for example, groups like the Sunlight Foundation play this role.

However, there is another, more fundamental question that open budget advocates must confront: why do politicians choose to support openness in the first place? No politician, especially in a corrupt political system, wants to invite greater scrutiny of his or her use or misuse of public resources. Such scrutiny threatens the risk of scandal, constrains their ability to use funds to make deals and reward allies, and can give their opponents new fodder for criticism. Outside pressure—such as from international donors and lenders—can provide a “push”, but it is usually all too easy for politicians to enact only “window dressing” reforms that satisfy outside demands while changing little.

In a study published earlier this year, I sought to answer this question by focusing on a related variety of transparency policy. Freedom of information (FOI) laws, also often called access to information or right to information laws, have been passed by one hundred countries around the world (the most recent being in Paraguay just last month). These laws enable individuals to request any document or information from their government, including budgets, that does not specifically fall into an exempt category such as national security or personal privacy.

Yet many governments have delayed and resisted passing FOI laws, even to this day. Concerted civil society campaigns for passage, assisted by foreign allies and funders, were met with repeated failure for years or even decades in countries ranging from the United Kingdom and Spain to Brazil and Nigeria. Many countries, like Cyprus, Ghana, Kenya, the Philippines and Zambia, continue to delay, despite repeated promises that a law is just around the corner. Why this variation in embracing transparency? 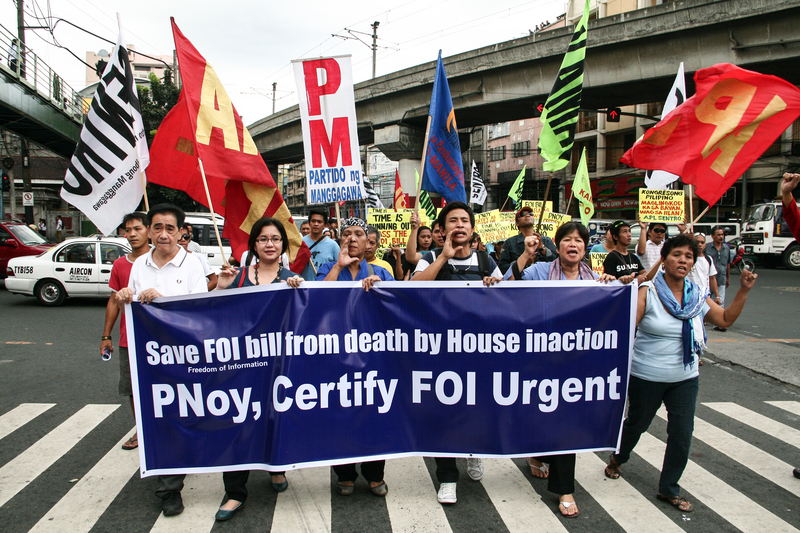 I found that passage was most likely when ruling groups of politicians faced high levels of uncertainty about their future control of office. It was under these circumstances, such as when a strong opposition party stood a good chance of winning upcoming elections, that politicians in power felt most compelled to signal their commitment to good governance. And further, it was under these circumstances that transparency would be most useful to ruling groups themselves in case they lost office—as a way of holding to account those who took their place.

Openness may hold great promise, but only where it can be genuinely put into place by politicians themselves

In a new study coauthored with Aaron Erlich, we found the same dynamic at work among Mexican states. While Mexico adopted a federal FOI law in 2002, it did not apply to its thirty-one states or the federal district, instead requiring them to pass their own laws. Some did so right away, while others delayed for up to five years, during which time their citizens were unable to enjoy the same levels of access to information as those in other parts of the country. Studying the timing of these decisions by state politicians, we found that among both states ruled by the national governing party and states ruled by opposition parties, there were examples of both rapid passage and of delay. Instead, the common factor best explaining the timing of passage was the competitiveness of state elections, and thus the extent to which those in power faced uncertainty over remaining in power. Not only were states with an entrenched dominant party more likely to delay passage, but once they did ultimately pass a law, those laws tended to be far weaker in their institutional design than laws in more competitive states.

These findings have clear implications for open budgets: politicians are likely to resist openness unless they have direct political incentives to act differently. This is also borne out by other recent research on budget transparency. Joachim Wehner and Paolo de Renzio, for example, analyze countries’ performance on the Open Budget Index. They find that countries with free and fair elections tend to score higher, and that among democracies, those with more partisan competition score higher still. Statistical analysis and case studies in a recently published book show that several factors shape fiscal transparency, including political transitions and competition, economic crises, corruption scandals and external demands.

Further research is needed, but the findings of these studies should sound a cautionary note for advocates of budget transparency. Openness may hold great promise, but only where it can be genuinely put into place by politicians themselves. And this may only be possible where openness can somehow be in politicians’ own political interests. Most of the time, this rules out precisely the places where the promise of openness is most sorely needed.

Daniel Berliner is an Assistant Professor at the University of Minnesota. His work has appeared in The Journal of Politics, Law and Society Review, Regulation and Governance, and the Journal of Business Ethics, and is forthcoming in the American Political Science Review, International Studies Quarterly, and Policy Studies Journal.