In the paternal drive to offer aid, victims and their knowledge are viewed as inferior, but rights activists need to admit their ignorance and question their positionality. 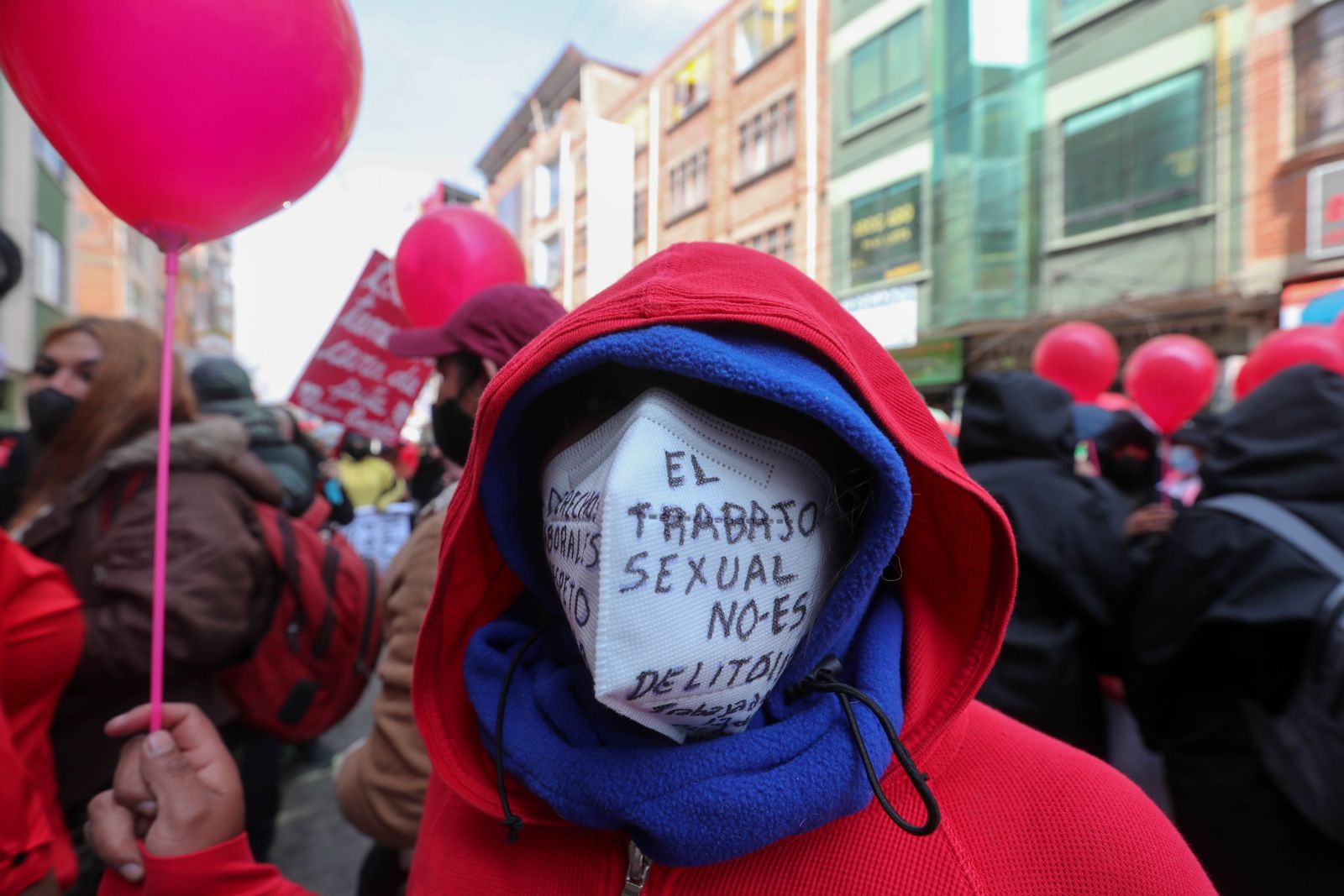 A sex worker wears a mask that says "Sex work is not a crime" while participating in a protest in La Paz, Bolivia in September, 2020. EFE/Martin Alipaz

“It is certain, in any case, that ignorance, allied with power, is the most ferocious enemy justice can have.”

Human rights stakeholders are accustomed to working with the negative side of ignorance as it manifests itself in ignoring human rights norms, the closed-mindedness of prejudice, and beliefs in pernicious conspiracy theories.

But “paternal ignorance” is often ignored in human rights work, as it stems in part from the self-reinforcing community of activists and the exhilaration of helping someone that is perceived as being in a position of supplication. This paternal drive to offer aid means that victims are viewed as inferior and thus their knowledge is marginalized. There is little reason for activists to admit their ignorance or question their positionality. As Teju Cole explained, in the desire to rush in to save, we have little time to understand all the nuances of a situation. He states what should be obvious: “if we are going to interfere in the lives of others, a little due diligence [to understand the larger context] is a minimum requirement.”

I have seen this most clearly in my work with sex worker activists caught up in the human trafficking crusade in the US. Consensual sex workers are rarely consulted or listened to in anti-trafficking discussions in the US, despite often being in the best position to identify trafficking victims and intimately understanding various forms of exploitation.

Feminist and anti-racist writers have further developed important negative aspects of ignorance, and they also point to positive dimensions of ignorance, such as humility and vulnerability, that are essential for critical human rights work and I argue serve as the best antidotes for paternal ignorance. In her recent book Muddying the Waters, Richa Nagar writes that transnational feminist practices,

“are journeys enabled by trust with the ever-present possibility of distrust and epistemic violence; journeys of hope that must continuously recognize hopelessness and fears; and journeys that insist on crossing borders even as each person on the journey learns of borders that they cannot cross—either because it is impossible to cross them, or because it does not make sense to invest dreams and sweat in those border crossings”.

To understand what Nagar means by epistemic violence, I use Miranda Fricker’s distinction between testimonial injustice and hermeneutic injustice. Testimonial injustice, that oppressed people’s knowledge is systematically devalued, is increasingly recognized by human rights workers, with many methods proposed for amplifying the voices of the marginalized. Hermeneutic injustice refers to knowledge claims not being heard because they do not fit existing conceptual frameworks.

At the macro level, decolonial scholars such as Walter Mignolo and Boaventura de Sousa Santos have analyzed how modern scholarship has systematically silenced alternative discourses that do not fit the ideal of objective knowledge. This also occurs when individual complaints are not heard because they are not framed in the correct legal or human rights language. And it operates among marginalized individuals when they look in the mirror and cannot make sense of who they are because of well-entrenched societal prejudices.

But Nagar’s argument that some borders will not and cannot be crossed cuts against the grain of much human rights work based on the ability to build empathy and increase knowledge and understanding. What do you mean I cannot know something or understand an experience? I just need to do more research, attend more conferences, undergo more self-criticism, and collect more testimonies. However, our positionality often means that there is some knowledge we will never understand, and in fact we may not merit hearing some truths.

These two forms of injustice reinforce each other, as seen in Fricker’s analysis of To Kill a Mockingbird: “those on the jury for whom the idea that the black man is to be epistemically trusted and the white girl distrusted is virtually a psychological impossibility”.  Not listening to a Black man because of his skin color is testimonial injustice, while not accepting what he says because it does not comport with their view of the world is hermeneutic injustice.

Our positionality often means that there is some knowledge we will never understand, and in fact we may not merit hearing some truths.

In addition, when certain knowledge is such an outlier to our experience, it can overwhelm our capacity to reason and lead to further devaluing of knowers and their knowledge.

Consider, for example, the “transgender sublime” as described by Benjamin Singer. When people are confronted with something they see as “unnatural”, that does not fit with their pre-existing knowledge framework, they have difficulty processing the experience. Thus, the very existence of transgendered people can be seen as an excess to society, as unwanted, as disposable, or even as threatening.

The same concept often applies to sex work. For some anti-trafficking activists, even the idea of consensual sex work is morally repugnant, and thus those who practice it are inferior knowers—so far outside acceptable categories that they are abject. But there is something more at work here as we find normally progressive activists retreating to closed-mindedness, and refusing to even listen to the voices of sex workers or even countenancing their existence.

A few years before, I was asked to be a panelist at another anti-trafficking event. I told the student organizer that I would only serve if at least one sex worker activist would be invited to speak. She agreed, but when she told the other proposed panelists, all noted anti-trafficking activists in Arizona, they withdrew from the panel. The student was then frantic that she would not have a full panel, so I invited several sex worker activists to speak. It was one of the most interesting and informative panels on anti-trafficking, and the audience was extremely grateful for hearing a perspective that they rarely heard.

The consequences of such paternal ignorance are grave. During the infamous Project Rose in my home state of Arizona, anti-trafficking zealots worked with police to round up vulnerable consensual sex workers in the name of identifying sex trafficking victims. One of the leaders, herself strongly opposed to sex work, said that those who have worked as consensual sex workers are “too damaged” to speak for themselves or even to judge what actions are best for them. She said, “once you’ve prostituted, you can never not have prostituted. . . . Having that many body parts in your body parts, having that many body fluids near you and doing things that are freaky and weird really messes up your ideas of what a relationship looks like, and intimacy.”

Two social work scholars writing of Project Rose concluded what should be obvious but is likely obscured once again by paternal ignorance and the sublime: “We believe that targeting people for arrest under the guise of helping them violates numerous ethical standards as well as the humanity of people engaged in the sex industry.”

William Paul Simmons is a professor of Gender & Women's Studies and director of the online Human Rights Practice graduate program at the University of Arizona.