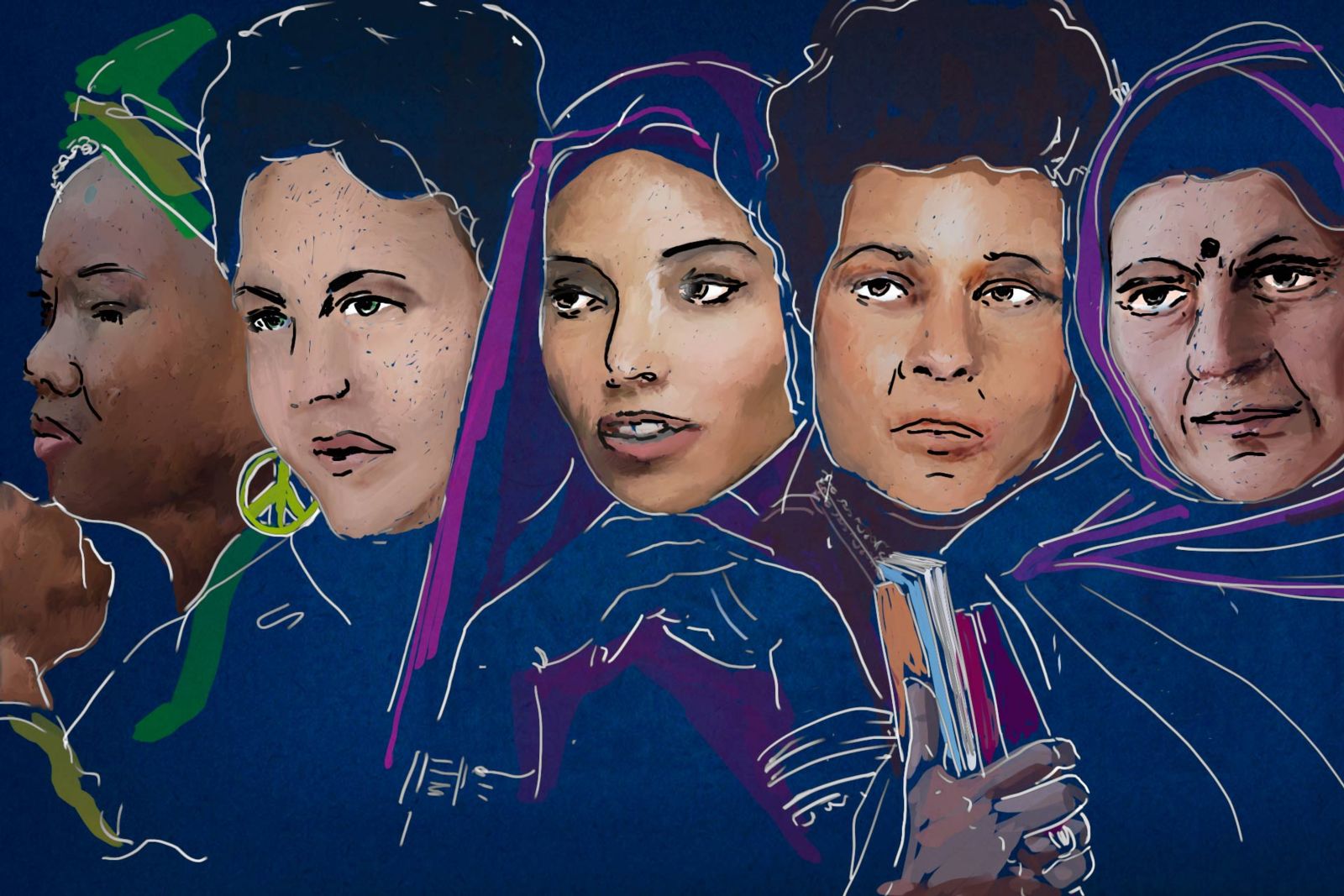 What if the international legal framework of human rights was shaped by overlooked women from the Global South who argued for the universality of human rights against colonial and patriarchal interests?

In the recently published book Women and the UN, scholars from different disciplines revisit some of the crucial UN documents that shaped human rights into a universal language of gender equality and non-discrimination. This new history of international human rights demonstrates how human rights and gender equality were inscribed in the core documents of the UN thanks to women delegates from the Global South. The inclusion of gender equality and non-discrimination due to sex in the UN Charter and the UDHR was in large part due to Latin American and Indian women delegates. The suggestion made by colonial powers to include a clause in the covenants and core conventions of the UN, excepting the applicability of human rights to non-self-governing territories, was defeated thanks to women delegates from the Global South.

What the authors in the volume Women and the UN contribute  is an understanding that the dominant historical narrative of the creation of international human rights from the inception of the UN diminished the role of women from the Global South in how they have shaped international norm setting. They did so many times in conflict with both western feminists (those who limited women’s rights to certain issues or contexts), male delegates from their own countries (who enjoyed the privileges of unequal systems), and representatives of the time from colonial powers (who opted for a colonial application clause in the human rights conventions).

At the adoption of the UN Charter in 1945, Latin American feministas, headed by Brazilian Bertha Lutz,  lobbied and managed to include Article 8 which ensures women to hold office in UN bodies, that non-discrimination based on sex was repeated in several articles of the Charter, and the equality of women and men were mentioned in its preamble.

Three years later, at the adoption of the UDHR in 1948, India-born Hansa Mehta, who was the only woman delegate beside Eleanor Roosevelt in the Commission on Human Rights, changed the wording in the UDHR from ‘the rights of man’ to ‘human rights’ and from ‘all men’ to ‘everyone,’ and ‘all human beings.’ Hansa Mehta was supported by the Commission on the Status of Women, which was created because of the continued pressure by delegate Minerva Bernardino, the Dominican Republic. When the UDHR reached the Third Committee of the UN General Assembly in 1947, Shaista Ikramullah of Pakistan amongst others argued against a US deletion of Article 16 on the rights connected to marriage, and for an explicit mention of the rights for women in marriage and at its dissolution.

In the 1950s, women delegates Lakshmi Menon  and Begum Shareefah, both from the newly independent state of India, criticized the UDHR for being abstract. The Declaration’s ‘lofty’ articles were later translated into ‘real rights’ for women through the first binding UN treaty on human rights concerned with rights in the private, namely the Convention on Consent, Minimum Age, and Registration for Marriage. Another early convention—also from the 1950s—that tested the universality of gender equality was the Convention on the Political Rights of Women (CPW). 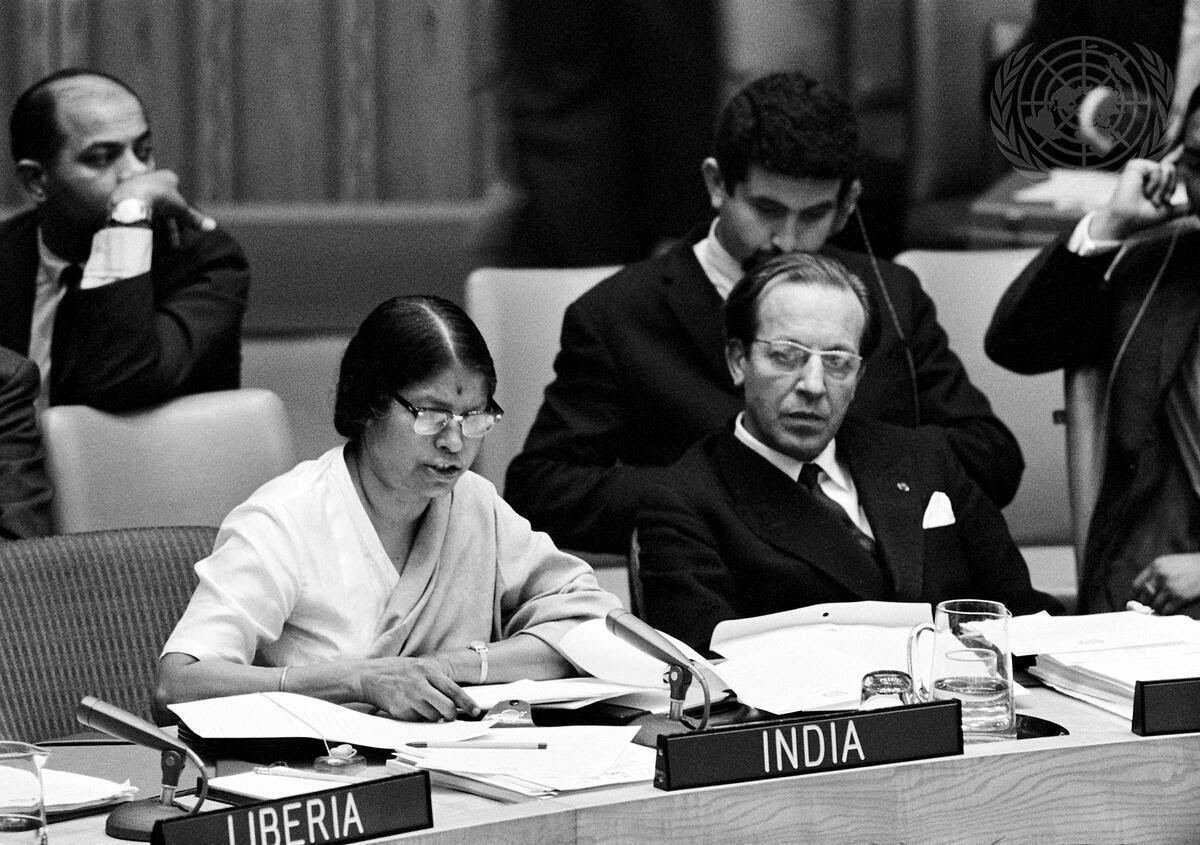 Women delegates from Pakistan, Iraq, Indonesia, Egypt, Guinea, Togo, Nigeria, and Peru notably questioned why women under colonial rule should be precluded from these conventions. Marie Sivomey (Togo), Jaiyeola Aduke Moore (Nigeria), and Jeanne Martin Cissé (Guinea) pointed out that it was unfair of western representatives in the UN to use custom to exclude women in different parts of the world from their right to vote and their economic rights. Aziza Hussein (Egypt), Artati Marzuki (Indonesia), and Carmela Aguilar (Peru) felt that western delegates referenced custom in prejudiced ways to hold back the universalizing of human rights, and in ways that did not acknowledge the more progressive interpretations of religions that afforded women rights and freedoms. In debating the universal applicability of the Marriage Convention, Jeanne Martin Cissé (Guinea) criticized how male representatives from southern countries enjoyed the privileges of unfair legal systems while denying women support to change discriminatory legislation and customs in their addresses to the UN.

The World Plan of Action from 1975 was one of the concrete results from the first international UN Conference on Women. It speaks of women’s different social conditions and how feminist issues need to address the unjust economic world order. The Action Plan with its additional declaration were the results of a constructive yet critical debate between western and globally southern women representatives in 1975, where women like Domitila Barrios de Chungara (Bolivia) had taken part in placing women’s role in development on the agenda.

The CEDAW, adopted in 1979, which has laid the ground for international law on women’s rights as international human rights, was initially prepared by Letitia Ramos Shahani of the Philippines. Its preamble was inspired by the preceding declaration, which was crafted by Annie Jiagge of Ghana, who was the Commission on the Status of Women rapporteur at the time.

The first UN Security Council Resolution on Women and Peace and Security (UNSCR 1325) was placed for open debate under the presidency in the Council by Namibia in 2000. The resolution was prepared by several women representatives from Namibia, most notably Monica Ndiliawike Nashandi—who had fought in the freedom struggle of Namibia. It was Namibia’s women delegates in New York, Selga Ndeyapo Ashipala-Musayyi (the Deputy Permanent Representative of Namibia) and First Secretary Aina Iiyambo who shepherded the negotiations of the draft resolution.

Our collective book responds to a continued need to reveal a more complex concept of agency in International Relations  which simultaneously defends the universality of human rights from diverse perspectives. When ‘human rights’ are used in the vocabulary of structural adjustment programs and trade agreements of the World Bank, IMF, and WTO they seem to merely shield a neoliberal world order—and a continuation of colonial patterns of economic injustices internationally. Critiques from within human rights scholarship tend to reinforce the view of human rights as a western, liberal creation, perhaps unintentionally supporting an orientalism split between the civilized and the rest—which is inaccurate and dangerous.

Our research aims to change a paradigm which has seen gender equality as a western hand-me-down to the Global South to one where the south was a driver from the start. The pantheon of global feminists must now spotlight its vital and numerous southern stars.

Dr. Dan Plesch is a professor of diplomacy and strategy at SOAS University of London. His research and published works focus on strategies for preventing global war and emphasize a restorative archeology of knowledge of the effective peacemaking work in the 1940s.