Despite low levels of trust in the justice system, citizens in Chile and Colombia still make legal claims, but marginalized groups opt for informal strategies over perceived exclusionary institutions. 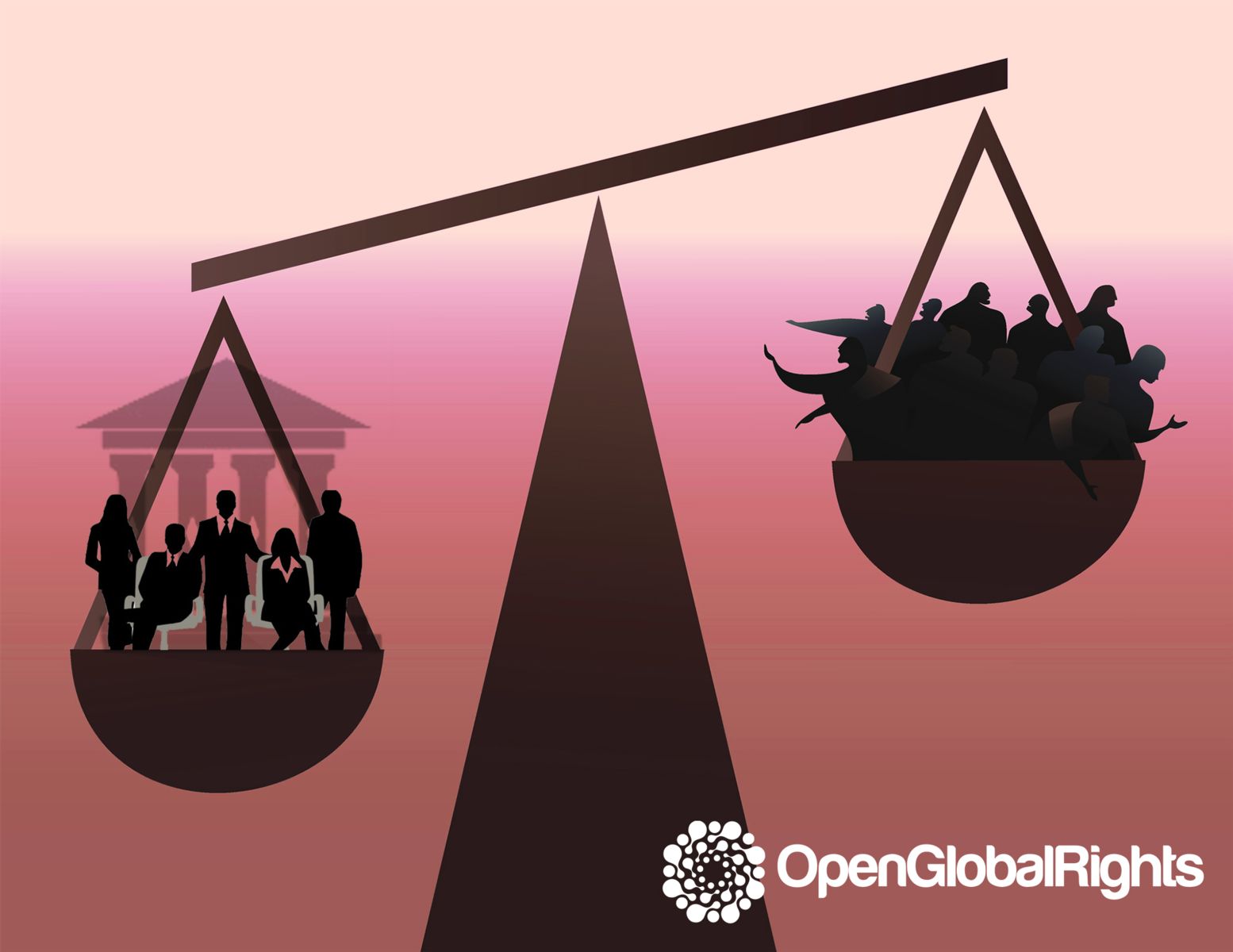 Access to justice is a human right, and is fundamental to building effective, accountable and inclusive institutions at all levels. Yet in Latin America, the world’s most unequal region, large swaths of the population lack full and equal access to justice. The average Latin American is more likely to be the victim of a violent crime than anyone else in the world, and they are also amongst the least likely to have their criminal complaints resolved. In civil matters, the legal needs of many citizens go unaddressed, negatively impacting them socially, financially, and sometimes physically. And despite advances in the scope and autonomy of courts with constitutional jurisdiction, rights protection for average citizens remains highly uneven across geographic and social divides.

Meanwhile, large-n surveys within and across countries reveal that citizens’ perceptions of justice systems in Latin America are pervasively negative. Despite huge expenditures on legal and judicial reform in the region, significant improvement in judicial sector performance in many cases, and institutional variation across countries, citizens’ negative perceptions often persist.

But how are these negative perceptions of the justice system related to the low and/or uneven access to justice in the region? The survey-based literature tells us little about where negative perceptions come from, how they are affected by the intersecting inequalities that characterize these societies, and whether and how they impact citizens’ willingness and ability to access the justice system.

In 2017, we set out to explore the nexus of inequality, perceptions of justice systems, and engagement with the legal system by conducting focus groups in two Latin American cities with robust judicial institutions and high degrees of inequality: Santiago, Chile and Medellín, Colombia. Focus groups allowed us to probe beyond survey responses to get at the sources and consequences of people’s negative views of the justice system. We chose Colombia and Chile specifically because, despite their clear historical and institutional differences, citizens surveyed in both countries consistently report similarly low confidence in their justice systems. We wanted to delve deeper to find out whether this similarity held beyond very general survey responses. We also wanted to see whether similar factors influence perceptions of the justice system in the two countries, and how and why these perceptions affect how people across social sectors engage their judicial systems.

We had discussions with groups of people who had something in common with each other: their gender, social class, age, race and/or displacement. We asked them what they would do when faced with two different scenarios: a loud and increasingly hostile neighbor; and a false accusation of theft and rough treatment by the police. To whom would they turn? What did they expect if they turned to the police, the courts or other officials? We then asked participants what they think about the justice system and where these perceptions come from.

We have three key findings:

First, we find that citizens’ decisions to mobilize law and courts are quite independent of their confidence in the justice system. Low levels of institutional trust do not necessarily discourage people, even those in disadvantaged groups, from engaging the system and claiming their rights. However, we find they may not do so with an expectation of effective redress. Indeed, many who express little faith in the judiciary would nonetheless pursue a legal process to reaffirm their status and agency as citizens, force the state to recognize their situation, and/or put official abuses on the record.

Chilean participants, for example, across gender, age, and class groups insisted they “would not remain silent” when presented with hypothetical rights violations. As “we are not in a dictatorship”, it would be important for them as citizens “to put it on the record”, to be sure a violation “is not overlooked”, even if their actions “might not achieve absolutely anything”.

Similarly, Colombians, across gender, race, and class, claimed they would report abuses by police because “this is the protocol”, and a way “to leave proof” of the rights violation. They expressed that state actors, whose duty it is “to take care of our rights and integrity”, must be held to a high standard and thus must be called out if they abuse their power, even if the complaint “wouldn’t go anywhere”. In other words, negative perceptions do not translate to legal nihilism in either Chile or Colombia.

Our second finding in both countries is that groups that have historically faced multiple types of discrimination and exclusion from power perceive that they are treated unfairly by the justice system. As a result, these groups diversify away from state and institutional routes and use a combination of non-state strategies to resolve their conflicts and redress harms (e.g., community meetings, NGOs, personal reconciliation, vigilante justice, or calling on criminal gangs that operate within neighborhoods). When these resources are less available, giving up is also more likely. For example, in Chile, poor women perceive fewer options than their Colombian peers and thus, in the face of threats, view “leaving” the neighborhood as the only solution. Groups with multiple or intersectional exclusions—for example, Afro-Colombian or displaced women in Colombia, overall opt to use non-state routes the most, while wealthy men use these alternative routes the least, as they see themselves as being able to work the system and have the economic resources to do so.

Third, we find significant differences between the ways in which Colombians and Chileans understand their rights and the degree to which they are familiar with the institutional remedies for conflict. Colombians across social categories have a deeper knowledge of their rights and of the nuances of the justice system, saying things like "I would go to the Human Rights Office immediately because [the police] cannot treat you that way" and “the Office of Human Rights believes the citizens more than they believe the police.” By contrast, Chileans, especially from low-income groups, report low levels of self-efficacy vis-à-vis the justice system, evident in statements such as, “I told my son we should make a report [about a rights violation] but I did not know where to go.” This was emblematic of a more broadly perceived “lack of information” and “not knowing what the procedures are” in cases of rights violations in Chile. The reasons for these differences vary but suggest that public education may play a role in addressing these information failures.

Taken together, these findings call for mechanisms of legal empowerment that build all citizens’ capacity to identify, claim, and enforce legal rights. Among marginalized groups, there remains a desire to make legal claims, but such citizens often don’t believe they know how to work the system, or that the system will work for them. This underscores that equal access to justice involves more than physical and technical improvements to judicial institutions; it also requires clear procedures and support systems to help people successfully navigate the process. The Colombian case may offer lessons in this regard, which we hope to explore in future research both in Latin America and the US—we are conducting similar focus groups in New Jersey. It is also important, however, to recognize that not all conflicts need to be resolved through the justice system, and promoting alternatives that empower communities to prevent, defuse, and resolve their own conflicts will help reduce the pressure on already over-stretched systems.

The authors are currently working on a research project exploring how, why, and with what consequences citizens perceive the legal options available to them to resolve disputes, to respond to victimization, and to provide recourse if and when their rights are violated in Chile and Colombia. Their  research work has received funding from the Human Rights Initiative at the University of Minnesota, the Institute for Multi-Disciplinary Research Teams at Rutgers University-Newark, and the Carnegie Corporation of New York.

Lisa Hilbink is an associate professor of political science at the University of Minnesota -Twin Cities.

Janice Gallagher is an Assistant Professor at Rutgers University-Newark in the Department of Political Science. She was previously a postdoctoral fellow at the Watson Institute for International and Public Affairs at Brown University, and holds a PhD in Government from Cornell University, and an MA in Teaching at Brown University. She conducted more than two years of fieldwork in Mexico and Colombia, and previously worked as a human rights accompanier in Colombia.

Juliana Restrepo Sanin is a postdoctoral fellow at the Sié Chéou-Kang Center for International Security and Diplomacy at the Josef Korbel School of International Studies (University of Denver) and the One Earth Future Foundation.

Valentina Salas is a doctoral student in the department of Political Science at the University of Minnesota - Twin Cities.